By Dave and Adam's Card World on August 24, 2015 in Panini, Sports Card News and New Products

2015-16 Panini NBA Hoops will tip off the new basketball season for collectors this October. Hoops will be the first chance at officially licensed autographs of the 2015 NBA Draft class, including Karl-Anthony Towns and Jahlil Okafor. Hobby boxes have two autographs per box plus 20 inserts and parallels. 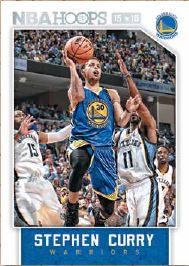 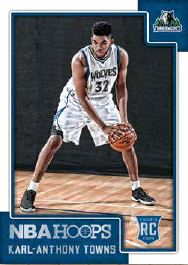 The base set for 2015-16 Hoops will feature both veteran and rookie players with a special design for each. Panini says there will seven numbered cards per box, which means the likelihood of some numbered levels of parallel cards. 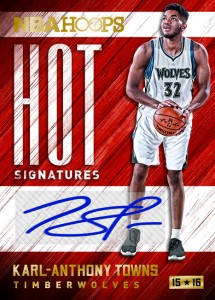 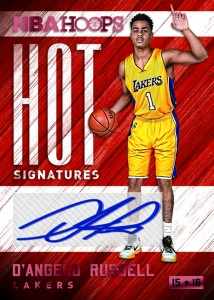 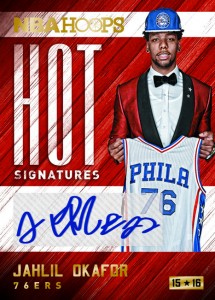 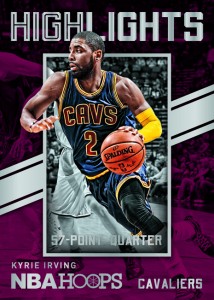 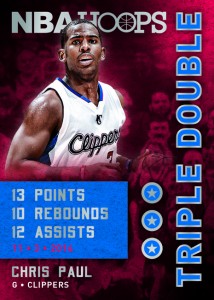 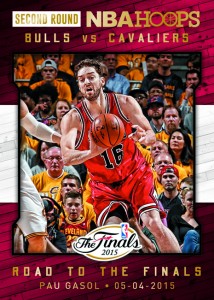 Many of the insert cards in 15-16 Hoops revisit memorable moments from the 2014-15 NBA Season. Highlights and Triple-Double both highlight incredible individual performances from last season. Road to the Finals recaps the 2015 postseason and the Golden State Warriors run to the NBA Championships. The cards from the later playoff rounds are scarcer than the opening rounds. 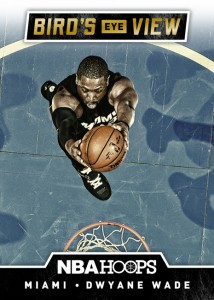 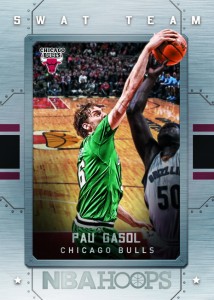 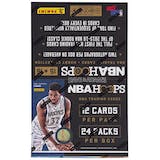 Dave and Adam's is one of the largest sellers of trading cards and collectibles in the world. Located just outside of Buffalo NY, the company operates two retail stores as well as the e-commerce website www.dacardworld.com
View all posts by Dave and Adam's Card World →
Panini announces Collegiate Multi-Sport team sets
2015 Topps Supreme Football preview