A new high for a Tom Brady card was seen last Thursday with the close of this Beckett 9.0 graded 2000 Playoff Contenders Championship Ticket Autograph card numbered out of 100. This is now the second highest price ever paid for a modern-day sports card (a LeBron James ‘Logoman’ 1:1 Rookie Card sold fr $312,000 in 2016). 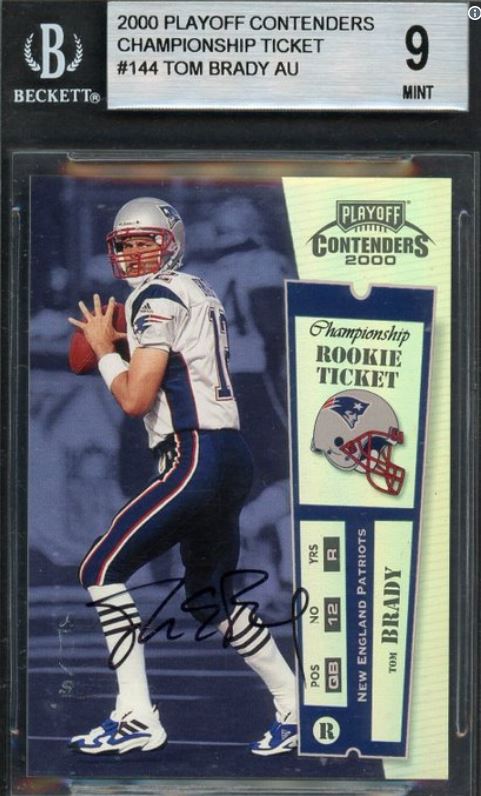 The previous high for a Tom Brady item sold at auction was a game-used worn jersey of his, which sold for $57,500 last February 2017. Making this Playoff Contenders card more valuable is the fact that it is graded a 9.0 from Beckett. Other cards have had chipping on the sides, centering issues and autograph quality concerns, which none are found on this example.

The card was previously owned by renowned Brady collector Joe Prizio, who bought the card himself just three years ago for only $15,000. He bought 12 (no pun intended) other key Brady cards from a dealer for a total of $30,000 in 2011. Prizio has all 135 of Brady’s rookie cards, most of them in the highest grade on record.

Arguably already in the same breath as other all-time legends in the big four sport like Mickey Mantle, Michael Jordan, and Wayne Gretzky, what kind of impact (if any) will last night’s Super Bowl loss by the Patriots have on Brady collectibles?