We’ve featured some of the comic books purchased through our subsidiary company Get Cash for Comics in the past, and today we have some exciting news to announce.

We are thrilled to announce that Legendary Comic Buyer Mike “Carbo” Carbonaro has joined the Get Cash for Comics Buying Team. 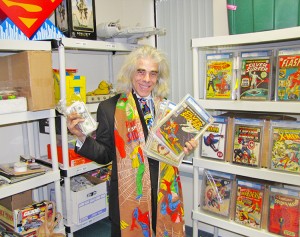 We recently sent out a press release to announce this exciting news:

Get Cash for Comics has announced that legendary comic dealer and show promoter Mike “Carbo” Carbonaro will join the Get Cash for Comics buying team. The team is composed of several expert comic buyers who travel the country in search of quality comic books.

Get Cash for Comics CEO Adam Martin is excited about the addition and had this to say, “Carbo brings a wealth of knowledge to our buying team, as well as an unmatched energy when it comes to finding great comic books. We are excited to add him to what we believe is a very strong group of buyers.”

When it comes to notoriety and experience in the comic industry, few can match the career of Mike Carbonaro. Carbo, as he’s known around the comic world, founded the Big Apple Comic Convention, ran a successful comic store for over 15 years, and is an internationally renowned authority of comic books. With over 40 years of experience in comics, Carbo has literally seen, bought, and sold it all.

Carbonaro will immediately join the Get Cash for Comics team in traveling to select comic shows as well as traveling to potential comic book sellers around the country. The first show Carbonaro will be attending is Wizard World Portland Comic Con February 22nd to 24th, followed by Emerald City Comicon March 1st to 3rd in Seattle. 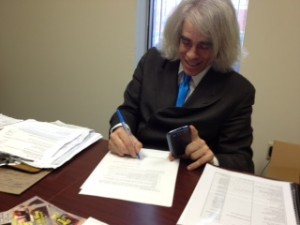 Dave and Adam's is one of the largest sellers of trading cards and collectibles in the world. Located just outside of Buffalo NY, the company operates two retail stores as well as the e-commerce website www.dacardworld.com
View all posts by Dave and Adam's Card World →
Topps Star Wars Jedi Legacy Promises Franchise’s First Memorabilia Cards
Oh Oh, Topps Magic!