By Alex LeMere on September 28, 2022 in Uncategorized

Hey, hey hobby! MereKat is back and here to fill you in on this week’s new releases!

It’s a big Wednesday for releases with Basketball, Football & Hockey to lead us into a less exciting Friday…let’s get right into it!

Probably the most anticipated release of the week, 2022 Panini Elements Football is back and bringing it’s uniqueness with it.

Elements football combines solid metal cards, patch autographs and on-card autographs to create one of the most sought-after products!

Immaculate Collegiate Football returns with the draft class of 2022!

Look for the hottest draft prospects in the 2022 NFL Draft Class, including Matt Corral, Kenny Pickett, Malik Willis and more!

Each Box contains Four Autographs, One Memorabilia, and One Base or Parallel!

The highly popular Donruss Optic Fast Break Basketball returns and delivers the Fast Break spin to the Optic Basketball 200-card base set, consisting of 150 Base and 50 Rated Rookies! 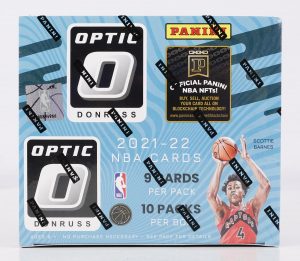 Features a diverse 230-card Base Set, including rookie redemption cards for new-skating 2021-22 rookies, and an expanded parallel lineup!

Typically known for its numerous parallels, 2022 Prizm Baseball delivers again! Look for you favorite players, both past and present in our deep 270-player Base checklist and the 18 parallels that come with it.

We also have 2022 Panini Prizm Baseball 1st Off The Line FOTL dropping Friday!

2022 Topps Pro Debut continues to grow as a marquee destination to find the brightest stars of tomorrow with all the biggest names from throughout MiLB!

Collect the entire 200-card Base Set including all the top new draft picks!

Chase some of the first rookie cards from the 2022 NFL Draft including Kenny Pickett, Matt Corral, Aidan Hutchinson and many more! 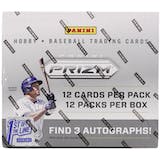