Upper Deck is bringing back an old favorite this June. 2015-16 Upper Deck Champ’s Hockey marks the return of a brand not seen by hockey collectors since 2010. Champ’s Hockey is Upper Deck’s tribute to the brand of tobacco that produced hockey cards in the 1920s. Every box will come with one autograph with on-card signature and two relic cards. 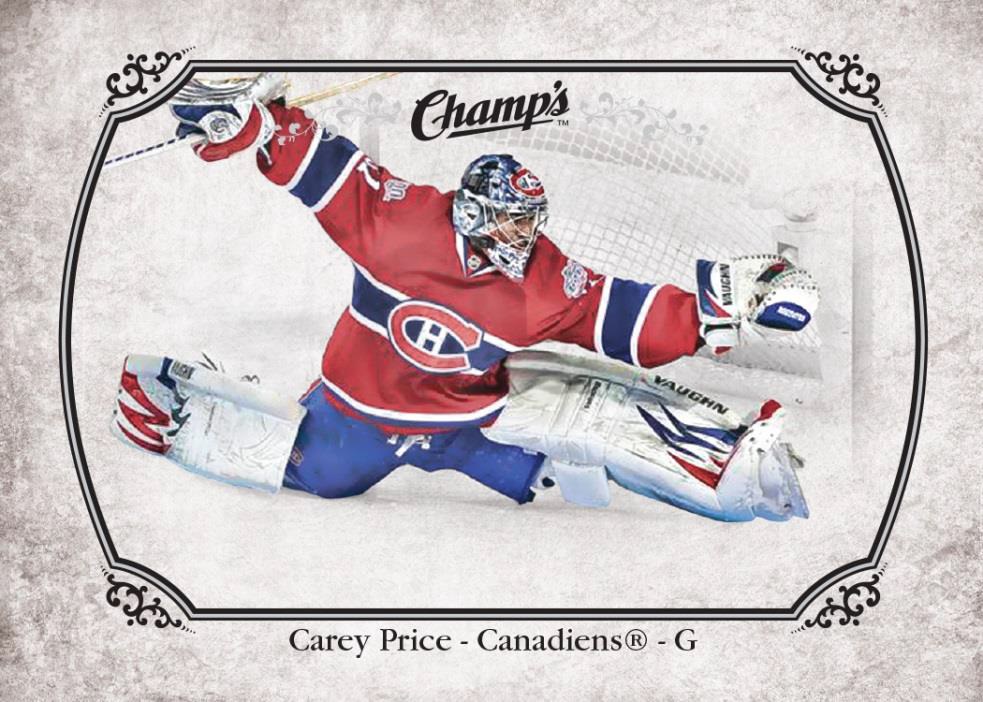 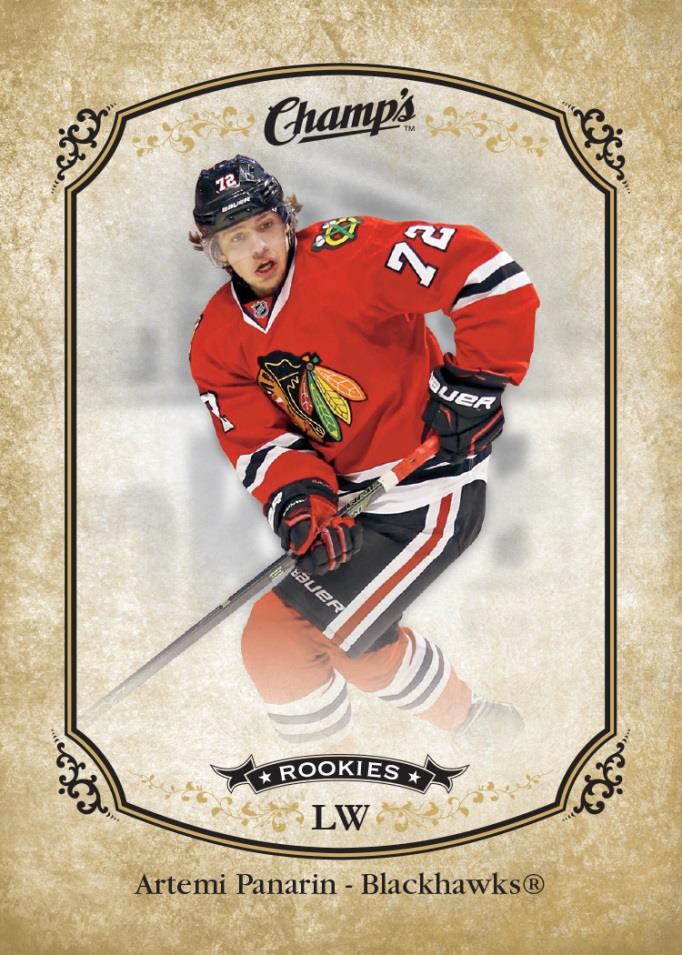 The base set for Champ’s Hockey features 315 cards. Out of those 315 base cards 180 of them are regularly available, the other 135 are either short prints (available in every other pack) or High Series cards (1:5 packs). Regular base cards and short prints have Gold Front and Gold Back variants plus Silver parallels numbered out of 25. High Series cards have Front and Back variants in addition to a parallel version numbered to 25. 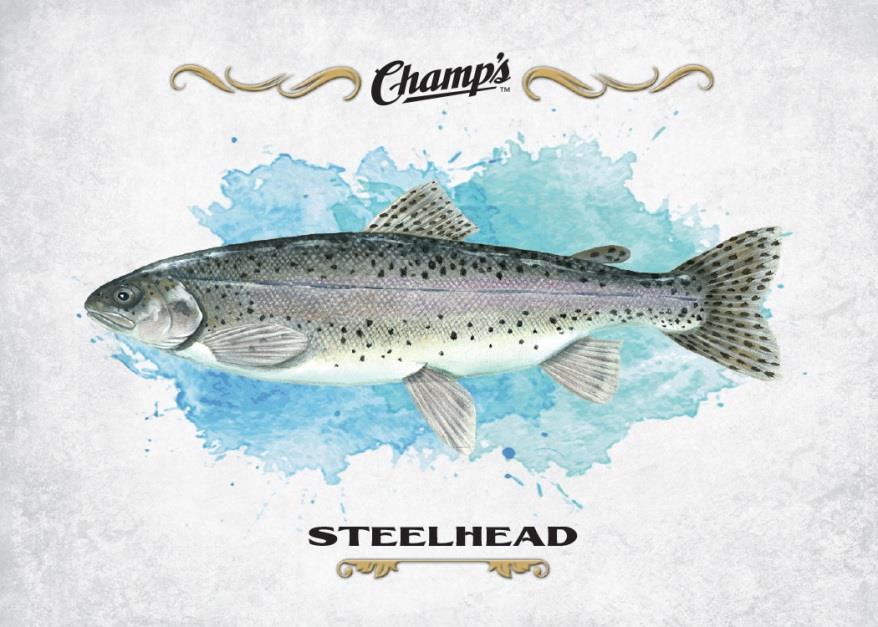 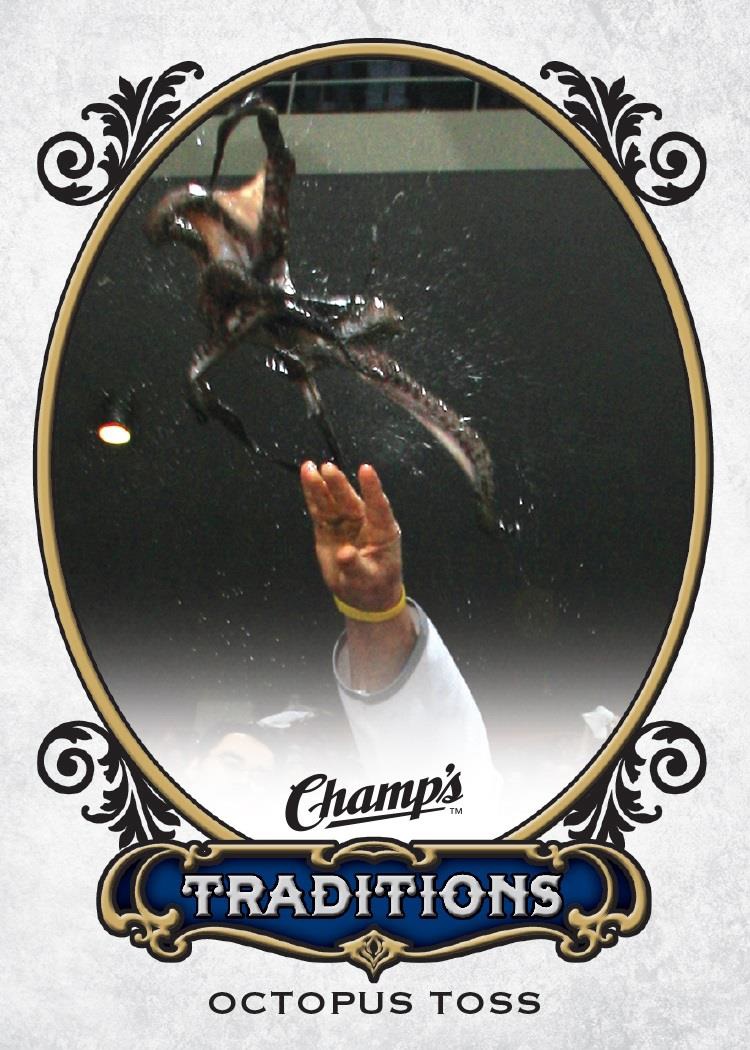 Just like similar sets produced by other manufacturers, some of the inserts in Champ’s focus on subjects outside of the game of hockey. Look for Fish (1:10 packs), Northern Wonders (1:35), Traditions (1:35) and Famous Food (1:52) inserts sets. Hockey related inserts are in Champ’s, but they are harder to find. Conn Smythe Trophies (1:200 packs) pays tribute to former Stanley Cup Playoff MVPs and #1 Pick (1:200) highlights top NHL draft picks, including Connor McDavid. 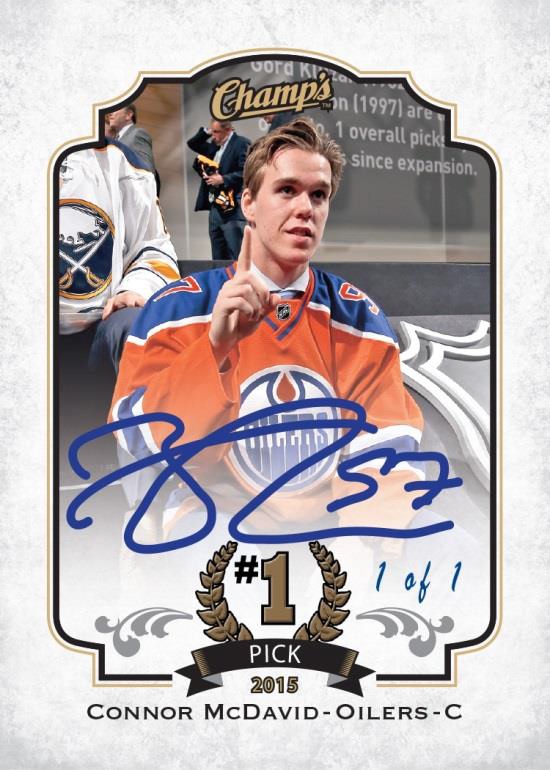 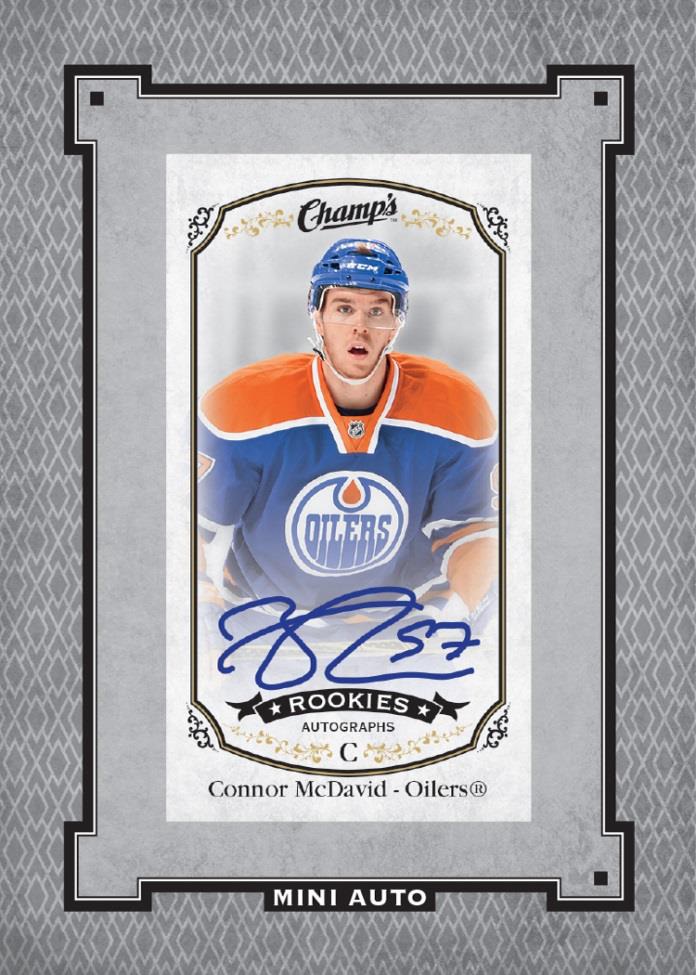 Speaking of McDavid, he is the subject of what might be the most sought after card in 2015-16 Champ’s. McDavid has one-of-one autograph parallel of his #1 Pick insert card, that will fetch mega bucks in the secondary market. Additional autograph content includes signed versions of regular base cards, short prints and High Series cards. Signed versions of Conn Smythe Trophies inserts are numbered out of 25. Outside of the #1 Pick one-of-one autos, the rarest autographs are mini autograph cards (1:1800 packs). 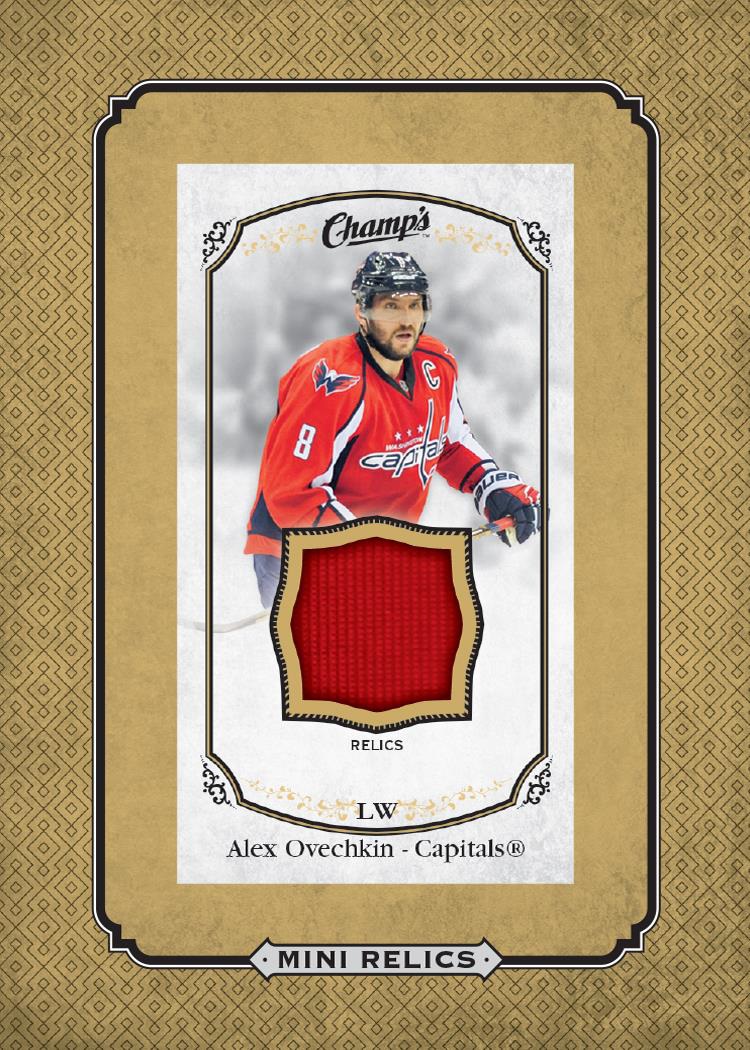 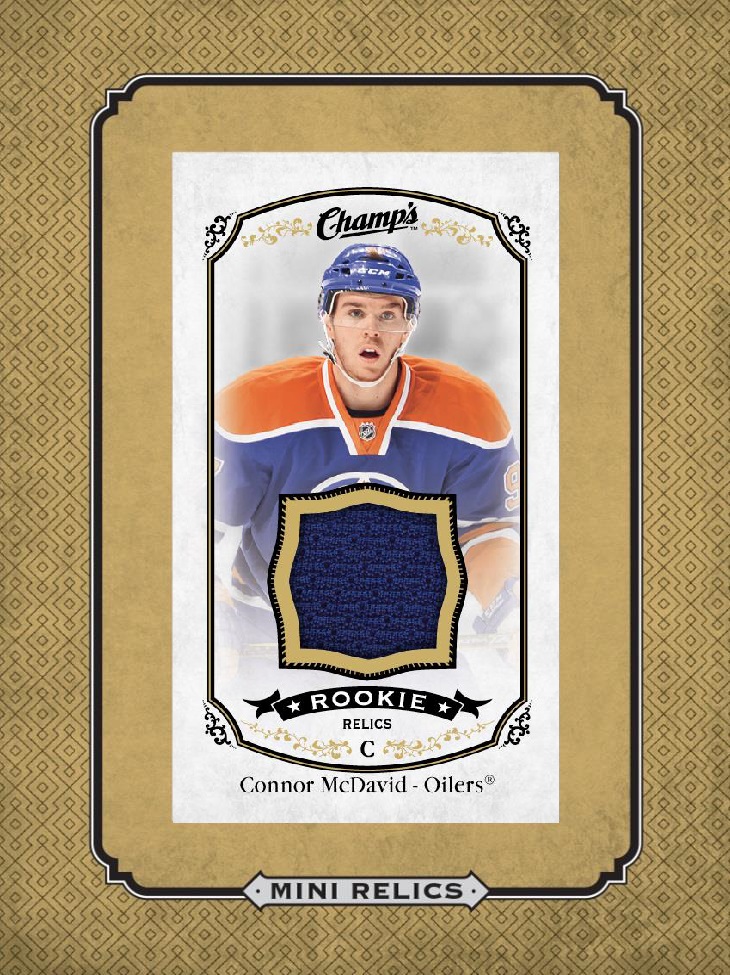 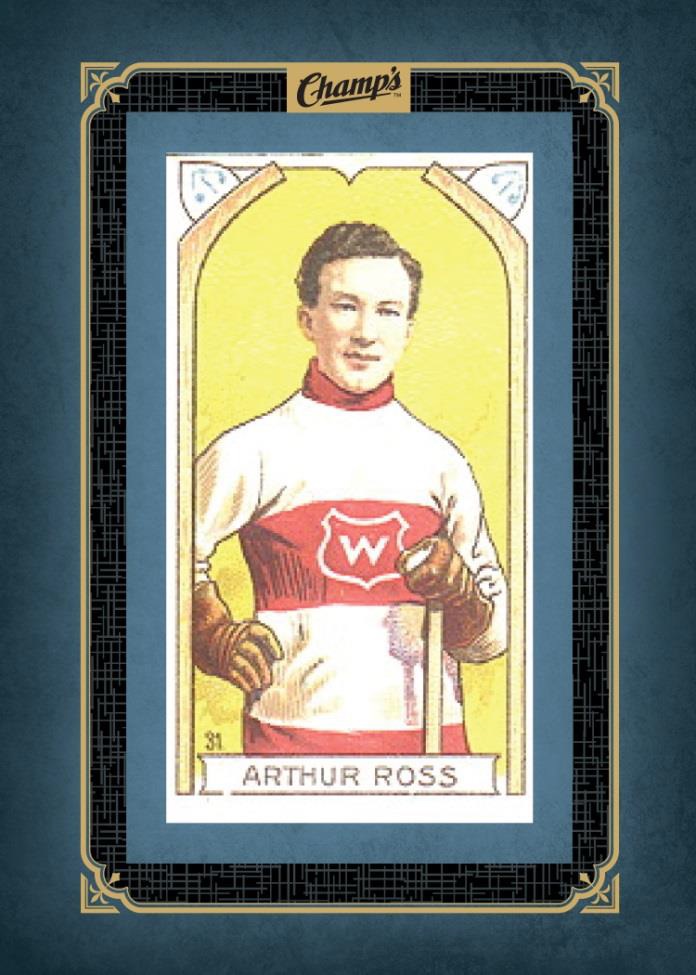 Relic hits in Champ’s Hockey include Base Card Rookie Jersey (1:15 packs) and Base Card Jersey (1:30) memorabilia cards plus Mini Jersey cards (1:400). Canadiana Relic (1:400) and Canadiana Odd Relic (1:2800) should provide us with some unique relic hits with a Canadian flair to them. Upper Deck has also include framed versions of vintage mini tobacco cards (1:1200). 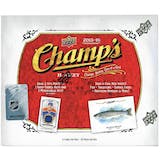 Dave and Adam's is one of the largest sellers of trading cards and collectibles in the world. Located just outside of Buffalo NY, the company operates two retail stores as well as the e-commerce website www.dacardworld.com
View all posts by Dave and Adam's Card World →
Who Needs A Mana Curve? – FNM Recap 3/4/16
Dave & Adam’s signs Sabres All-Star Ryan O’Reilly to exclusive autograph agreement