By Dave and Adam's Card World on October 17, 2014 in Sports Card News and New Products, Topps

Topps brings back the Valor brand for 2014 after taking last year off. The Valor set once again calls attention to the virtues and traits of what makes an athlete great. Instead of colors the levels of parallels in this set use words such as, Speed, Strength, Courage, Discipline and Heart. Each box of 2014 Topps Valor Football comes with one autograph card, one autograph relic card and two relic cards.

The base card set features 200 players, including rookies, veterans and retired players. Base cards have seven levels of parallels with the Speed parallel cards coming one per pack and all other parallels numbered to 499 or less. 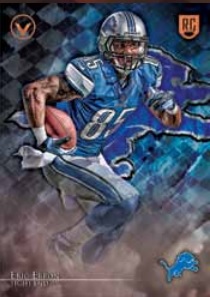 Valor Football features both single and multi-player autograph cards. Valor Autographs feature the signatures from 50 different players with five levels of parallels numbered to 99 or less. Alliance Autographs group teammates on the same card with signatures. Dual and Triple Alliance cards come numbered to ten and Quad Alliance are numbered to five. 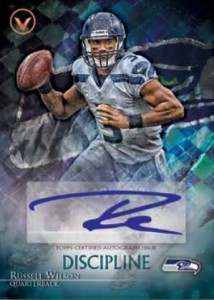 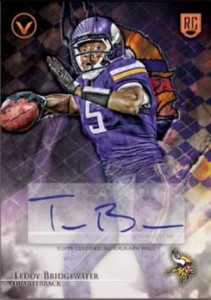 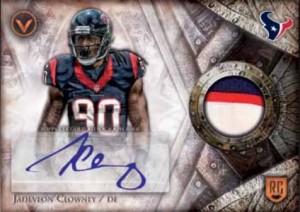 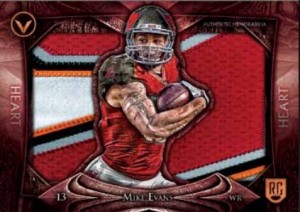 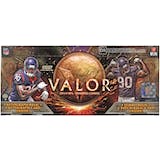 Dave and Adam's is one of the largest sellers of trading cards and collectibles in the world. Located just outside of Buffalo NY, the company operates two retail stores as well as the e-commerce website www.dacardworld.com
View all posts by Dave and Adam's Card World →
2015 Bowman Baseball preview
Friday Night Magic recap for October 10