By Dave and Adam's Card World on August 5, 2014 in Gaming News & New Products

This past Friday at Dave and Adams, we had our largest Friday Night Magic yet with a whopping 146 players! Our 2 Champions had to work hard to earn their undefeated records as they each had to battle through over a hundred other participants to earn their first place standings. First up, we have Steven Browne, who sliced through the competition to earn a First Place title in our Standard event. 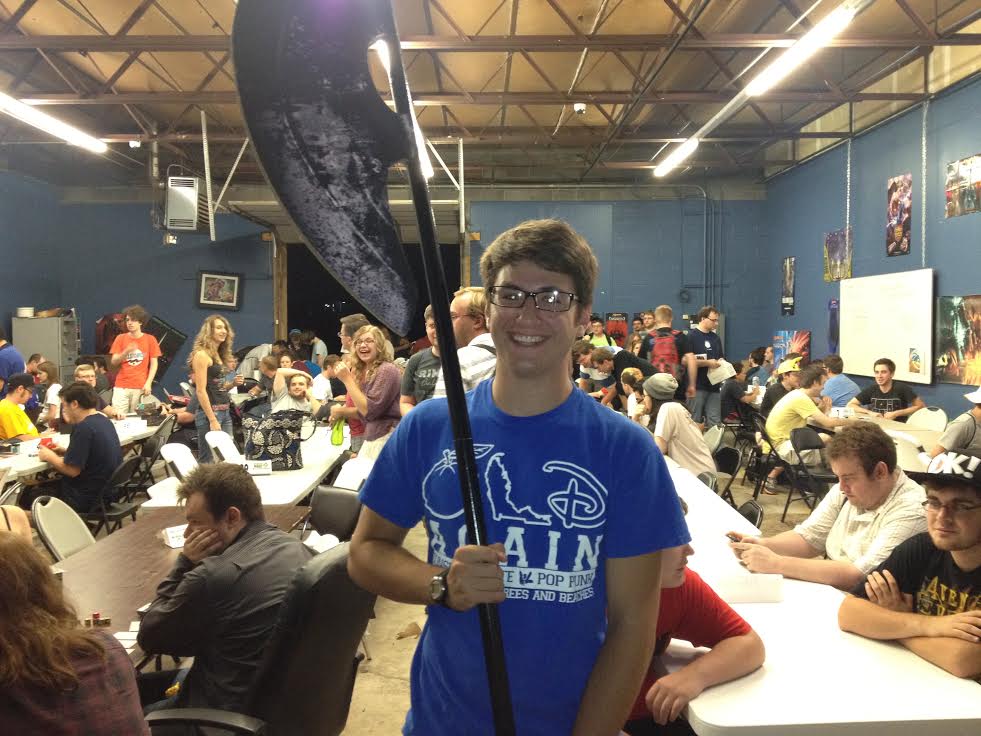 The deck plays a ton of cards with Black mana intensive costs and uses Gray Merchant of Asphodel to take giant chucks of life away from the opponent. 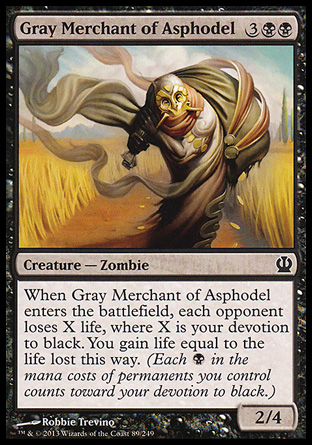 Blaine: There’s not a ton you can change with Mono-Black Devotion but are there any changes you’d make to the list for next week?

Steven: I’ll definitely be sticking with this deck. I’ve played it since its inception, and it’s the deck I feel most comfortable with. Knowing your deck is a large portion of the games in this standard format currently.

Our Second champion, Jason Arnold battled his way through the tons of other players to become Champion of our Modern with his Mono-White Soul Sisters deck seen here: 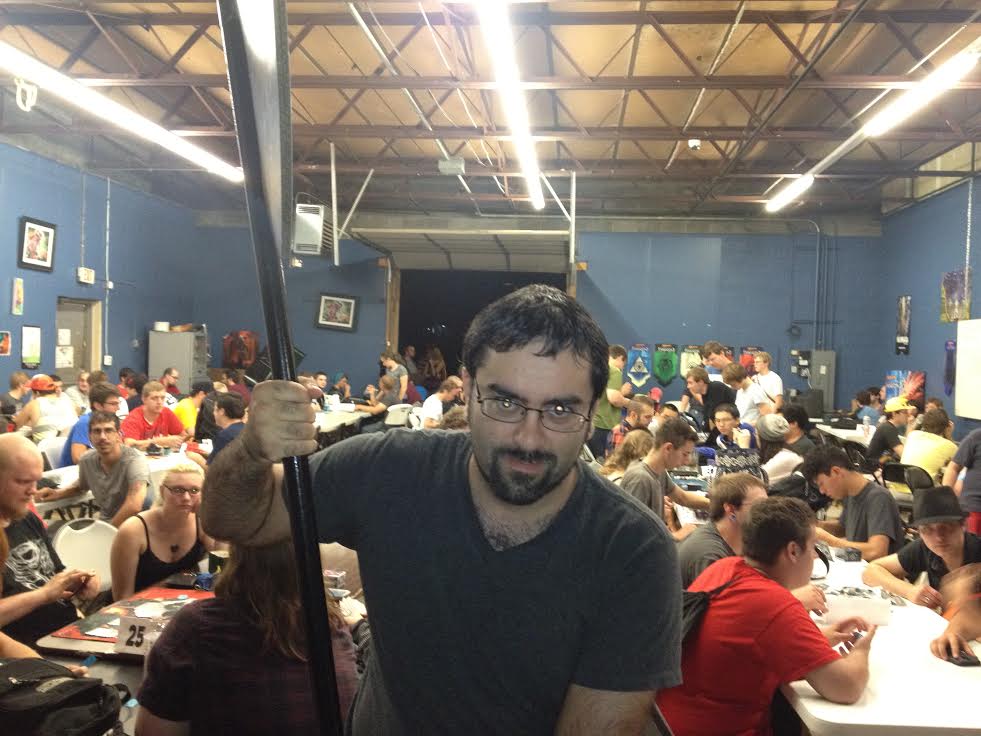 Enchantment:
4x Honor of the Pure

Sideboard:
1x Sword of Fire and Ice
1x Sword of War and Peace
1x Sword of Feast and Famine
1x Sword of Light and Shadow
4x Eidolon of Rhetoric
3x Thalia, Guardian of Thraben
2x Relic of Progenetus
1x Spirit of the Labyrinth
1x (something else that I cannot remember, and probably never used)

This deck uses Martyr of Sands, Soul Warden and Soul’s Attendant to gain a ton of life while attacking the opponent with hordes of small creatures enhanced with honor of the pure or +1/+1 counters. 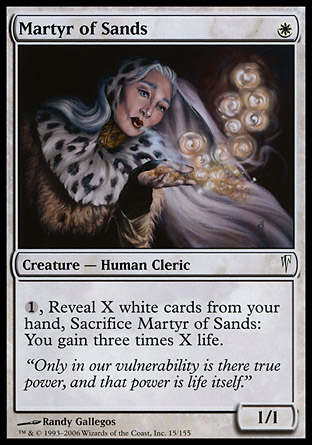 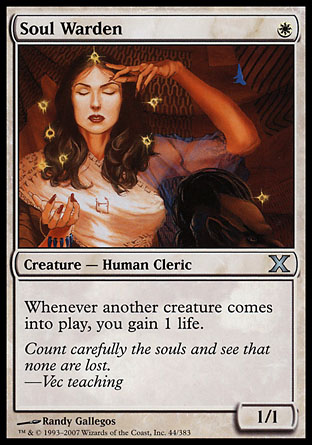 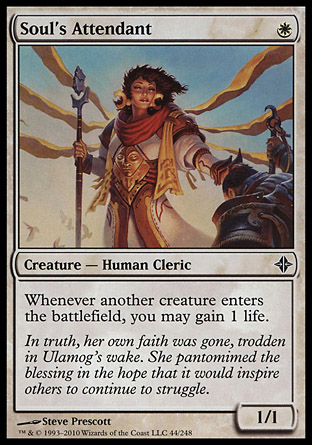 Blaine: This deck seems pretty annoying for aggressive strategies. What are your decks best and worst match-ups?

Jason: Good against almost anything that’s going to try to win by reducing my life total to zero… bad against infect and anything that can easily do 30+ damage before turn 4 or so… Also apparently very bad against Ensnaring Bridge…

Blaine: Were any cards better or worse than you thought and what changes would you make if you were to play this deck again?

Jason: The swords were all pretty much useless in the sideboard… I never felt like I needed them… I’d probably take them out for Celestial Flares, or something else to deal with fast attackers… I was also a little underwhelmed by Pridemate… but I don’t think I could realistically cut any of them, just because of the insanely high damage potential…

Blaine: Finally, do you think you’re going to stick with this deck or switch it out for another one this Friday?

Jason: I try to play a different deck every week… If I’m in Modern I have no idea what I’ll play… maybe boggles… if I’m in standard, I hope everyone is ready for Tribal Squids!! But in all seriousness, it most likely won’t be a deck I play terribly often.

Both of these players deserve a big congratulations for earning their 4-0 first place finishes this past Friday. This past Friday we had our largest event to date but we don’t want to stop there! If we are able to get 150 or more players this Friday, we will add even more prizes to the raffle and increase the prize payout of all 4-0 finishers! We hope to see all of you this Friday at 6:30 for another of our amazing Friday Night Magic Events and this Friday for our Standard Magic 2015 Game Day event Saturday at noon!

Dave and Adam's is one of the largest sellers of trading cards and collectibles in the world. Located just outside of Buffalo NY, the company operates two retail stores as well as the e-commerce website www.dacardworld.com
View all posts by Dave and Adam's Card World →
2014 National Sports Collector’s Convention!
Dave & Adam’s at Wizard World Chicago!