By Dave and Adam's Card World on November 13, 2014 in Panini, Sports Card News and New Products

Panini is pulling out all the stops for the 20th anniversary of the Absolute brand. 2014 Panini Absolute Football features a wide array of memorabilia cards that come with different kinds of relics in many sizes and combinations. Collectors can expect to find five hits per box with two being autograph cards. 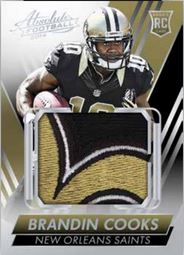 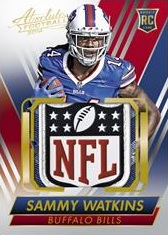 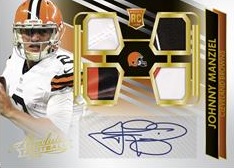 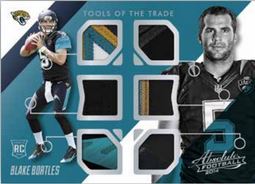 Panini Absolute also has multi-player memorabilia cards with Tools of the Trade 8 Player Anniversary. These cards have swatches from an octet of players and come in similar quantities and parallels as Tools of the Trade Complete Rookie. 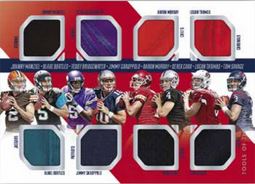 Leather and Lace cards contain a piece of an NFL football and a piece of lace from the ball. Cards are numbered to 99 plus have 20th Anniversary (#’d to 20) and Prime (#’d to 5) parallels. The familiar Hogg Heaven insert cards return with one regular or parallel card per box. 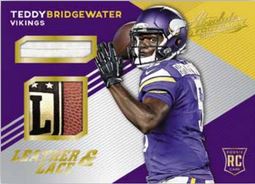 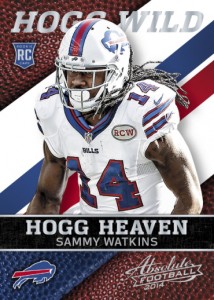 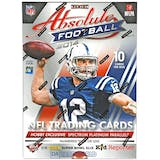 Dave and Adam's is one of the largest sellers of trading cards and collectibles in the world. Located just outside of Buffalo NY, the company operates two retail stores as well as the e-commerce website www.dacardworld.com
View all posts by Dave and Adam's Card World →
2014 Panini National Treasures Baseball preview
2014-15 Panini Court Kings Basketball preview