By Dave and Adam's Card World on December 23, 2015 in Panini, Sports Card News and New Products 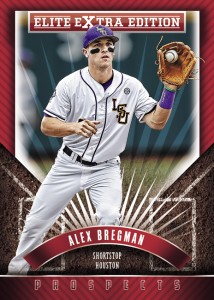 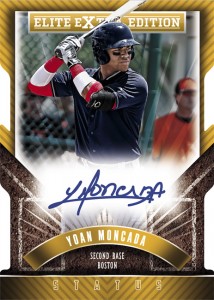 The 200-card base set includes members of the 2015 MLB draft class as well as other high-profile prospects from around the world. As an added bonus, college players will be featured in their school’s uniform complete with licensed logos. Die-cut parallels will be numbered to 200 or less, while signed versions of base cards will be numbered to 100 or less. For the first time ever collectors will be able to find one-of-one printing plates in hobby boxes as well. The autograph checklists features some of the hottest prospects in the hobby, including Kyle Schwarber, Yoan Moncada, Luis Severino, Dansby Swanson, Alex Bergman, Vladimir Guerrero, Jr., and Mariano Rivera III. 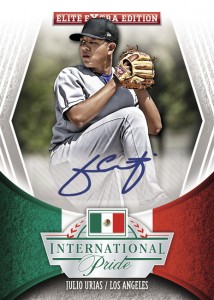 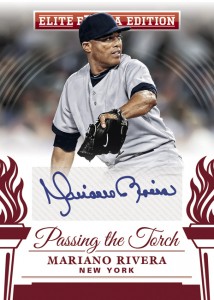 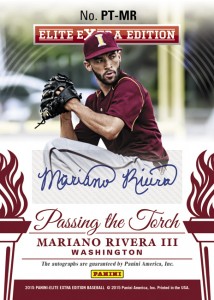 Latino and other international prospects will be featured on International Pride inserts. The dual-sided Passing the Torch inserts feature a baseball great with a promising young star. Combinations include Cal and Ryan Ripken, and Vladimir Guerrero Sr. and Jr. Look for signed versions (#’d to 25) of both insert sets as well as Gold (#’d to 5) and Black (#’d 1/1) parallels. 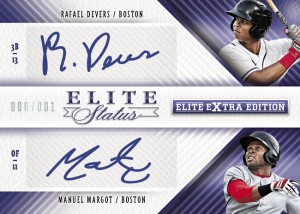 Elite Status dual autograph cards have a checklist of 30 different player pairings. These also have Gold and Black parallels. 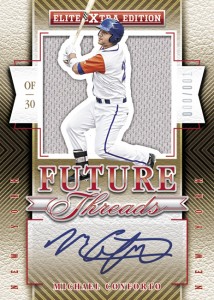 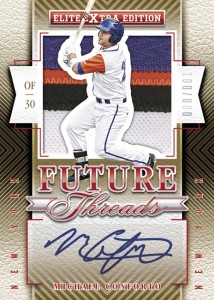 New for 2015 are Future Threads Silhouette jersey auto cards. These include a jersey swatch along with a player signature, and are numbered to 149 or less. Hobby exclusive Prime parallels, which likely include patch pieces or multi-colored swatches are numbered to 25 or less. 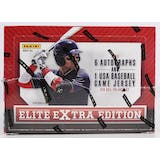 Dave and Adam's is one of the largest sellers of trading cards and collectibles in the world. Located just outside of Buffalo NY, the company operates two retail stores as well as the e-commerce website www.dacardworld.com
View all posts by Dave and Adam's Card World →
What’s Up in The Lounge – December 23
2015 Leaf Sportkings preview