By Dave and Adam's Card World on November 13, 2014 in Panini, Sports Card News and New Products

2014-15 Panini Court Kings Basketball puts an artistic spin on the stars and rookies of the NBA. The set features player pictures that look to be hand-painted or have a painted background. Court Kings has plenty of on-card autograph and memorabilia cards from this year’s highly anticipated rookie class.

Several members of that class are featured with their own five-card set. Rookies I-V take five different artistic approaches of the pictures off 33 first year players. The cards come in limited quantities as low as ten. 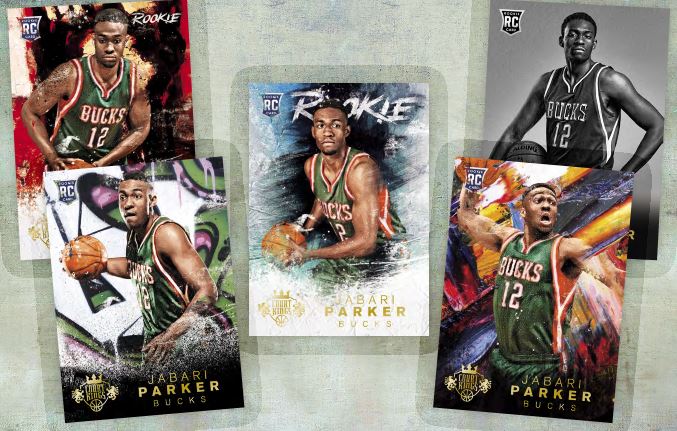 Autograph cards featuring the 2014 Rookie Class can be found in Fresh Paint and Heir Apparent. Twelve rookie subjects make up the short printed Heir Apparent set with cards numbered to 130. Veteran players from the hardwood have their signature captured in Court Kings Autographs. 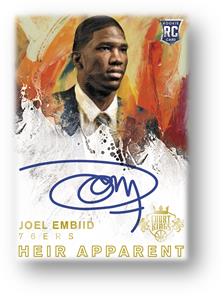 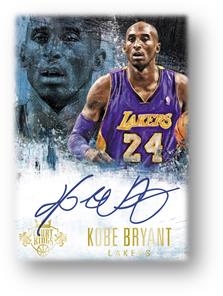 Memorabilia cards in Court Kings Basketball include Performance Art Jerseys and 2-On-2 Quad Memorabilia. Both sets have Prime and Super Prime parallels available. 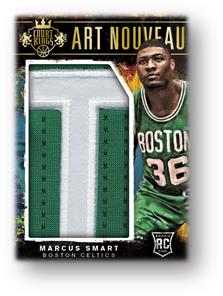 Boxes of Court Kings will include one autograph, one memorabilia card, one Portrait, one rookie and two inserts plus an oversized box topper. There is a limited number of randomly inserted box toppers. Cases will also have hot boxes with additional memorabilia and autograph cards.

Dave and Adam's is one of the largest sellers of trading cards and collectibles in the world. Located just outside of Buffalo NY, the company operates two retail stores as well as the e-commerce website www.dacardworld.com
View all posts by Dave and Adam's Card World →
2014 Panini Absolute Football preview
2015 Topps Tier One Baseball