By Dave and Adam's Card World on December 13, 2017 in Blast from the Past, Dave and Adams News, Featured Articles, News, Vintage Collectibles

Dave & Adam’s is thrilled to announce that one of the most historic pieces in Buffalo sports history has come home; the original 1970 document awarding an NHL franchise to Buffalo. 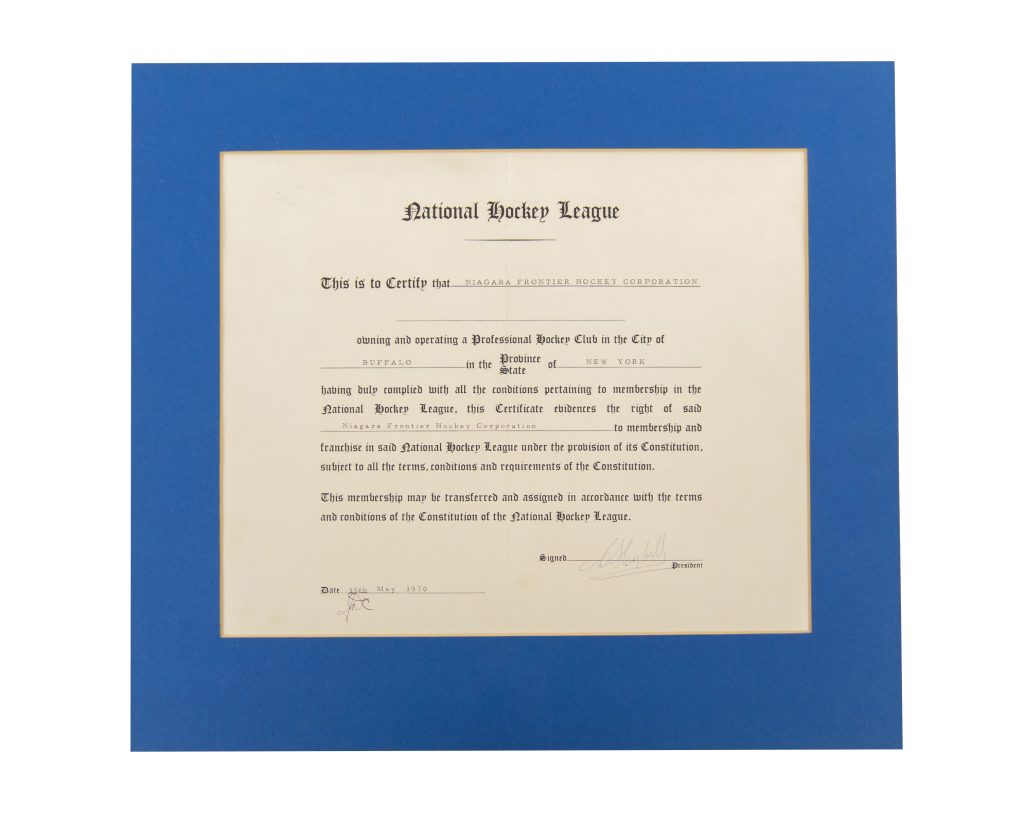 Purchased from Heritage during their mid-November auction this is the actual NHL certificate issued to the Knox brothers, Seymour H. Knox III and Northrup Knox. This document granted the ‘Niagara Frontier Hockey Corporation’ a National Hockey League Franchise for the 1970-71 season. It is signed by one of the games most influential early leaders; the then third President of the National Hockey League, Clarence S. Campbell, and is dated May 15, 1970. 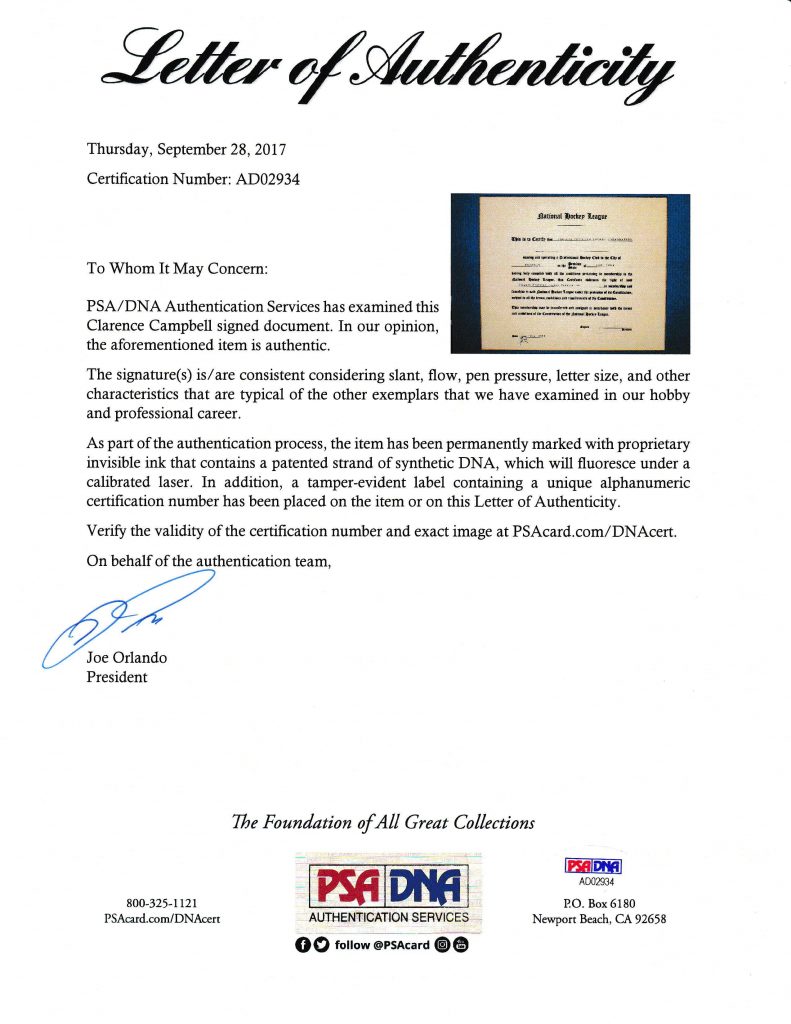 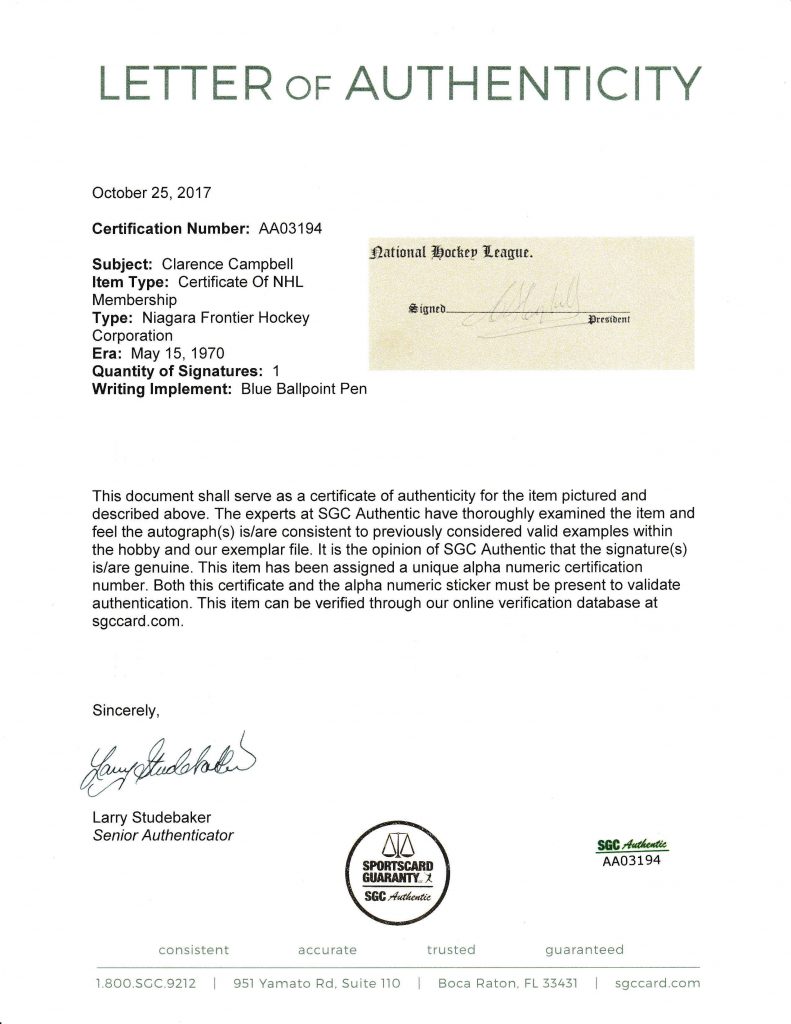 “This is truly a one of a kind collectible and is one of the most important pieces in all of Buffalo sports history. When we saw this come up for auction we felt an obligation to win it – we just couldn’t let this slip away and end up anywhere other than Western New York!” said Adam Martin, CEO and co-owner of Dave & Adam’s.

The document will soon be on its way to get properly re-framed and matted; once that is completed the finished piece will be displayed at our Williamsville store located at 8075 Sheridan Dr. next to the Eastern Hills Mall for all Sabres and sports fans alike to see!

Dave and Adam's is one of the largest sellers of trading cards and collectibles in the world. Located just outside of Buffalo NY, the company operates two retail stores as well as the e-commerce website www.dacardworld.com
View all posts by Dave and Adam's Card World →
Coming soon to our galaxy – 2018 Hit Parade BIG BOXX Star Wars Galactic Edition!
2017/18 Hit Parade Hockey 99 Edition hobby boxes are available now!