The October – Halloween season is one of the best times of the year for many reasons: football and hockey are getting underway, scary movies are on TV and it seems like whereever you go it is decorated for the holiday. With that being said today is Friday the 13th which is also the perfect time to turn the lights off, crank the sound up and play your favorite scary video game. This is a list of horror video games that our resident insane asylum escapee/video game expert Tony Meyer and the rest of the ghoulish staff at Dave & Adam’s likes to play this time of the year!

These are two of the first horror video games ever made and they play like it. Both games have very simple gameplay, in Halloween you play as Laurie trying to save the children she is babysitting from Michael Myers. In Texas Chainsaw Massacre you chase down victims as Leatherface in an open field dodging obstacles. 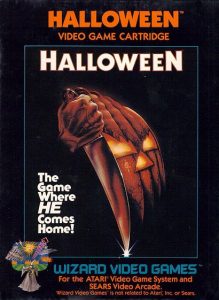 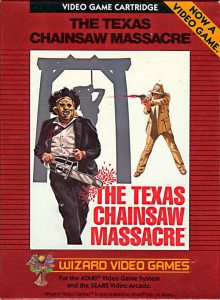 Just like at number ten we have another tie at ninth as the slasher genre comes to the NES. In Nightmare on Elm Street you are a teenager exploring Elm Street trying to find Freddy’s bones to dispose of them in the school furnace and hopefully getting rid of him once and for all. This is also one of the few titles that is for 4 players on the original NES. Now going over to Camp Crystal Lake where Jason is on a rampage and it is up to you the camp counselor to stop him before it is to late. This game is infamous for being one of the worst NES games released and also a newly discovered classic at the same time! One of our staff members said “It is one of the scariest games I played as a kid, especially when you randomly run into Jason in a cabin!” 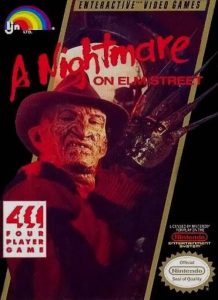 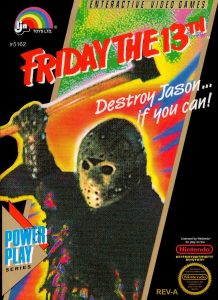 A wild card on the list F.E.A.R is a first-person perspective game that does not seem like a scary game at all. Then all of the sudden the sound gets creepy, the tensions rise and strange things start happening. This game is heavily influenced by Japanese horror movies and is full of jump scares.

The original Dead Rising game was an innovative and addictive zombie open platformer. This game was inspired by the movie Dawn of the Dead and takes place in a mall that is filled with hordes of zombies. In this game everything is a weapon and the different ways to kill zombies is pretty much endless. The franchise is already up to Dead Rising 4 for current gen systems but the firs one is still our favorite.

The ultimate first-person shooter from hell is one of the best games ever made. It has been released on almost every console and is still adding new versions today. As a space marine you travel and fight your way through zombie soldiers, flaming skulls, imps, demons and more frightful creatures. DOOM also inspired what they called “DOOM clones” including popular games like Duke Nukem and Quake. “This is one of my favorite games ever, it was innovative and before its time” – DA Staff Member 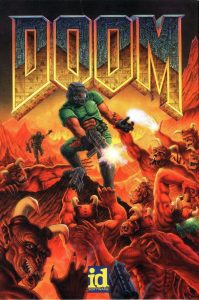 The second zombie exclusive game on the list should come to no surprise, Left 4 Dead is not only one of the best zombie games but also Xbox 360 games in general. An arcade style first-person shooter where you and up to three friends battle hoards of zombies and special monster attacks. Each mission has four levels that progressively get harder and harder. “I played this game for hours and hours on Xbox Live and single player. I could just shoot zombies all day…pills here.” – DA Staff Member 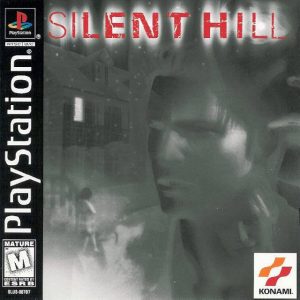 “This is such an underrated game and one of the best!” – DA Staff Member. Eternal Darkness is a psychological horror adventure game that was originally planed to be released on the Nintendo 64. Throughout the game you play in four unique and different worlds while wielding different characters. Each story tests your sanity and wits with difficult puzzles, scares and mind bending story lines. “This is a game that makes you think that you’ve gone crazy.” – DA Staff Member

The original Resident Evil on PlayStation made us all familiar with the term survival horror in video games. With unique controls, puzzle solving and eerie atmosphere it is easy to see why the video game also branched out into movies, toys, comic books, novels and more. Tony’s personal favorite is the Resident Evil remake for the GameCube, it was just visually stunning and has the same classic gameplay and story. Resident Evil 2 is also very high on his personal list, a very good sequel to the original. But the best Resident Evil voted on at the office is Resident Evil 4, specifically on the Wii. One of our gaming buyers has played that so much he can actually beat the game in less than 2 hours! RE4 was pretty revolutionary for its time and quickly became the game you bought a Wii for. “RE4 had the best controls, story & graphics of any game I played before. I loved using the Wii gun attachment, it was so much fun!” – DA Staff Member. Resident Evil is still producing new games in the franchise today, the last being Resident Evil 7: Biohazard. The next in line is the highly anticipated RE2 remake which will use the same engine as the first remake in the series. 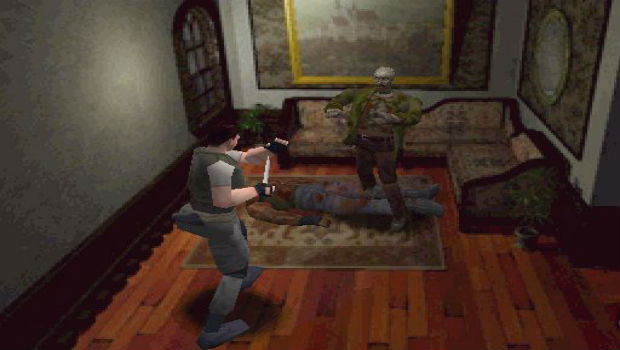 The birth of the franchise was on the original NES with side scrolling levels battling ghosts, zombies, ghouls, and all of the classics monsters in horror like Frankenstein and Dracula. It reminded us of all the old Hammer horror movies and had a classic storyline. The follow up on the NES was CastleVania: Simon’s Quest which gets a bad reputation as a horrible game. We think it is a good game, it’s just more of an RPG exploring game and it also has one of the best soundtracks out of any of the CastleVania games. Two of the favorite games in the franchise here among our staff is Super CastleVania IV and CastleVania: Symphony of the Night. Both games are masterpieces in their own right. CastleVania IV on the SNES takes everything that is good from the first three and jams them together while adding improvements to the controls and graphics. Symphony of the Night however went to a more RPG type of landscape, having you earn experience points and gaining powers along the way. CastleVania as a whole franchise truly embodies the horror concept and brings everything together. “CastleVania Symphony is the best, no wait…number 3 is the best, no wait…the first one is…..ahhh I can’t decide they are all my favorite!” – DA Staff Member 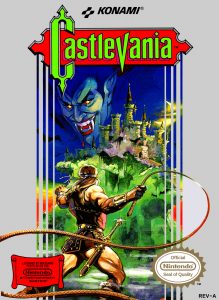 Some other notable mentions of top horror video games: Fatal Frame, The Evil Within, Shadowgate, Five Nights at Freddy’s, Alien Isolation, Dead Space, ZombiU, Until Dawn, Amnesia: The Dark Decent and Manhunt. Thanks for reading and enjoy your Friday the 13th and the next few weeks of the Halloween season!

Dave and Adam's is one of the largest sellers of trading cards and collectibles in the world. Located just outside of Buffalo NY, the company operates two retail stores as well as the e-commerce website www.dacardworld.com
View all posts by Dave and Adam's Card World →
2018 Hit Parade Sapphire Multi-Sport is up for presell, releases this November!
DACW Live has a Topps notch night