2018 Hit Parade Sapphire Multi-Sport is up for presell, releases this November!

For those following our blog for a little bit now you know all about Hit Parade and the impact the product has made in the sports collectibles market the last couple of years. Hit Parade is not resting on its laurels as it gets set to release this November it’s most ambitious and prestigious product to date, introducing 2018 Hit Parade Sapphire Multi-Sport! 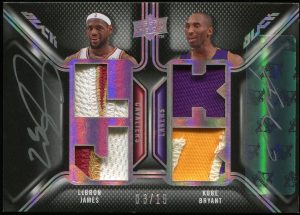 2018 Hit Parade Sapphire Multi-Sport delivers the best of the best from six different sports – Football, Hockey, Baseball, Basketball, Soccer, and Golf. As with most Hit Parade products there are only 100 hand numbered boxes! Each box contains one SENSATIONAL card that’s either protected by a one-touch or encapsulated in a graded slab by Beckett or PSA! Some of the most prestigious cards are being included in this product from Topps, Panini, Upper Deck, Leaf, or Score. Find low numbered autographs, dual, triple, and booklet autographs, 1 of 1’s, Beckett or PSA graded autographs, and Beckett or PSA graded rookies! 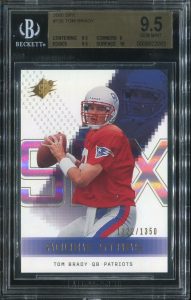 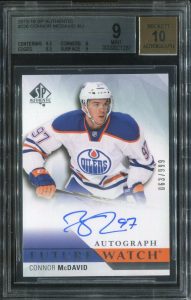 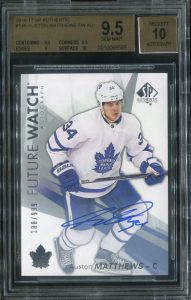 What types of names can you find you’re asking? Let’s just say this product is loaded with HOFers, generational talents, gamebreakers and superstars: 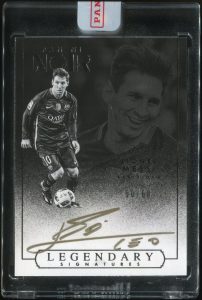 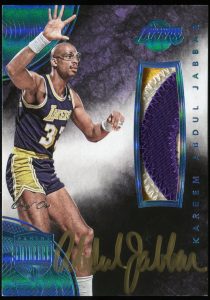 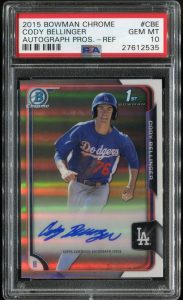 This is your chance at owning cards of the some of the most sought after players in the sports collecting world! As mentioned previously there are only 100 boxes being produced and they are moving fast so place your pre-order for a 2018 Hit Parade Sapphire Multi-Sport Hobby Box now!

Dave and Adam's is one of the largest sellers of trading cards and collectibles in the world. Located just outside of Buffalo NY, the company operates two retail stores as well as the e-commerce website www.dacardworld.com
View all posts by Dave and Adam's Card World →
2017 Hit Parade Autographed Full Size Football Series One is up for presell, releases this Friday the 13th!
Dave & Adam’s Staff Picks: Top 10 Horror Video Games