We’ve got quite the week ahead in DA Drops with the anticipated release of new Pokemon, a football series previously delayed finally coming out, and some new basketball product just after All-Star Game Weekend.

Due to release is a popular Leaf product that’s been around for years. It’s the 2021 edition of Leaf Valiant Football.

The hobby box includes three autograph cards, plus a BGS graded autograph that Leaf says is 9.5 or better.

Last week saw the release of 2021/22 Donruss Elite, and now, this Friday, Panini will release the 2021/22 edition of Donruss Basketball.

Panini says collectors can find one autograph per box in Rated Rookie Signatures and Next Dat Autographs, as well as one memorabilia card in Jersey Kings and Rookie Jersey Kings.

Donruss Basketball comes with ten packs per box and 30 cards per pack.

The company also says OPC Playing Cards are returning with four per box on average.

Collectors can find two of the numbered parallel cards above from every box, on average in O-Pee-Chee.

And last but not least, it’s the awaited release of the latest Pokemon TCG expansion with Sword & Shield: Brilliant Stars on Friday.

In the Trainer Gallery subset, there are 30 cards with “special” art. There are more than 20 Trainer cards and a new Special Energy card.

The booster box is 36 packs with ten cards per pack.

As for the Build and Battle Kit, it’s a 23 card Evolution pack, including one of four unique foil promo cards, four booster packs, and one code card for the online Pokemon TCG.

Pokemon also says there is an Elite Trainer Box that contains: 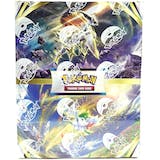