By Dave and Adam's Card World on September 14, 2012 in Sports Card News and New Products

Trading card sets based in the Marvel and DC Universes are nothing new. Collectors have tons of options, no matter their allegiance. However, in recent years, most of these sets have relied largely on recycled art used from other cards and places outside the hobby. That’s about to change with a pair of releases coming out in the next few weeks.

2012 Cryptozoic DC Comics – The New 52 is the card maker’s first set under their new DC license. Focusing on the recently rebooted line of DC Comics, every image in the set is new. More than 20 artists contribute to the 61-card base set. Based on the images shown in advance, there is a nice variety of styles to give the set a very fresh feel. It also helps that it has been several years since there has been a DC Comics-focused set.

Sketch cards lead the chase in 2012 Cryptozoic – The New 52. Each of these cards have original art drawn directly on the card. Some of the art is bigger, spreading across multiple cards. Cryptozoic has announced that these random sketch puzzles will be packaged in boxes together. So rather than the promised single sketch per box, some collectors will be more. Nearly 150 artists are contributing sketch cards for the set. If past Cryptozoic sets are any indication, nearly all of these will be extremely good quality. 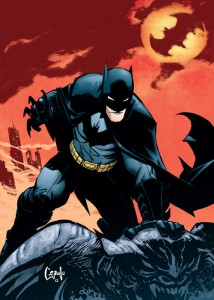 2012 Upper Deck Marvel Premier is a set the company is promising is unlike any the non-sport hobby has ever seen.

Much like Exquisite and The Cup did years ago, Marvel Premier will test the market with both its high-end price tag and content.

The set has 50 base cards, all numbered to 199. Cruddie Torian provides the art for the set, all of which is original. More new artwork can be found on Shadow Box inserts. Sanford Greene uses the three-dimensional technology to showcase some of Marvel’s most famous battles.

Numbered to 50, Emotion book cards have new interior art done by NAR!, who is extremely well respected within the hobby for his extremely detailed sketch cards he’s done for past comic-based sets. The covers of these books come with one-of-one covers done by Jason Adams.

Every single-pack box of 2012 Upper Deck Marvel Premier also comes with at least two sketch cards. One is a traditional single-panel card. The other is a multi-panel piece that folds together. These cards have between two and four cards connected together to give a panoramic effect.

2012 Upper Deck Marvel Premier is scheduled to come out next month. 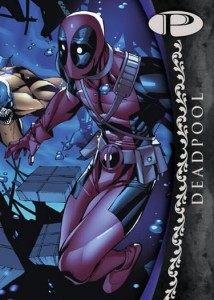 Dave and Adam's is one of the largest sellers of trading cards and collectibles in the world. Located just outside of Buffalo NY, the company operates two retail stores as well as the e-commerce website www.dacardworld.com
View all posts by Dave and Adam's Card World →
Big Day for New Releases!
2011/12 Fleer Retro Basketball – The Greatest Hobby Product Ever?