By Dave and Adam's Card World on September 12, 2012 in Sports Card News and New Products

Here’s some quick details on the products. For complete product information and preview images, click the product titles: 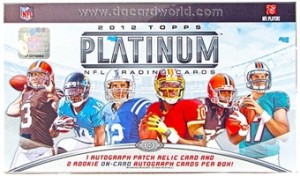 Topps has also posted some preview images leading up to the release, including these beauties from Andrew Luck and Robert Griffin III. 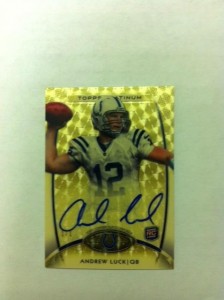 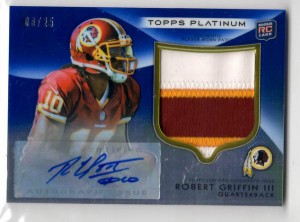 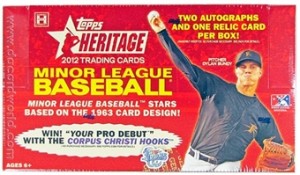 Each box contains 2 Autograph Cards and 1 Relic Card. You can also pull redemption cards for game-used items from minor league players. Topps is also running one of the most interesting and fun hobby promotions in a long time with the “Make Your Pro Debut” promotion. Here’s the details on what would happen if you are the lucky collector to “Make Your Pro Debut”. 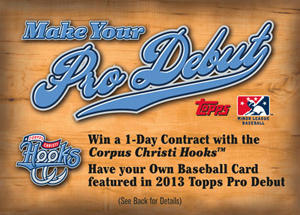 Topps will offer a lucky fan the once-in-a-lifetime experience of being a pro player for a day with the Corpus Christi Hooks during the 2013 season, and have their own baseball card in 2013 Topps Pro Debut.

Become a pro player for a day with the Corpus Christi Hooks and have your very own baseball card offered in next year’s Topps Pro Debut release. Plus, you will have the chance to meet and spend time with current owner and Hall-of-Famer, Nolan Ryan! Here are some of the other highlights of your contract: 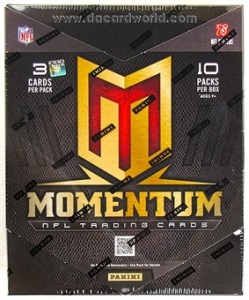 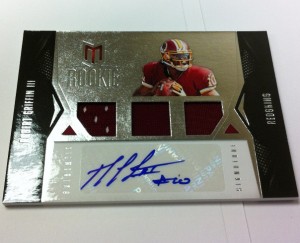 You can also check out the Teaser Box Break Gallery on the Panini America Blog . 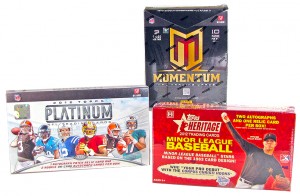 We know we’ll be seeing a lot of these boxes move through our hobby shops and shipping department today!