Even though the puck just dropped less than a week ago on the 2018/19 NHL season, fans know the new ‘collecting season’ does not begin until the final release of the previous season, which means only two words, The Cup! Yes that’s right the collector favorite and the most premium release on the hockey hobby calendar is here for the 2017/18 season! As in past years each tin will contain two autographed patch cards with at least one being a rookie patch autograph (RPA)! 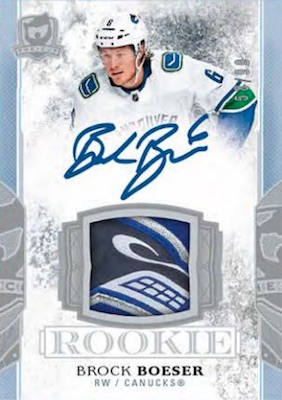 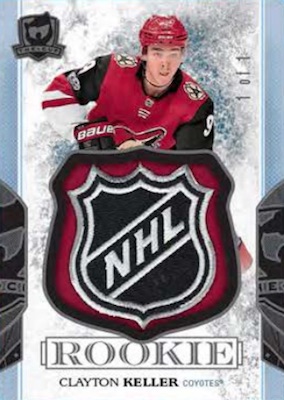 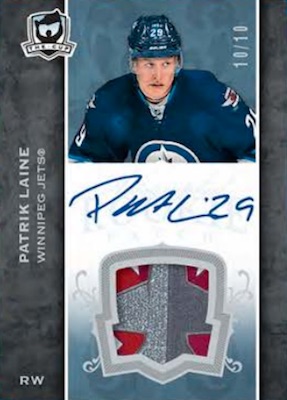 In addition to the RPA cards, there is a plethora of other autographed patch cards. The new Rookie Tribute Auto Patch honors the designs from 2005/06 through 2009/10. Even more 2017/18 Upper Deck The Cup Hockey hits come in the Cup Foundations (#/15) and Rookie Foundations (#/15) lines with 1 of 1 Tag versions. 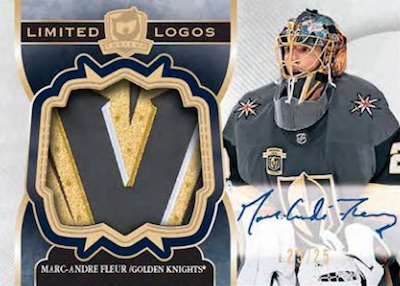 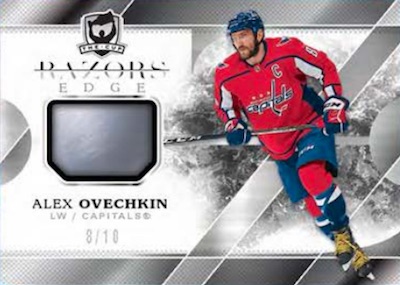 As for the unsigned memorabilia, there is the returning Cup Foundations (#/25) and Rookie Foundations (#/49) jersey cards which both boast low-numbered Patch, Premium and Tag parallels. Multiple of your favorite players can be found on Cup Trios (#/25), Cup Quads (#/10), and Cup Sixes (#/5), adding Premium Materials Gold (#/10 or less), Premium Materials Red (#/2), Button Green (1 of 1) editions. There are also Limited Logos (#/25) cards for rookie players, while the Championship Etchings (#/15) set showcases sterling silver nameplates for all-time greats. The Color Coded (#/33) and Color Coded Rookies (#/44) cards are another new option. The very scarce Notable Nameplates and Property of (1 of 1) return for the new release as well. Finally Exquisite Collection ends the season with Exquisite Endorsements Relics (#/50 or less) and Exquisite Rookie Patch Auto cards (jersey #’d). 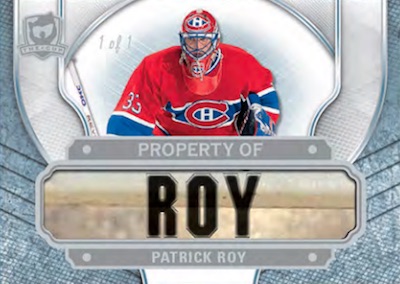 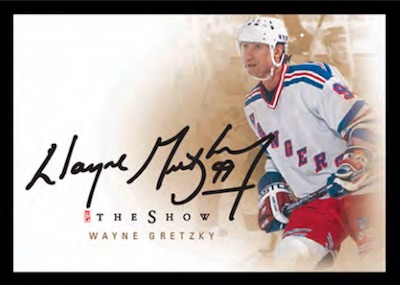 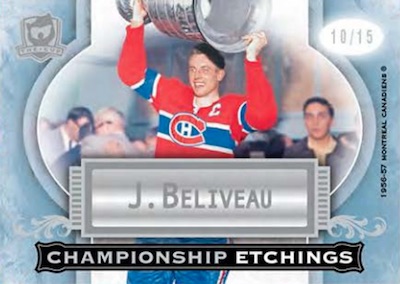 2017/18 Upper Deck The Cup Hockey looks to once again set the standard for high-end releases. Always a favorite of fans of the coolest game on earth, this product is set for release on Wednesday, October 24th. Tins (6 cards per tin) and cases (3 and 6 tin cases available) are now up for presell on our website!

Dave and Adam's is one of the largest sellers of trading cards and collectibles in the world. Located just outside of Buffalo NY, the company operates two retail stores as well as the e-commerce website www.dacardworld.com
View all posts by Dave and Adam's Card World →
DACW Live – The Best Box Break Hits of the Week 10/1 – 10/7
Product Preview: 2019 Topps Inception Baseball releasing in March!