Upper Deck Black Hockey makes it appearance for the first time in over six years to provide hockey collectors with some stunning premium hits. Each box comes with four autograph or memorabilia cards, one Lustrous Rookies Signature autograph card plus one numbered base card. 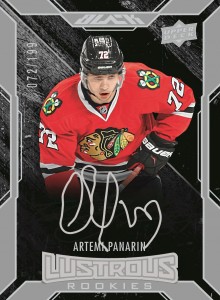 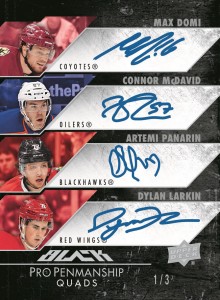 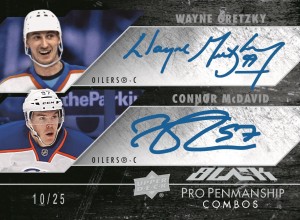 All autographs in Upper Deck Black will be signed on-card. Lustrous Rookies Signature cards that appear one per box are numbered out of 199 or 299 depending on the player. These also have Gold Spectrum and Black & Blue parallels similar to the base set. Additional autograph content includes Signature Rookies, which come in three different tiers of availability numbered to 249 or less. Pro Penmanship sports a robust checklist with some of the biggest NHL stars of today and yesterday. These can be found with one, two (Combos), three (Trios) or four (Quads) signatures on the card. 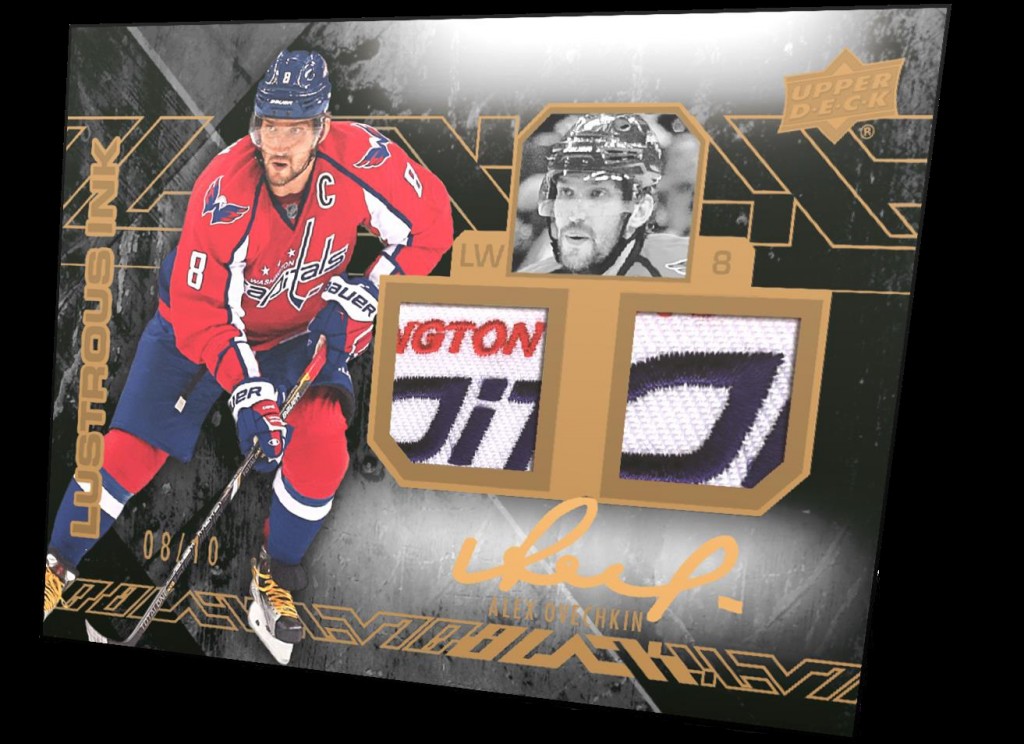 Lustrous Ink autograph cards are printed on acetate and feature parallel versions with either dual jersey or dual patch pieces. 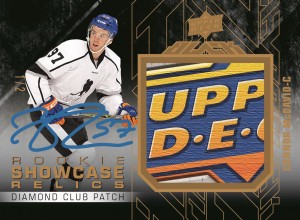 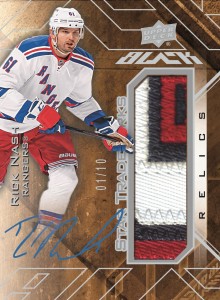 Showcase Relics feature players that took part in the NHLPA Rookie Showcase in Toronto this past September. These feature a variety of patch formats, including Patch (#’d to 25), Brand Logo (#’d), Chest Patch (#’d to 15) and Diamond Club (#’d to 2). Patch and Chest Patch also have signed versions that are numbered to 15 and ten, respectively. Additional relic hits include Rookie Coverage, Rookie Trademarks, Star Coverage and Star Trademarks. All four sets have low-numbered premium relic parallels as well as auto relic versions. 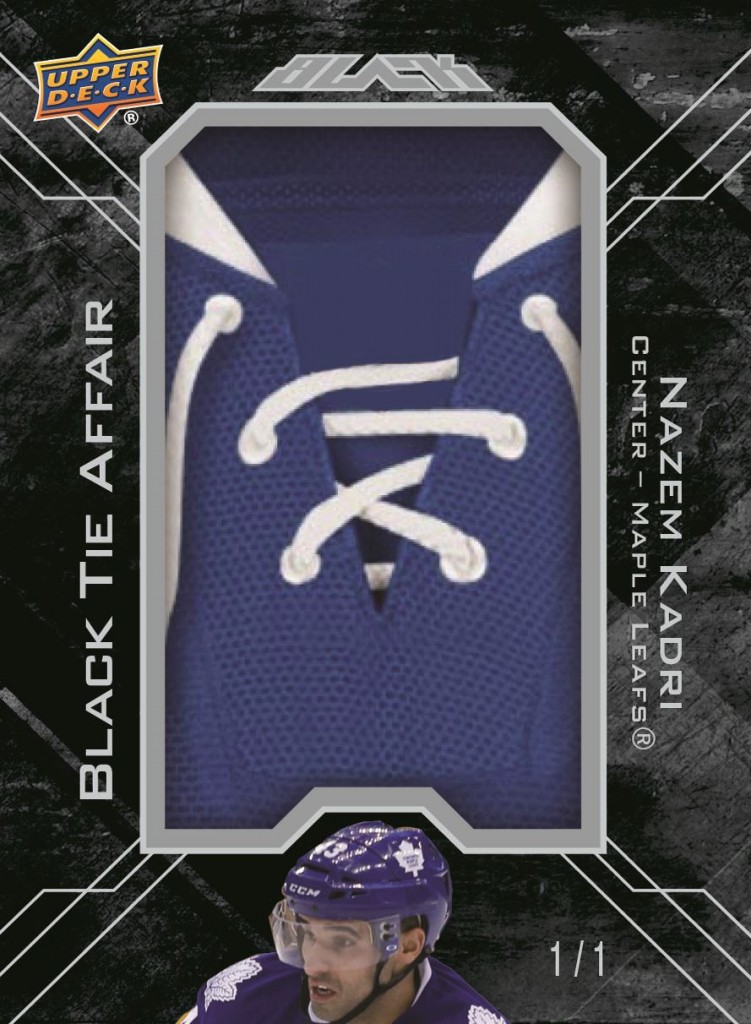 One of the more unique relic hits in Upper Deck Black Hockey are Black Tie Affair jersey cards. These one-of-one hits feature the laces from the collar of a player’s jersey. About 100 different jersey tie cards will be produced. Look for additional memorabilia hits including Sixes Relic booklets. 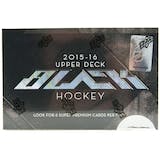 Dave and Adam's is one of the largest sellers of trading cards and collectibles in the world. Located just outside of Buffalo NY, the company operates two retail stores as well as the e-commerce website www.dacardworld.com
View all posts by Dave and Adam's Card World →
Dave & Adam’s “Leaders of The Pack” – Divisional round
2015-16 Leaf Metal Hockey preview