By Dave and Adam's Card World on February 4, 2016 in Panini, Sports Card News and New Products

Since the release of the popular 2014 World Cup Prizm, Panini has upped the ante on soccer trading cards in North America. Panini revisits the combination of Prizm parallels and soccer with 2016 UEFA Euro Prizm Soccer, which will chronicle the 2016 UEFA European Championship tournament taking place this June. Each box will hold either an autograph or a Prizm parallel numbered to 20 or less. 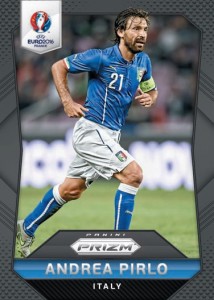 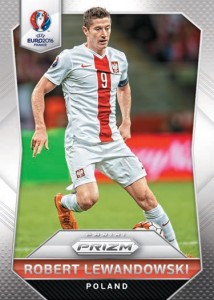 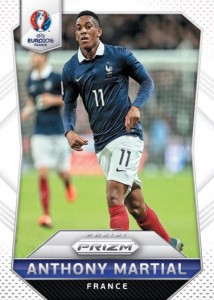 The 250-card base set features footballers from all 24 European nation participating in the 2016 UEFA Euro, with at least 10 players from each country represented. Boxes will contain 12 Prizm parallels. Panini has not yet divulged the exact number of parallel levels, but there will be a new Flash parallel that will land one per box. White parallels will be a special case hit, and Black parallel will be one-of-ones. 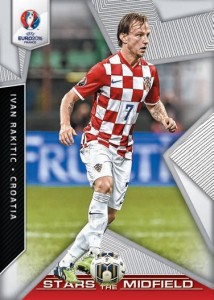 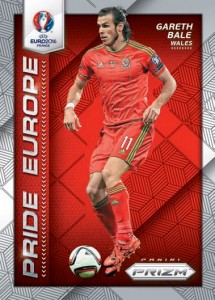 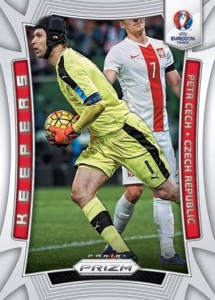 Boxes of 2016 UEFA Euro Prizm come packed with 11 inserts. Inserts of the more common variety include Stars of the Midfield, that highlight 32 top European midfielders, and Keepers, which focus on the goalies for the 24 Euro participant teams. Harder to find will be Pride of Europe inserts. These special case hits focus on ten of the biggest stars that will take part in the tournament. 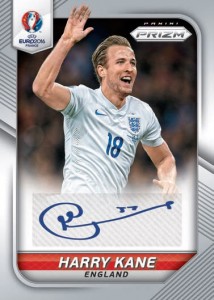 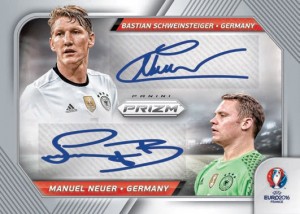 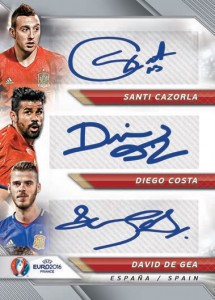 Dave and Adam's is one of the largest sellers of trading cards and collectibles in the world. Located just outside of Buffalo NY, the company operates two retail stores as well as the e-commerce website www.dacardworld.com
View all posts by Dave and Adam's Card World →
2016 Leaf Babe Ruth Collection preview
Panini signs Memphis QB Paxton Lynch to autograph deal