By Dave and Adam's Card World on February 5, 2016 in Panini, Sports Card News and New Products

Panini announced on Friday that they’ve signed former University of Memphis quarterback Paxton Lynch to an autograph and trading card agreement. Lynch is expected to be a first round pick in the 2016 NFL Draft this spring.

Lynch will appear on packaging for upcoming NFL and collegiate football releases throughout 2016 as well as make some personal appearances on behalf of the card maker.

“Paxton is one of the most exciting players in this year’s draft and, as a result, his presence in our complete roster of 2016 physical and digital NFL/NFLPA trading card products is critical,” said Mark Warsop, Panini America CEO in a company press release. “We’re excited to be working with him – not just during his rookie season but for many years to come.”

As part of the release, Panini showed the first trading card images of Lynch from the upcoming 2016 Panini Contender Draft Picks Football and 2016 Score Football.

“Some of this is unreal. I dreamed of having my own trading card as a kid – and now I have one with Panini, which is a blessing,” Lynch said in a Panini press release. 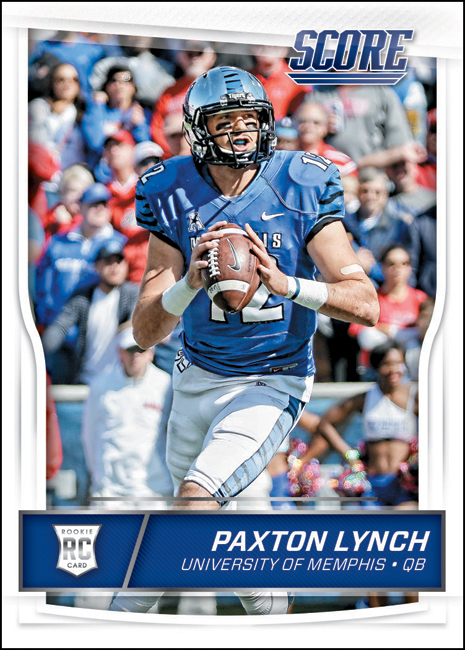 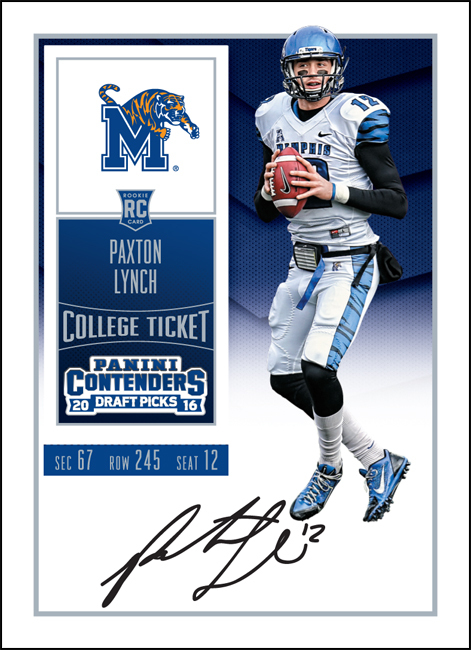 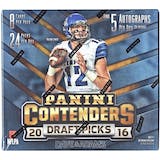 Dave and Adam's is one of the largest sellers of trading cards and collectibles in the world. Located just outside of Buffalo NY, the company operates two retail stores as well as the e-commerce website www.dacardworld.com
View all posts by Dave and Adam's Card World →
2016 Panini UEFA Euro Prizm Soccer preview
Dave & Adam’s “Leaders of The Pack” – Super Bowl 50