By Dave and Adam's Card World on September 22, 2015 in Panini, Sports Card News and New Products

Panini signature release, Prizm Football, is back for the 2015 season with some new features and levels of colorful Prizm parallels. Hobby boxes will come with two autographs per box, while Jumbo boxes have four autos plus exclusive Violet Prizm parallels. 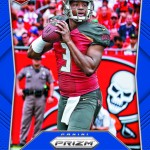 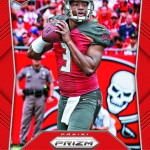 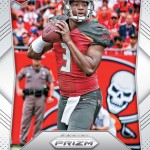 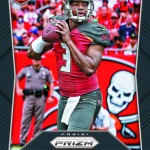 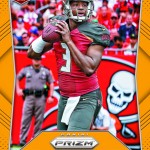 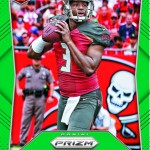 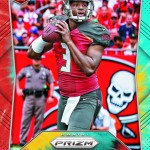 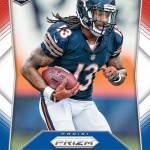 The base set will have a total of 12 different Prizm parallel levels, including the brand new Gold Vinyl (#’d to 5) and Black Pulsar (#’d 1/1). The popular Tie-Dye Prizms make their return plus Red, Blue, Green and six others. 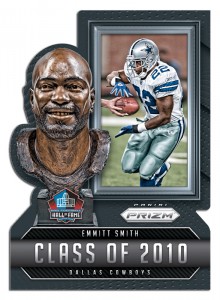 2015 Prizm Football will have several inserts sets, including Air Marshals, Intros, Helmets and Rookie Revolution. Hall of Fame is a new die-cut insert set featuring a photo of a Hall of Fame player and their bust from the Pro Football Hall of Fame in Canton. 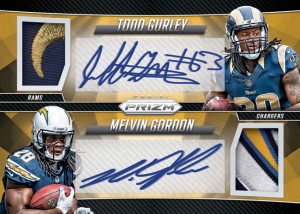 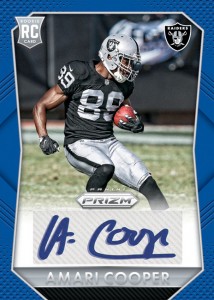 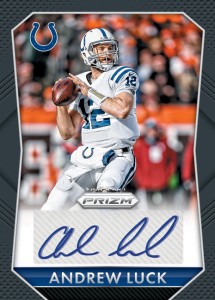 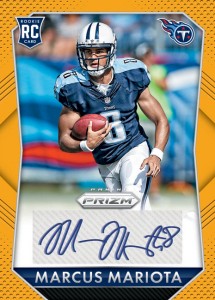 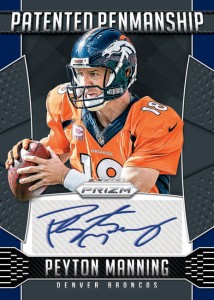 Autographs card in Prizm include signed versions of base card. Veteran and retired greats also have signed card in Patented Penmanship. Look for Gold and Black variations of these cards. 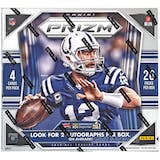 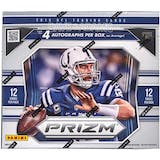 Dave and Adam's is one of the largest sellers of trading cards and collectibles in the world. Located just outside of Buffalo NY, the company operates two retail stores as well as the e-commerce website www.dacardworld.com
View all posts by Dave and Adam's Card World →
Dave & Adam “Leaders of the Pack” – Week 2
2015 Panini Contenders Football preview