By Dave and Adam's Card World on July 8, 2015 in Panini, Sports Card News and New Products 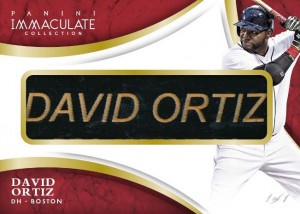 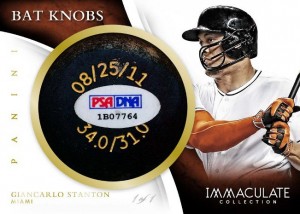 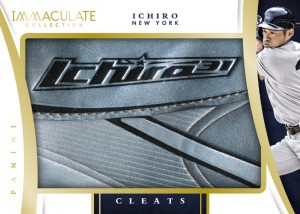 Panini expanded on some of the more popular features from last year’s set. The number of Bat Knobs and Bat Nameplates cards have increased from 10 to 70. The list of players with Jumbo Cleats shoe cards has more than quadrupled from six to 25. Barry Bonds, Kris Bryant. Ichiro and Mike Trout are some of the new feet that have cleats in 2015 Immaculate. 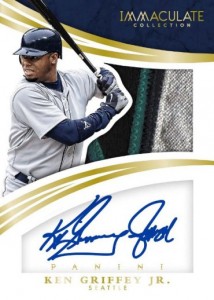 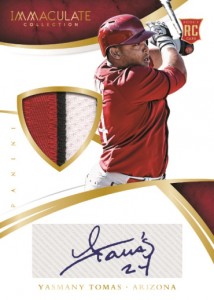 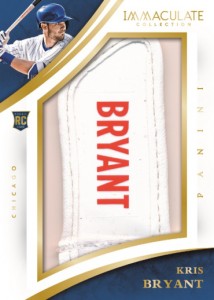 Rookie Material Prime Autos feature relic autos from some of top rookies for the season, including Kris Bryant, Yasmany Tomas, Rusney Castillo and Addison Russell. Parallel versions include Button and Laundry Tag relics that are numbered to eight or less.

2015 Immaculate has plenty of multi-relic cards, including the stunning Immaculate Nine, which comes with nine memorabilia swatches from nine different players on one card. These are numbered out of ten. 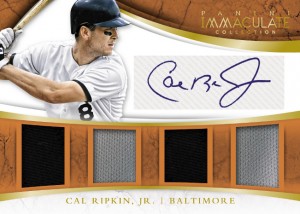 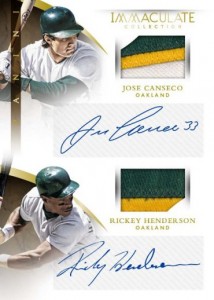 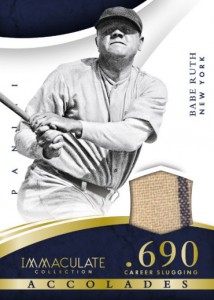 Dave and Adam's is one of the largest sellers of trading cards and collectibles in the world. Located just outside of Buffalo NY, the company operates two retail stores as well as the e-commerce website www.dacardworld.com
View all posts by Dave and Adam's Card World →
2015 Leaf Best of Baseball 2015 preview
Panini unveils cards for wrapper redemption program at the National