By Dave and Adam's Card World on October 13, 2014 in Panini, Sports Card News and New Products

The 2014 edition of Panini Limited Football certainly lives up to its name. Every card in the set comes numbered to 399 or less with an emphasis on the word less. Every box will come with three autograph or memorabilia cards. 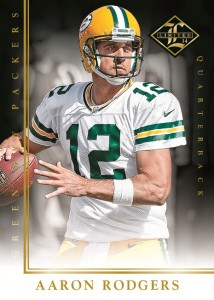 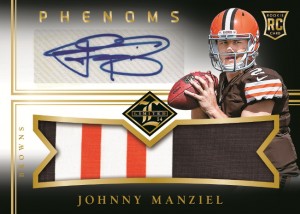 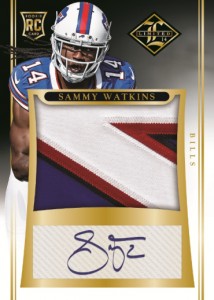 Panini Limited also features Dual, Triple and Quad autograph and jersey cards. These multi-player cards all have Prime parallel versions as well as 1-of-1 jersey tag cards. Star Factor cards come with a trio of jersey swatches and have both autograph and regular versions. Game Day Materials feature game-worn jersey swatches. The exact game from when the jersey was worn is called out on the card. 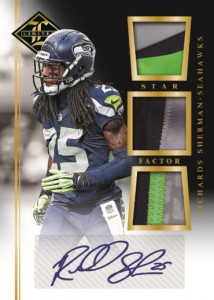 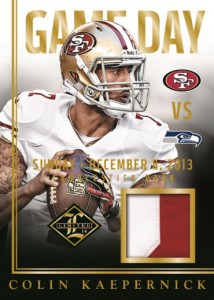 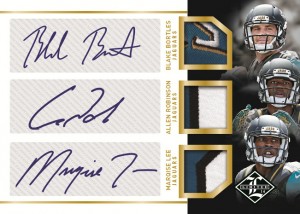 2014 Panini Limited Football releases on November 7 with one pack per box and five cards per box. 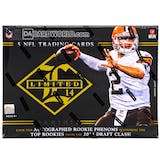 Dave and Adam's is one of the largest sellers of trading cards and collectibles in the world. Located just outside of Buffalo NY, the company operates two retail stores as well as the e-commerce website www.dacardworld.com
View all posts by Dave and Adam's Card World →
DA Cardworld launches 2014 Hit Parade Series 3 Football
2014 Topps Five Star Football preview