Blog Homepage \ Gaming News & New Products \ Why in the World of Warcraft Should I Try This Game?

Why in the World of Warcraft Should I Try This Game?

By Dave and Adam's Card World on February 27, 2013 in Gaming News & New Products

On Saturday March 16th at 2pm at our Transit Road location Dave and Adam’s Card World will be presenting a great opportunity to learn a new game and win some cool prizes.

As some of you may know we have a small, but devoted group of World Of Warcraft Trading Card Game players that are keeping Organized Play going. At this event everyone will be playing with the new starter decks that are coming out. It will be a level playing field and our Judge and Warcraft TO will be on hand to teach you how to play.

Why should you come out and play? Well, let me enlighten you.

Easy to learn, hard to master:
That’s how players describe the World of Warcraft Trading Card Game. Most people can be given a working understanding of the game in ten to fifteen minutes. One of the big things I like, being a Magic player myself, is that you never again need to win or lose a match because of not having drawn enough mana cards.

Growing community means more distinction:
Other card games might have a larger fan base whether from age or their connection to mainstream media, but the wider community also means you’re even more of another face in the crowd. Wouldn’t it be nice to go to a Qualifier in your own backyard? Dave and Adam’s gets to host Realm Qualifiers right now, not someday in the future. 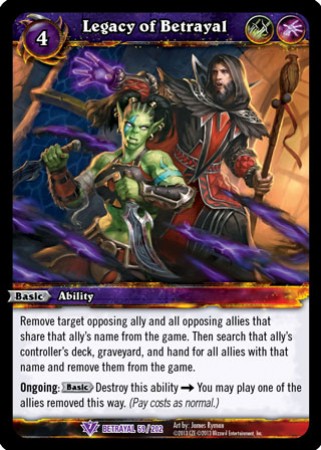 One word. Value:
There is just more bang for your buck in Warcraft then in practically any other CCG out there. As the Gaming Product manager for Dave and Adam’s Card World, I don’t deal with single cards as much as sealed product, but as a gamer geek I make myself aware of them as much as possible. While Warcraft booster boxes are typically less expensive then other similar card games, they enjoy more value in the secondary market. Just a glance at what retailers are selling cards from the most recent set for will show you at least 7 cards that are going for $20 or more.

Even that doesn’t tell the whole story, because with each pack you have the chance to win the lotto and hit the all important Mount Loot card. As many people know, each set has three cards with ascending levels of rarity that can be redeemed for items in the World of Warcraft MMO. They vary in rarity, but the most coveted (and most rare of course) is always the mount card. This set’s mount card, Ghostly Charger, came out of the gate at $200 and has climbed in value since then (it is pretty flippin’ sweet looking after all) to the point where your average Buy It Now on eBay is listing it at $230. 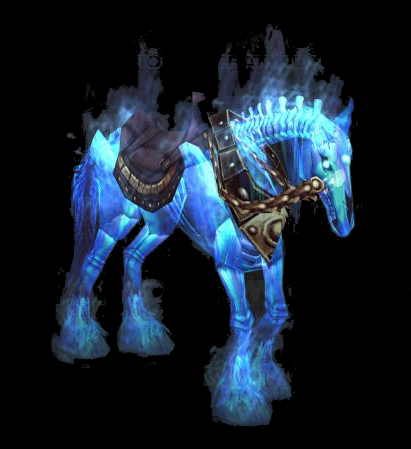 Lastly, variety is the spice of life.
Everyone has their favorite game, but if you want to be true master you need to branch out. It’s in trying different stuff that we learn different skills that ultimately enhance all aspects of our lives as we apply new lessons to new situations.

And who knows you might end up being pretty good. It’s always nice to have a game to fall back on. Ask Jon Finkle about his poker career.

So come out to Dave and Adam’s next month or look for World of Warcraft tournaments in your area. You’ll be glad you did.

For more information on the event check out our Facebook event page.

Dave and Adam's is one of the largest sellers of trading cards and collectibles in the world. Located just outside of Buffalo NY, the company operates two retail stores as well as the e-commerce website www.dacardworld.com
View all posts by Dave and Adam's Card World →
Lots of Bang in The Big Bang Theory Seasons 3 & 4 Trading Cards
Prizm Goodness: Panini Announces 2012 Prizm Baseball