Our Most Recent Amazing Find!

The 1953-1964 Topps baseball cards were gone, but the 1952’s were still there. Hundreds of them. Literally untouched for nearly 70 years. In the first stack there were several Yogi Berra and Willie Mays, but in the second pile…three Mickey Mantles. Every card had sharp corners and full gloss as if they had been pulled from packs the day before. But the collection kept on going.

While growing up in Canada the original owner of this collection was a very meticulous collector. For him it was enjoyable to open a full box and gently place the cards back in the display box. He didn’t make sets. He didn’t put them in his bike spokes.

He even kept the gum – making a stack of 8 pieces and using one of the wrappers to protect it. And he rarely only opened one box.

6 boxes worth of 1966-67 Topps Hockey with several gorgeous Bobby Orr rookies, 5 boxes 1971 O-pee-chee Baseball with the brutal black borders, multiple boxes of 1979-80 O-pee-chee Hockey along with 6 Wayne Gretzky rookies. It went on and on with at least one box for every year in hockey starting in 1965 and O-pee-chee baseball from 1968.

As the years went on and the price of boxes increased he switched to more affordable products such as Upper Deck MVP Hockey until eventually switching to Topps and Panini stickers and albums.

Keep an eye on our site over the next few months as cards from this find come back to us from PSA. And of course, remember when you have anything collectible to sell to please contact us. 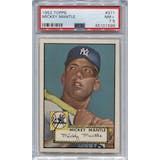 $350,000.00
Due to the high value of this item, we require that all interested parties contact us.
More Info

2 Responses to Our Most Recent Amazing Find!