Blog Homepage \ Blast from the Past \ From Buffalo to Connecticut to New Jersey – A Video Game Buying Trip!

From Buffalo to Connecticut to New Jersey – A Video Game Buying Trip!

By Dave and Adam's Card World on September 24, 2018 in Blast from the Past, Dave and Adam’s Buying Team Stories, Gaming News & New Products, Video Games

Earlier this month our head video game buyer Tony traveled to two of his favorite conventions along with some other stores and comic shops along the way in search of some cool games and other unique items! The traveling started in the first week of September as he headed to Connecticut to attend the RetroWorld Expo Convention in Hartford and continued on into New Jersey for AVGC (A Video Game Con)!

Before the show started Tony traveled around the Hartford area finding a whole bunch of different video games and even comic books for future sales. After already finding a bunch of great games in the area, Tony was excited to get to the show and search for some hard to find games. The RetroWorld Expo was mostly filled with video games but there were also some toys and comic books to be found at certain dealers. The best item Tony found at the show was a complete in box Earthbound for the Super Nintendo. This specific boxed game is very difficult to find in very good condition, and Tony told us it’s the nicest version he has ever seen in person! Not only is the box in amazing condition but the cartridge is as well and it has all of the books with it – needless to say this is a one of a kind piece! As the show continued he also found a huge batch of Nintendo 64 games as well including Super Smash Bros, Mario Kart, The Legend of Zelda: Ocarina of Time and the Mario Party titles. It was a great day of buying for Tony but the fun wasn’t over yet as he prepared to continue on to New Jersey. 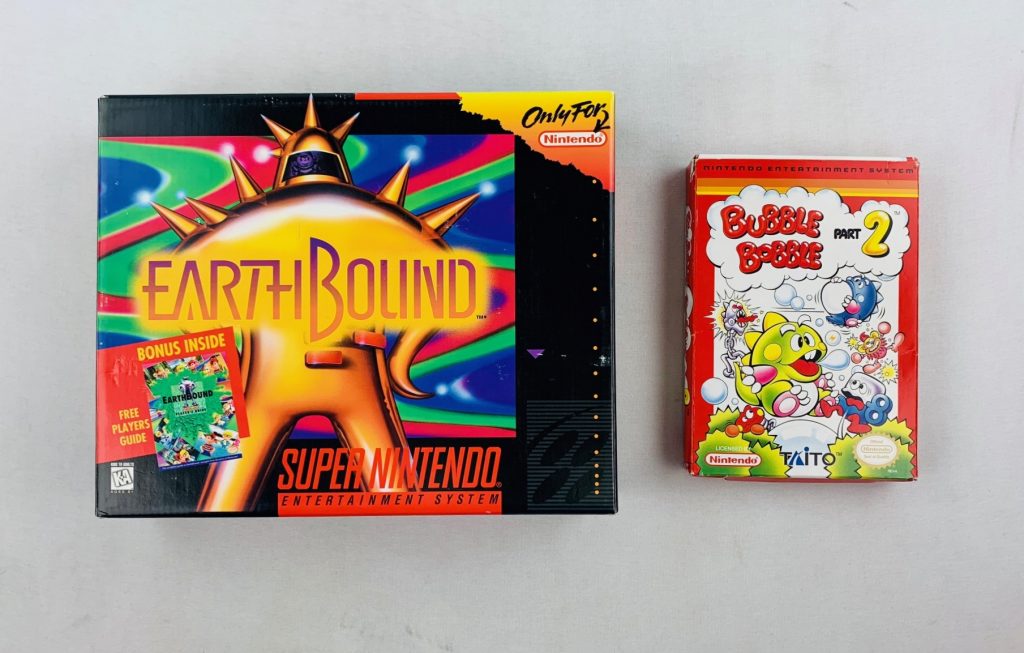 The Back on the road to attend yet another video game convention in New Jersey called AVGC (A Video Game Con), Tony had a feeling he would score another rare gem! This is the first year the convention was in Secaucus, NJ and it was  filled with plenty of new vendors and tons of great deals! Right off the bat Tony was able to score a monster of a Super Nintendo collection that included Chrono Trigger, Mega Man X3, Mega Man Soccer, Mega Man X2 and Final Fantasy III. After that purchase our buyer got to check out some of the cool new independent games that are being developed and showcased. After the quick break it was time for another huge score, as the next table had a huge selection of great Nintendo GameCube games. Tony was able to pick up Fire Emblem Path of Radiance, Mario Kart Double Dash, Eternal Darkness and a sealed copy of The Legend of Zelda: The Collectors Edition. Tony’s favorite purchase from the convention without question though was a complete copy of Bubble Bobble Part 2 for the Nintendo NES. Not to be outdone by the boxed Earthbound the week prior the Bobble Bobble Part 2 is considered to be a bit rarer. This is one of the only copies he has ever seen still in the box with the manual in good condition. As Tony was buying this game a crowd started to form behind him watching him make the purchase and it quickly became the talk of the convention! Tony was not done yet though, as the con was winding down he stumbled across one last awesome buy, a boxed Panasonic 3DO system with a ton of extras! 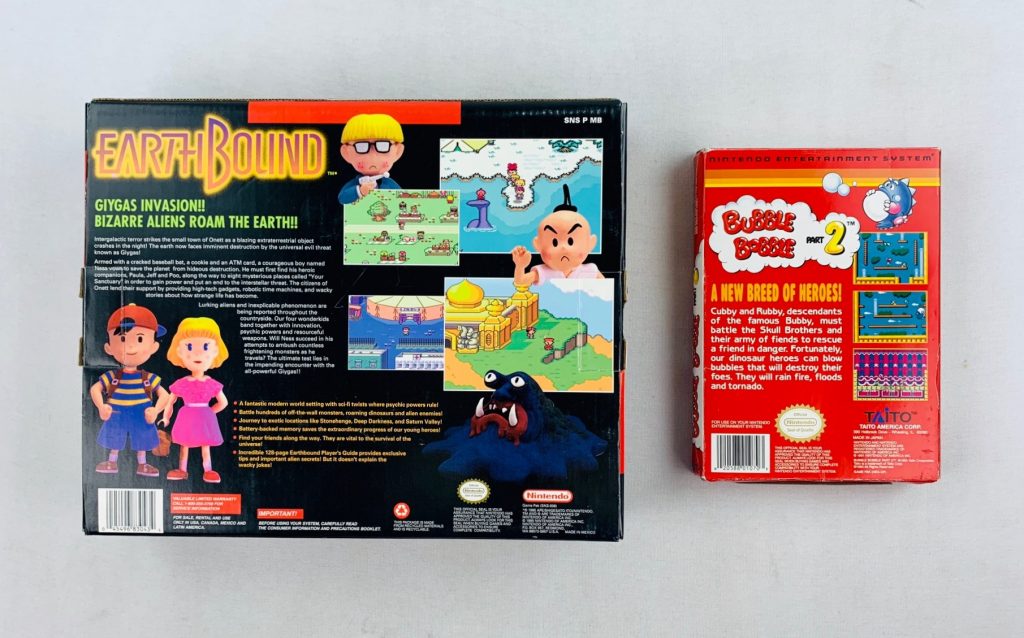 This was a great start to the fall season for our video game department! Tony was not only able to find a ton of great games but TWO incredibility rare ones at that! Check out our website to see all of the above mentioned great games for sale including the boxed complete Earthbound and the Bubble Bobble Part 2! If you have any questions about the games above or are looking to sell your collection, do not hesitate in contacting Tony at [email protected].

Dave and Adam's is one of the largest sellers of trading cards and collectibles in the world. Located just outside of Buffalo NY, the company operates two retail stores as well as the e-commerce website www.dacardworld.com
View all posts by Dave and Adam's Card World →
Eric’s Travel Journey – Portland, Oregon aka Rip City!
Huge lot of sealed Pokemon cards just processed and up for sale!