JUST IN: Over 600 NES Video Games at our Williamsville, NY Store!

By Dave and Adam's Card World on August 23, 2017 in Blast from the Past, Hot Products, News, Video Games

The Nintendo Entertainment System (NES) was first released in October of 1985 in North America and was the most popular video game system for nearly a decade. During that time the NES released 679 video games in North America with the last game being Wario’s Woods on December 10, 1994. 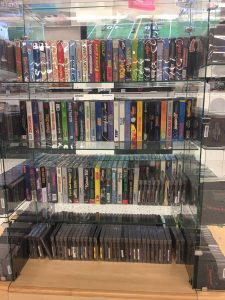 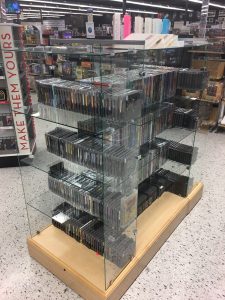 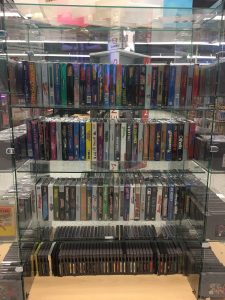 Dave & Adam’s have brought in a huge selection of NES video games to our massive retail store located in Williamsville, NY. There are over 600 different and unique NES titles on display to choose from and they range from loose cartridges, complete boxed copies, cartridges with manuals and boxed versions. All of the games are in plastic box and cart protectors as well. The classics are all there as well including Mario, Zelda, Double Dragon, Battletoads, Castlevania, Teenage Mutant Ninja Turtles Arcade and more! If you have all of those games already there are tons of uncommon titles mixed in for your collection too. Almost all of the boxed games are complete with the manual and in collector grade condition. Every game that is on this display is priced at $30 or less and has been cleaned and tested. Stop into our store located at 8075 Sheridan Drive in Williamsville (at Transit and Sheridan, behind Len-Co Lumber and near the Eastern Hills Mall) and if you are looking for more high end games for the NES check out our selection online here.