By Dave and Adam's Card World on September 1, 2010 in Sports Card News and New Products

Last weekend we held a special event with In the Game at our Transit Rd. Hobby Shop in Williamsville, NY. It was the first Collecting in the USA event put on by In the Game. In the Game has held many similar redemption events throughout Canada, known as the ITG Cross Canada Redemption Tour.

On this day, collector’s who purchased a box of 2008/09 ITG Heroes and Prospects Hockey were given a randomly selected game used memorabilia card specially stamped 1/1. There were some great cards given out! With the weather being so nice and our tent sale going on, we decided to take the event outside. Check out some photos below: 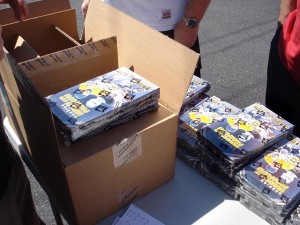 Along with the awesome 1/1’s, there were some great hits from the boxes. 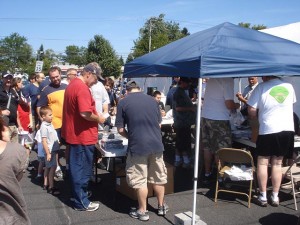 Customers lined up for their redemption cards. 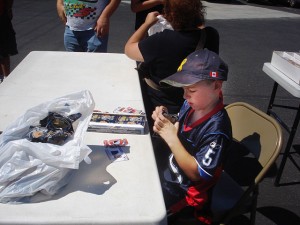 A young collector ripping into some hockey packs. 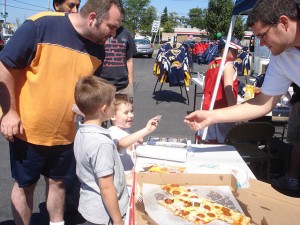 Getting raffle tickets from In the Game’s Erik Brown. 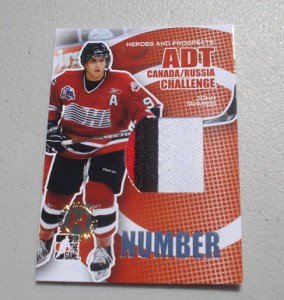 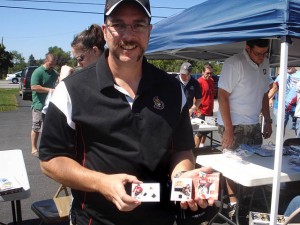 In the Game fan Ross Elson with a few 1/1 cards. 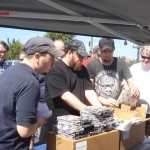 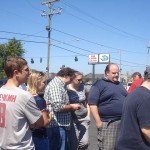 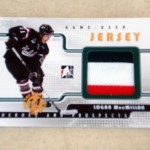 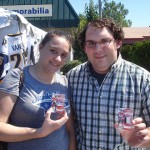 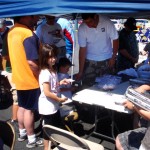 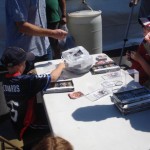 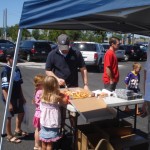 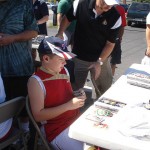 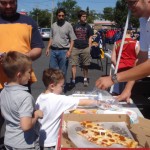 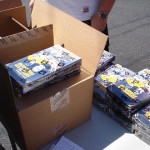 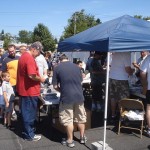 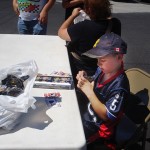 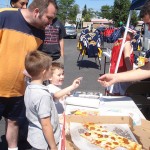 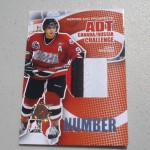 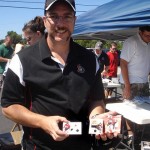 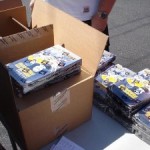 Thanks again to all the customers who participated, the In the Game company, and Erik from In the Game who came down for the event.

Collecting in the USA, In The Game, ITG Hockey Cards