By Dave and Adam's Card World on August 17, 2015 in Sports Card News and New Products, Topps

Topps’s flagship product, Series 1 Baseball, gets a radical new design for 2016. For the first time ever the base set images will fill the entire card, with no borders. Hobby boxes will contain one autograph or relic card. Jumbo boxes contain one autographs and two relics. Leading the list of insert sets is Berger’s Best, which pays tribute to the man responsible for creating the modern day baseball card in 1952, Sy Berger. Each card in the set pays tribute to a memorable from each Topps set dating back to 1952. Pressed Into Service highlights ten position players that had to fill in as an emergency pitcher. 100 Years at Wrigley Field commemorates 25 memorable moments involving the Chicago Cubs at Wrigley. Back-to-Back salutes 15 different great power hitting combos. Returning after a 20-year hiatus are Topps Laser cards. This 25-booklet card set includes an unique laser-cut design on the front and is numbered out of 99. Additional insert set include Perspectives, which include action shots of hitter mid-swing, 2016 Presidential Candidates and the return of the popular First Pitch cards. First Pitch highlights celebrities that threw out a first pitch at an MLB game during the 2015 season. Commemorative Relic cards come with a manufactured memorabilia piece. A total of 35 players have Team Logo pin cards with a metallic pin of their respective team’s logo. No-Hitter Pin cards pay tribute to 15 no-hit efforts by pitchers. The pin features a specially created logo as well as the player’s team name and the date of the accomplishment. Both sets of pin cards have signed versions numbered to 25. Topps brings back Coin and Stamp cards that pay tribute to World Series champions with a coin and stamp from the same year. The coin can be either a quarter, dime, nickel or penny. Quarter cards also have signed versions numbered to ten. Glove Leather autograph card feature player signature on material that is similar to a leather baseball glove. World Series Champion and Postseason Performance cards salute teams and individual players for their accomplishment in the MLB playoffs. These have relic (#’d to 100), autograph (#’d to 50) and auto relic (#’d to 50) versions. Scouting Reports provide analysis of some the game’s top players and come in autograph and relic versions. 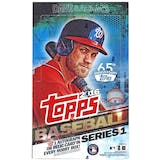 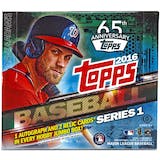 Dave and Adam's is one of the largest sellers of trading cards and collectibles in the world. Located just outside of Buffalo NY, the company operates two retail stores as well as the e-commerce website www.dacardworld.com
View all posts by Dave and Adam's Card World →
2014-15 Panini Flawless Basketball preview
#DACWPulls: Hockey, Hornsby 1/1 & Hoops