The Hit Parade crew has put together a second series of their popular Autographed Baseball Jersey edition. 2015 Hit Parade Autographed Baseball Jersey Series 2 features a run of 100 hand-numbered boxes with each one containing an autographed baseball jersey. All autographs in this product have been authenticated by either PSA/DNA , Mounted Memories, Dave & Adam’s, Fanatics, Schwartz Sports, Leaf,  Steiner, Major League Baseball, Player Holograms, or JSA. 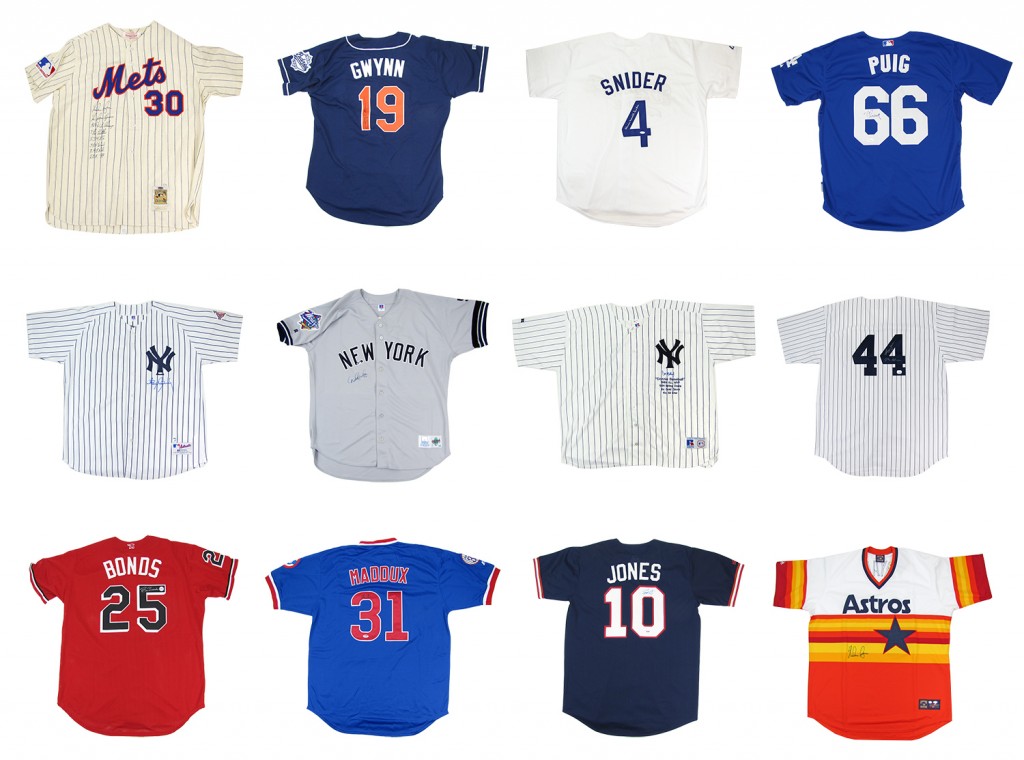 Topping the checklist in Series 2 is an autographed Derek Jeter Yankees jersey authenticated by Steiner Sports. This is a special limited edition jersey numbered out of 99 and features a World Series patch on the sleeve. Additional baseball stars in this release include Bob Gibson, Barry Bonds, Nolan Ryan, Reggie Jackson, Jose Abreu and Yasiel Puig.

Series 1 Baseball flew off our shelves in about month and we expect Series 2 to last not much longer than that. These have been a great value purchase for memorabilia collectors.

Dave and Adam's is one of the largest sellers of trading cards and collectibles in the world. Located just outside of Buffalo NY, the company operates two retail stores as well as the e-commerce website www.dacardworld.com
View all posts by Dave and Adam's Card World →
Upper Deck updates redemption checklist for 2015-16 Artifacts
Dave & Adam’s “Leaders of The Pack” – Week 14