Making its debut on the pitch, 2018/19 Panini Treble Soccer focuses on club teams around the world! Treble will mark the first time that collectors can pull true rookie cards of up-and-coming players! Collectors can also find three autograph or memorabilia hits per box! Let’s take a closer look at what else this brand-new product has to offer this winter.

The 2018/19 Panini Treble Soccer checklist has a 200-card base set comprised of the top players around the world in their cub crest and colors. This will be your first opportunity to grab cards of superstar Cristiano Ronaldo with his new Italian club Juventus! 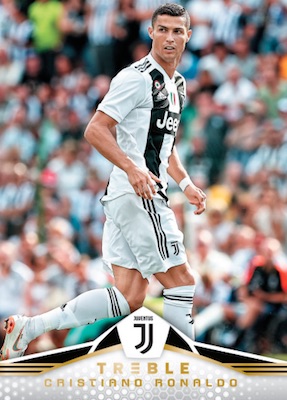 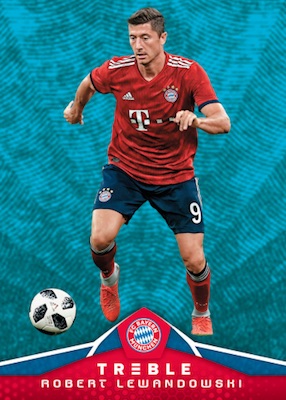 As mentioned above, Treble will offer the first true rookie cards in the 25-card Panini Premiere subset, averaging one per box. Collectors can chase after micro-etched parallels for the base and rookies as well: Blue (#/75), Purple (#/49), Gold (#/25), Green (#/10) and Platinum (1 of 1) versions. Each hobby box should have three numbered parallels. 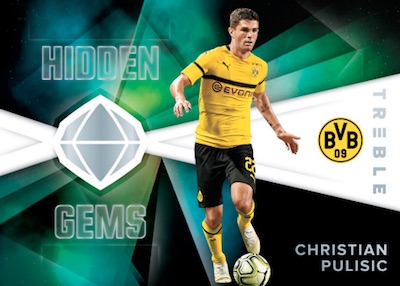 Moving to the inserts, there are six different options that combine to fall two per box on average. Atmosphere covers 15 of the most exciting players on the pitch and Hidden Gems hfeatures five of the top players in the game! Living up to its namesake, Midfield Majesty is of course focused on midfield stars, while New Sensations features 30 players who recently switched clubs. Finally, Stallions showcases 20 players who refuse to lose and the dual-player Team Chemistry looks to some of the best ‘1-2’ player combos. 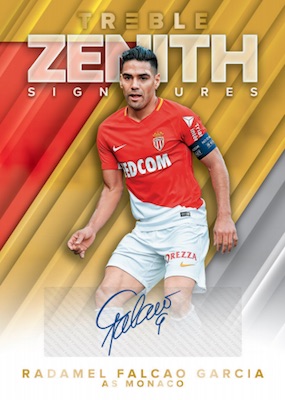 2018/19 Panini Treble Soccer is packed with seven different signed sets to collect! The autographed relics average one per box and include Jersey Autographs and Dynamic Jersey Autographs. First Ink boasts the first certified autographs for key stars from yesterday and today. Zenith Signatures is another choice, adding Red (#/50 or less), Gold (#/25 or less) and Platinum (1 of 1) parallels. Paying tribute to the popular FIFA World Cup Sticker sets, Sticker Tribute Signatures cards include past releases that have been signed by the likes of Cristiano Ronaldo, Lionel Messi, Diego Maradona, among other superstars! 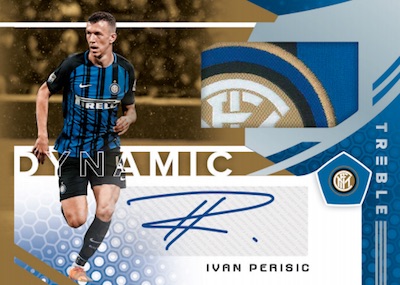 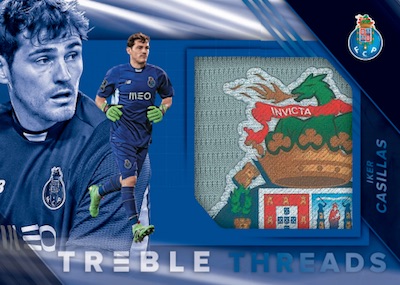 2018/19 Panini Treble Soccer is set to make quite the debut around hobby and soccer circles this winter. Lock in your presell price today – boxes (3 packs per box) and cases (10 boxes per case) are now up for order on our website! Treble Soccer is set for release on Wednesday, December 5th. 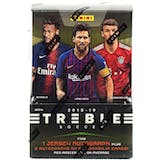 Dave and Adam's is one of the largest sellers of trading cards and collectibles in the world. Located just outside of Buffalo NY, the company operates two retail stores as well as the e-commerce website www.dacardworld.com
View all posts by Dave and Adam's Card World →
DACW Live – The Best Box Break Hits of the Week 9/3 – 9/16
Eric’s Travel Journey – Portland, Oregon aka Rip City!