What’s Up in the DACW Live Lounge – June 22nd

The end of June means baseball, baseball and more baseball! Topps Series 2 released last week and two of the chase sets are “Tribute to the Kid” which is commemorating Ken Griffey Jr.’s induction into the Hall of Fame and Chasing 3K which is following Ichiro Suzuki’s chase for 3000 major league hits. We were able to snag an absolutely incredible 1/1 Griffey Tag auto in the “Tribute to the Kid” set that shows off his short stint with the White Sox which also makes it one of the rarest since there are only 2 in the 30 card set.

The Ichiro shown is not a “Chasing 3K” card but a SP base card for the NEW all time professional baseball hit king (Japan + MLB). He is closing in on 3000 and it will be quite a special occasion when he finally reaches it. 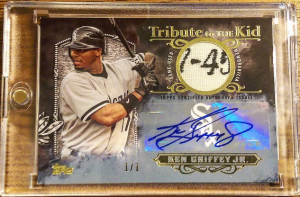 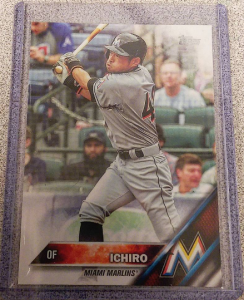 I’ll show off my favorite hit of the week here, with this incredible Michael Jordan Authentic Moments auto from 2014/15 Upper Deck SP Authentic Basketball. These are some of the most sought after cards in the entire set based on the hard-signed gold ink on some of the most iconic shots in basketball history! These are seen throughout the SP Authentic releases and are always a thrill to pull, I know our buddy Ted was ecstatic when I snagged it for him. 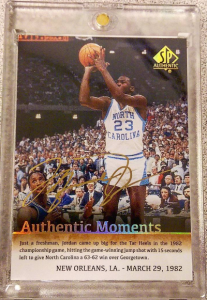 To wrap up this week’s What’s Up in the Live Lounge I’ll give my final reminder that we are breaking LIVE at the 2016 NHL Draft right here in Buffalo on June 25th! Three of the four breaks have already sold out and the last break – 2014/15 Upper Deck The Cup – only has 6 spots left. So act fast!

Don’t miss out on this amazing experience brought to us from the great people at Upper Deck!