By Dave and Adam's Card World on September 1, 2015 in Panini, Sports Card News and New Products

2015 Panini Spectra Football combines a large collection of colored and die-cut parallels with a decent selection of autograph and memorabilia hits to provide a nice early season release for football collectors. Hobby boxes of Spectra will produce four autographs, seven memorabilia cards and three Prizm parallels (and that’s in a box that only contains 16 cards total). 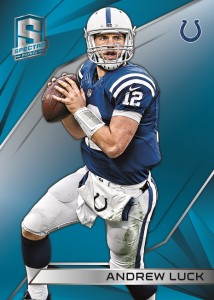 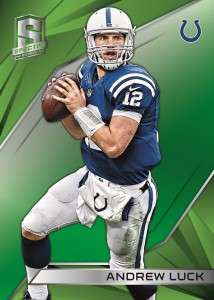 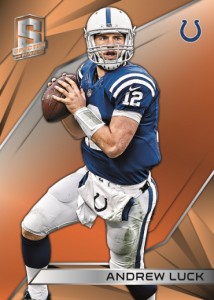 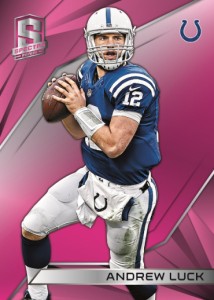 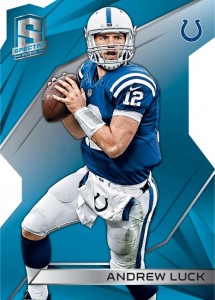 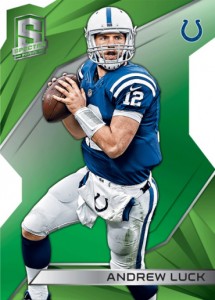 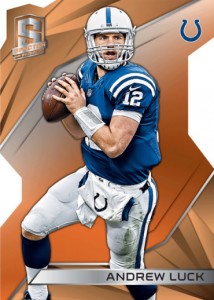 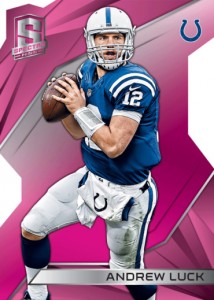 The base set features over 100 subjects and features a brightly-colored array of parallels. Base cards come in four different neon colors (Blue, Green, Pink and Orange), and each color comes in regular and die-cut versions. Every card in 2015 Spectra is numbered to 199 or less. 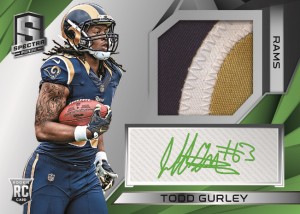 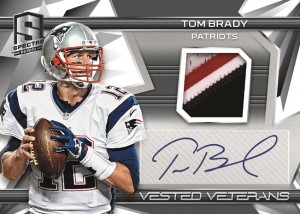 Panini takes take the neon coloring a step further with the Rookie Jersey autos. Players signatures are in neon ink that matches the color of the card. Rookie Jersey autograph cards are numbered to 99 or less. Veteran player jersey auto cards can be found in Spectra as well with Vested Veterans. 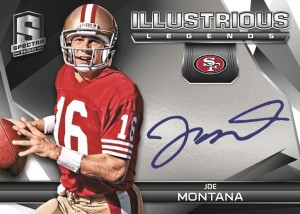 Spectra features on-card autographs from football greats on Illustrious Legends cards numbered to 99 or less. Panini has included Hall of Fame and Super Bowl winning autograph cards that have been in previous Panini releases. 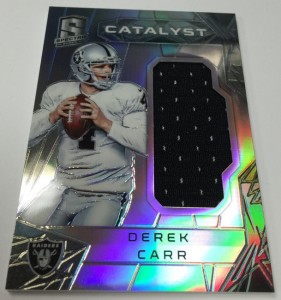 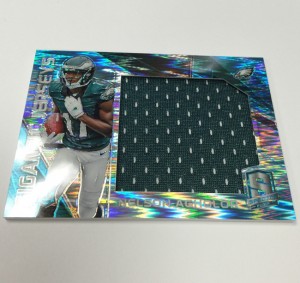 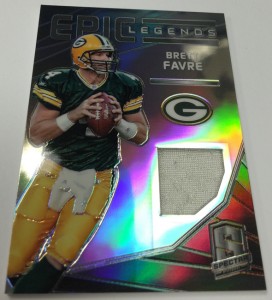 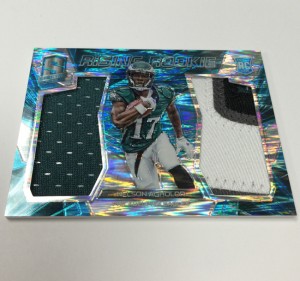 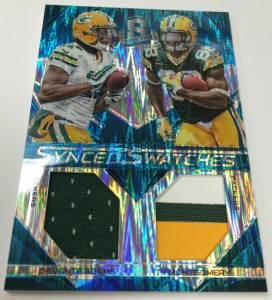 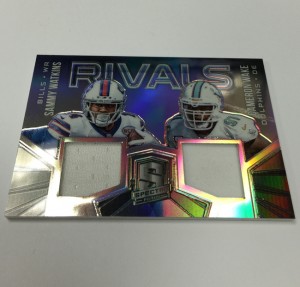 For dual relics there are Rising Rookies with two swatches from one player. You can also find dual relics with swatches from two different players that are either teammates (Synced Swatches) or opponents (Rivals). Team Trios and Quads take the multi-relic approach for players of the same team and feature a mix of rookies and veterans. 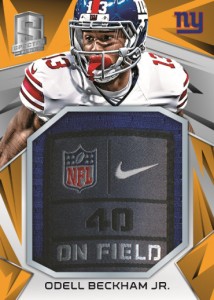 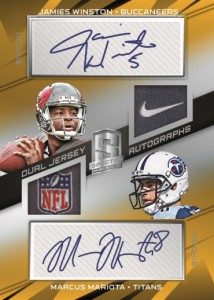 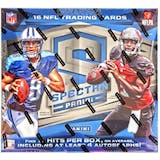 Dave and Adam's is one of the largest sellers of trading cards and collectibles in the world. Located just outside of Buffalo NY, the company operates two retail stores as well as the e-commerce website www.dacardworld.com
View all posts by Dave and Adam's Card World →
Leaf signs Jack Eichel to record-breaking, exclusive trading card deal
#DACWPulls: Wiggins 1 of 1 from Immaculate Baseball!?!?