Cup Hockey is the one of the most talked about products every year in the hockey card market, and this year is no exception with talk of the product being short printed. 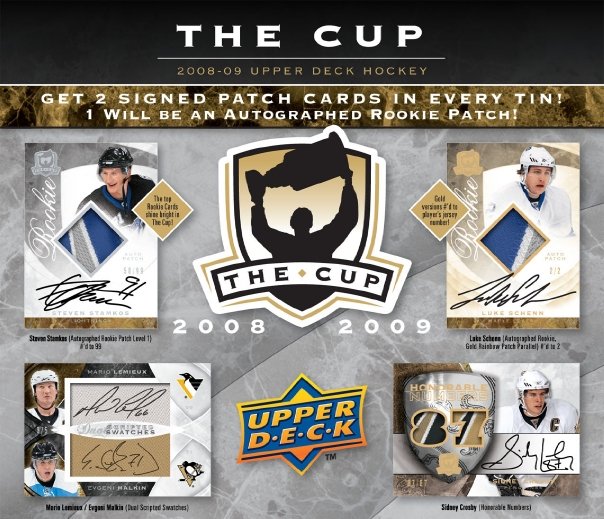 Besides yielding the most sought after rookie cards of the year, The Cup also brings back popular inserts like Honorable Numbers, Dual Shields, and Scripted Swatches. Upper Deck has also included a few new items this year including 500 Goal Scorers, a Gretzky Signature Insert, and Insert set dedicated to Canada Hockey Excellence and signed rookie draft boards right from the stage! You can see some of the new elements below: 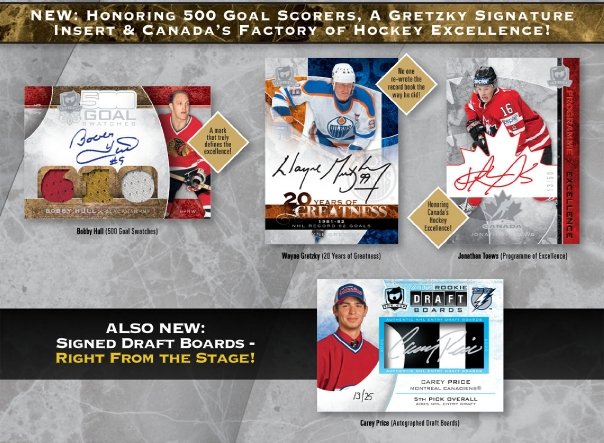 You can check out even more information on the Cup over at Upper Deck’s Facebook Page.