By Dave and Adam's Card World on November 7, 2016 in DACW Live Breaks 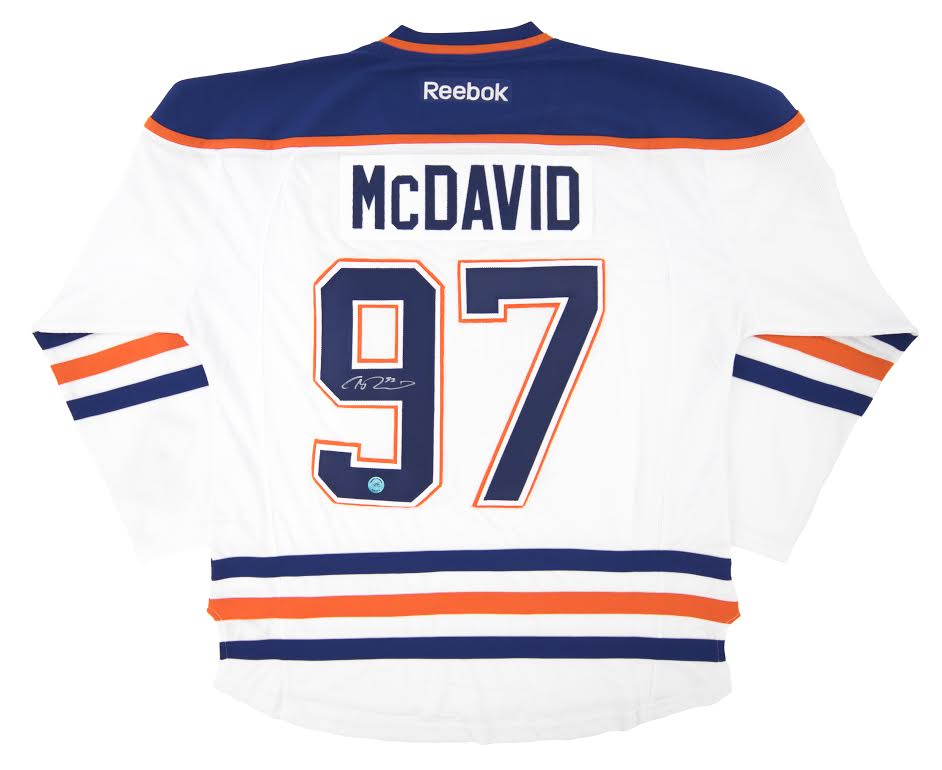 Someone will win an Autographed Connor McDavid Jersey!

After over twenty group breaks of 2015/16 Hit Parade Autographed Hockey Pucks and 2015/16 Hit Parade Autographed 8x10s, along with several personal breaks of both of these products, we figure why not combine them both? We have essentially made a Voltron of Hit Parade Hockey products, topped off with a chance at a signed Connor McDavid jersey. If you haven’t heard by now, this kid is pretty darn good at hockey and not only can you win a signed jersey of him, I have even pulled several signed McDavid 8x10s and Pucks in these as well! Just think of it…walking away with TWO McDavid autos for $50? Aside from McDavid there are tons of great hits of star players, top prospects, and fan favorites littered throughout this product. This product brings great value to you as a breaker and it will be opened LIVE! You will not have to worry about sending in a draft order email as all hits are randomly assigned after the break. Which is then followed by a separate random for the McDavid Jersey.

Information on the Hit Parade Pucks:

We are so excited to be launching the 2015/16 Hit Parade Stars of Hockey Autographed Hockey Puck Series #2 Edition. This series #2 product is just jam packed with superstars and future stars of the NHL! Each box contains an autographed puck authenticated by either Upper Deck, AJ’s Sportsworld, Frameworth, Frozen Pond, PSA/DNA, Leaf, Steiner, JSA or Dave & Adam’s Card World. Each puck also comes in a puck cube for protection and display as well! Every box will include the authentication as well as the identification of which player has signed the puck.

Information on the Hit Parade 8×10’s: