For the past 30 years some of the most popular Christmas gifts every season are video games. While the graphics and content of video games have changed over the decades they still are a go to gift for many. Our head video game buyer Tony Meyer is taking a look back at holiday video games, take it away Tony! 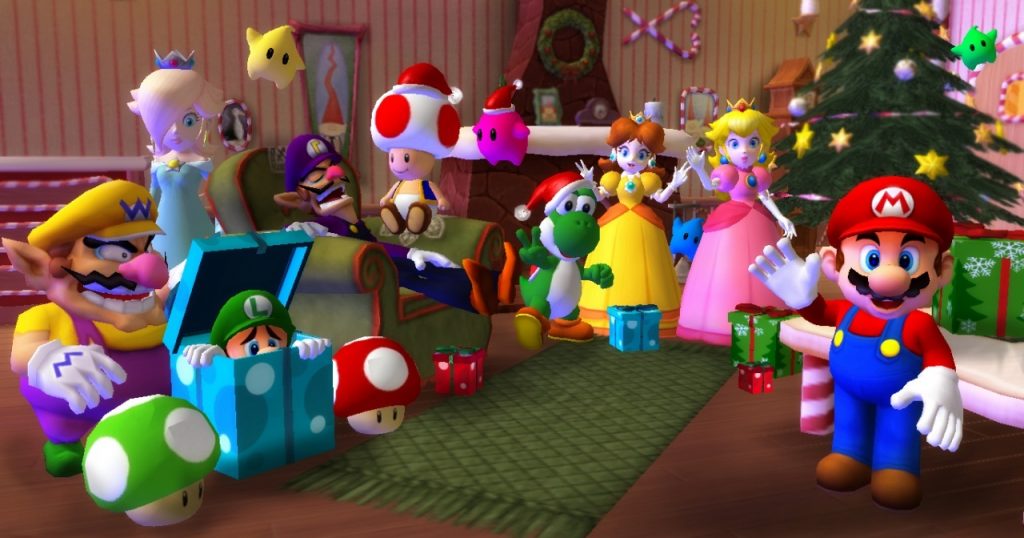 Christmas 1986, video gaming was just making a comeback to the market after the video game crash of the early 80’s. Most consumers were still hesitant to get back into gaming and purchase a new console and games. By the time the holiday season rolled around there were three main video game consoles to choose from: the Nintendo Entertainment System (NES), the Sega Master System, or the new Atari 7800. Nintendo was already more established, being released one year prior, and with the addition of a new adventure game in February of 1986 called The Legend of Zelda it was number one on every gamers Christmas list to Santa! After the release of the NES, Nintendo continued their success with the release of the Super Nintendo and Game Boy. 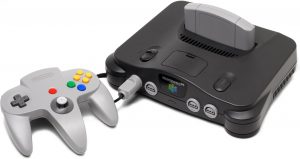 Fast forward 10 years to the holiday season of 1996, the anticipation levels were at an all time high with the release of Nintendo’s next big system. The video game market was still belonging to Nintendo at the time, Atari was done and Sega was fading out but there was a new competitor in town. In 1995 Sony released a new home video game console marketed towards an older generation of gamers; the Sony PlayStation. The Nintendo 64 launched to battle the Sony PlayStation in 1996 with two launch titles Super Mario 64 and Pilotwings 64. Across the country people flocked to the stores to get a N64 console and it was soon commanding prices over $1,000 on the secondary market. Hopefully that holiday season no one handed you a list that had either a Nintendo 64 or Tickle Me Elmo on it! 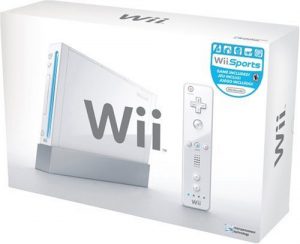 Jumping into the new millennium video games were as popular as ever and still one of the hottest holiday gifts to give. Sony and Nintendo continued to make new consoles and welcomed a new company into the gaming industry Microsoft. By the fall of 2006 Microsoft had already released their second console and in November Sony was releasing their third. Both the xBox 360 and Sony PlayStation 3 were classic consoles with standard controllers, hard drives and lots of high end graphics. Nintendo wanted to try something new and innovative to set them apart and one week after Sony released the PlayStation 3, the Nintendo Wii was launched. The Wii was advertised as having wireless and motion controls which everyone wanted to try. Again Nintendo pushed the limits of the industry and stood out from the crowd. The holiday season of 2006 was all about trying to get a Nintendo Wii, which went on to outsell both the xBox 360 and PS3 during its production. 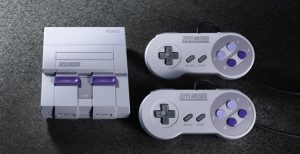 During the next ten year jump we would see Microsoft and Sony push each other with graphics, memory and gadgets (VR, Kinect) while Nintendo failed with their follow up console to the Wii which was the Wii U. While Nintendo was developing their next console set to release that spring, they did not want to leave us empty handed for the holiday. By the fall 2016 you would think history wouldn’t repeat itself but Nintendo was going to prove us wrong once again. Last November Nintendo released the NES Classic, a pre-installed system with 30 classic NES games on it. This instantly sold out everywhere and was one of the best gifts to give last year. The NES Classic sold an estimated 2.3 million units until it was discontinued in April of 2017.

For the past 30 years Nintendo has been on the top of holiday wish lists and 2017 is no different with the SNES Classic and Nintendo Switch. Every holiday season it is impossible to predict what is going to be the new hot item but one thing is certain; video games will always be a popular choice!

Dave and Adam's is one of the largest sellers of trading cards and collectibles in the world. Located just outside of Buffalo NY, the company operates two retail stores as well as the e-commerce website www.dacardworld.com
View all posts by Dave and Adam's Card World →
2018 Hit Parade Comic Slab Famous Firsts Edition Series One is out now!
2018 Hit Parade Baseball Graded Card edition Series One is out January 5th!