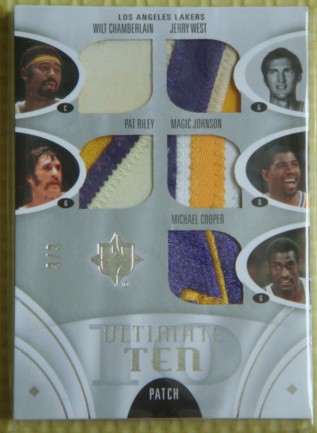 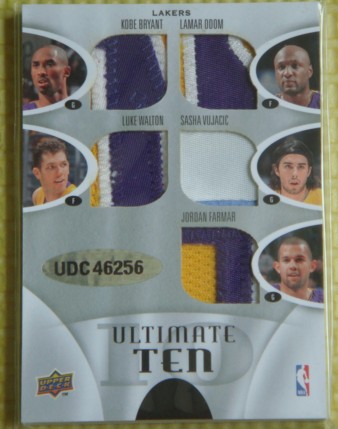 The card is numbered 3/3 and has some awesome patch breaks, check out the fading and color difference on the Jerry West and Pat Riley patches.

Awesome card Zhang, thanks for sharing it with us!