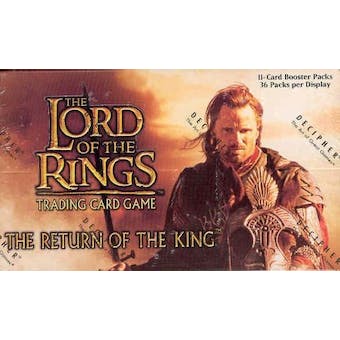 Decipher Lord of the Rings Return of the King Booster Box