Time for another edition of DA Drops – where we break down this week’s new and hottest releases to get you all ready!

This week is chock full of big-time releases Basketball & Football releases to keep turning up the heat this Summer, get ready!

One of the most anticipated releases of the year, National Treasures returns offering a variety of autograph memorabilia content!

Chase after the brand new Treasure Chest Booklets featuring the top superstars in the NBA!

Each Box contains Four Autographs, Four Memorabilia Cards, One Printing Plate, and One Base or Base Parallel!

A 220-card Trivia game, complete with a gameboard poster, 4 player markers and a cut signature card featuring an autograph of a player or manager that appeared in the World Series. 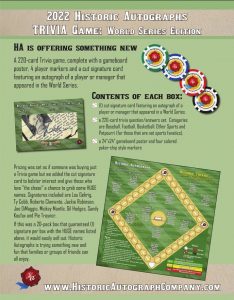 Contents of each box:

– (1) cut signature card featuring an autograph of a player or manager that appeared in a World Series.
– A 220-card trivia question/answers set. Catagories are Baseball, Football, Basketball; Other Sports and Potpourri (for those that are not sports fanatics).
– A 24″x24″ gameboard poster and four colored poker-chip style markers

Look for updated Rookie photography in their NFL jerseys printed on OptiChrome in Score and Legacy Update!

Next up is another absolute banger and staple of modern football card collectors – 2021 Panini Donruss Optic Football is finally here!

2021 Donruss Optic is loaded with on-card autographs, parallels, and all the best rookies the NFL has to offer.

Look for on-card Rated Rookie autographs of Trevor Lawrence, Zach Wilson, Justin Fields, Najee Harris, and all the other top RPS Rookies from the 2021 Class.

Look for the rare and ultra-popular case hit insert Downtown, which parallels down to Gold Vinyl 1/1!

Switching from the gridiron to the hardwood we have another variation of a staple product – 2021/22 Panini Prizm Basketball Fast Break!

Each Box Contains One Autograph, 12 Prizms, Six Inserts, and One Rookie Variation!

Each box of Legendary Duelists: Season 3 includes 1 Secret Rare – a rarity that wasn’t available in Immortal Destiny or Magical Hero – as well as 6 Ultra Rares. For this release, because it has a double dose of Jaden, the Ultra Rares will come in the colors of the 3 Duel Academy dorms: 2 red Ultra Rares for Slifer Red, 2 blue Ultra Rares for Obelisk Blue, and 2 standard Ultra Rares for Ra Yellow. 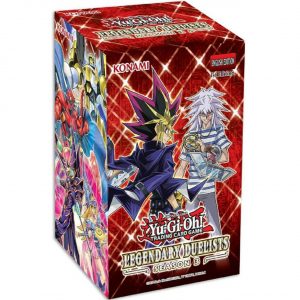 And as a special bonus, each Legendary Duelists: Season 3 box will also contain one of several collectible dice featuring famous monsters or symbols associated with Yugi, Jaden, and Yusei.

Each Legendary Duelists: Season 3 box contains a grand total of: