It’s been a busy year for our friends at Upper Deck with a year long celebration commemorating their 25th year in the industry. UD will have four new releases coming out during the next three weeks that cover three different sports.

Two of those releases will be out this Wednesday (October 22), including 2014 Conference Greats. This college football set traces the storied history of the Southeastern Conference and the great athletes that played for SEC schools. The set features both recent standouts, such as Johnny Manziel and Mike Evans, plus legendary SEC graduates, including Peyton Manning and Joe Namath. 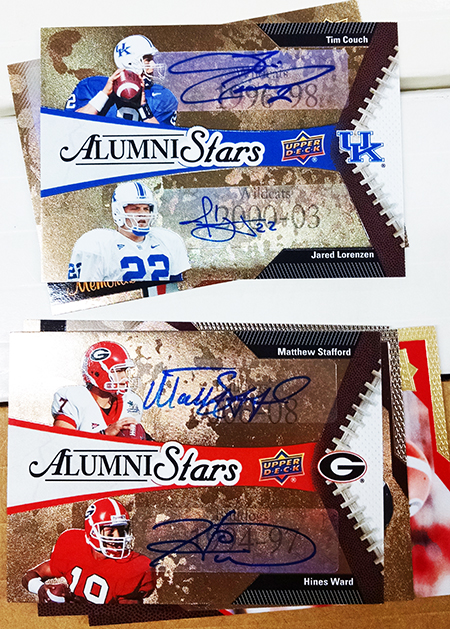 The second set due out this Wednesday is 2013-14 The Cup hockey. Last week we posted some preview pics from this set but UD sent us a couple more worth a look. One includes huge jumbo patch autograph cards from Steve Yzerman and Paul Coffey. If you notice the signature on the Coffey card it includes the inscription “Sweet”, which Upper Deck tells us was done by Coffey on his own. In honor of 2013-14 The Cup’s releases on Wednesday DACW Live will be live streaming five case breaks starting at 12 PM Eastern. 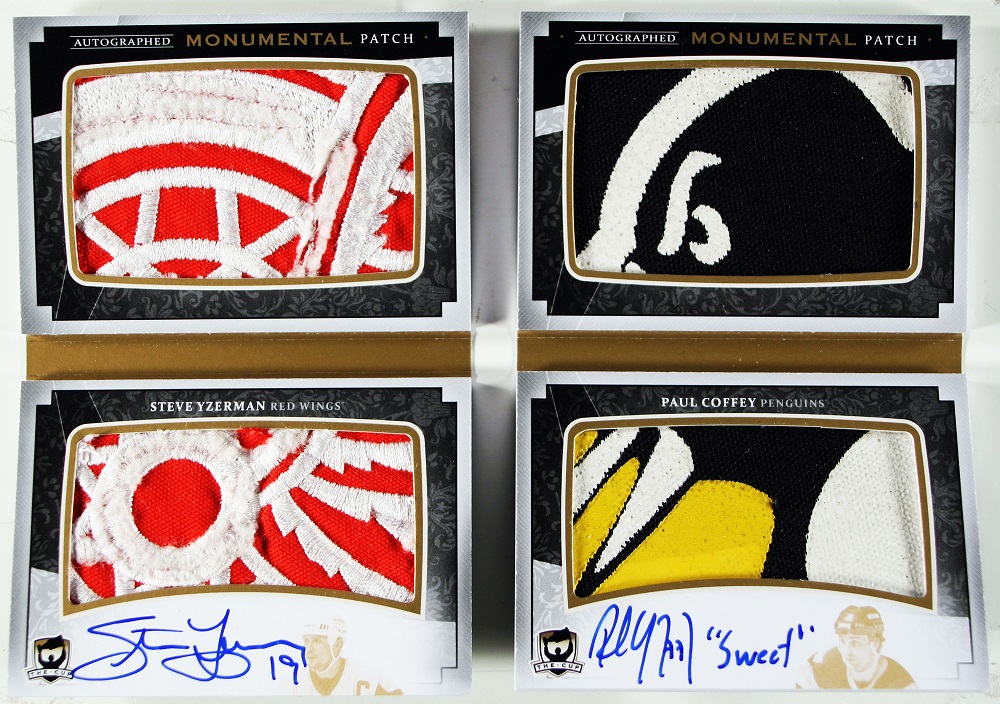 Upper Deck will roll out two more release on November 5 with 2013-14 Exquisite Basketball and 2014-15 NHL Series 1 Hockey. One of the big selling points of Exquisite Basketball is the availability of Michael Jordan memorabilia and autograph cards. Upper Deck has added sneaker cards to this year’s set with UD Signature Kicks and you’ll be able to find pieces of MJ’s Air Jordans in that set.

Be sure to preorder all these upcoming Upper Deck releases here at DA Cardworld.

Dave and Adam's is one of the largest sellers of trading cards and collectibles in the world. Located just outside of Buffalo NY, the company operates two retail stores as well as the e-commerce website www.dacardworld.com
View all posts by Dave and Adam's Card World →
Dave & Adam’s “Leaders of the Pack” for Week 7
Upper Deck signs exclusive trading card deal with Euroleague Basketball