By Dave and Adam's Card World on January 23, 2015 in Sports Card News and New Products, Topps 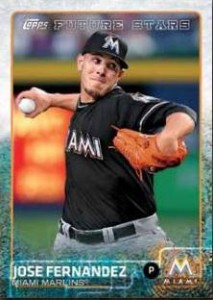 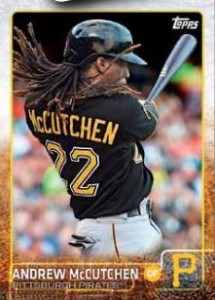 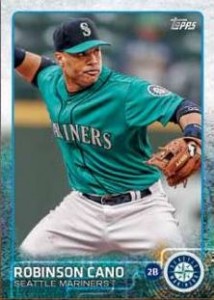 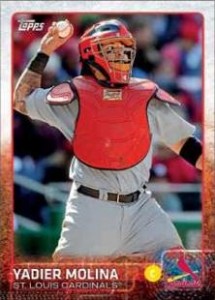 Topps has also included special Clear (#’d to 10) parallels exclusively in Hobby boxes. Hobby and Jumbo cases will have one numbered Silver Frame parallel as well.

There are several sets of inserts, many of which have autograph, relic and/or auto versions available.

Stepping Up highlights clutch moments in the careers of 20 players. Eclipsing History are dual-player cards featuring a player that broke an MLB record and the player he beat to capture that mark. 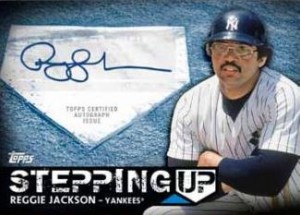 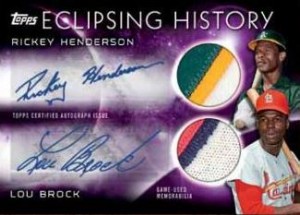 Highlight of the Year continues from Series 1 as a set that covers historical moments in baseball history. Series 2 has 30 more cards to go with the 30 in Series 1. 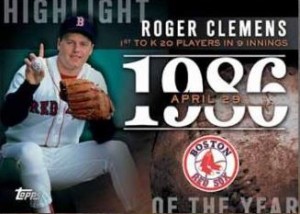 Baseball Royalty salutes 25 of the greatest players of all time. These and the Gold parallel versions (#’d to 99) are Hobby and Jumbo exclusive and land two per box. 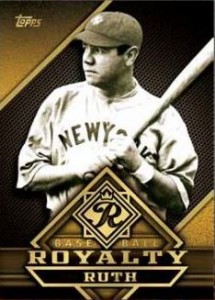 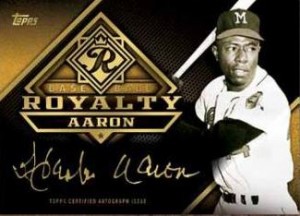 Heart of the Order covers 20 great sluggers and how their respective teams built a batting order around them. ‘Til It’s Over recalls 15 great come from behind efforts in baseball history. 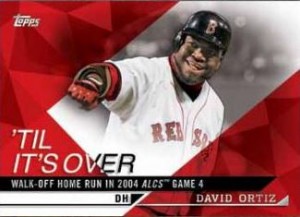 Look for special Commemorative Relic Cards that land one per Hobby case and one per Jumbo box. Commemorative Patch Pins (#’d to 199) take memorable uniform patches from baseball’s past and turn them into metal pins that are mounted on a card. 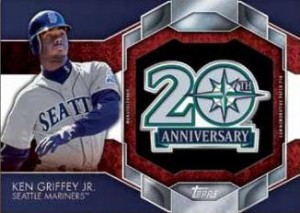 Commemorative Bat Knobs use reproduced versions of the bat knobs from 25 great players. The color of the bat knob is changed up for the two levels of parallels: Black (#’d to 99) and Pick (#’d to 25). 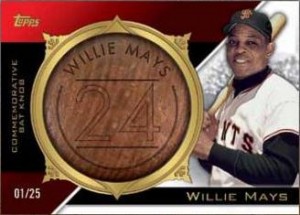 Birth Year Coin and Stamp cards are a hold over from Series 1 and come with a postage stamp and piece of US currency from the birth year of baseball stars from the past and present. Cards will contain either a penny, nickel, dime or quarter. All versions are numbered while quarter cards with an on-card autograph are numbered to ten.
Additional inserts that get a curtain call from Series 1 are Strata Signatures and Career High autos and relics.
Series 1 had a set of jersey letter cards and Series 2 does as well. This time they are called Own the Name and contain nameplate letters from game-worn jersey. All Own the Name cards are numbered one-of-one and are exclusive to Hobby and Jumbo boxes.

Hobby and Jumbo boxes will each have two stamped buybacks per box.

Dave and Adam's is one of the largest sellers of trading cards and collectibles in the world. Located just outside of Buffalo NY, the company operates two retail stores as well as the e-commerce website www.dacardworld.com
View all posts by Dave and Adam's Card World →
Dave & Adam’s drops the puck on Hit Parade: 1952-1959 Edition Hockey
Friday Night Magic Recap: December & January