By Dave and Adam's Card World on October 15, 2014 in Panini, Sports Card News and New Products

Last week I wrote a preview about 2014-15 Panini Totally Certified Basketball that covered some of the new features Panini had rolled out. You’ll find that many of these same features will be found in Totally Certified Football, which comes out a week after its basketball counterpart. 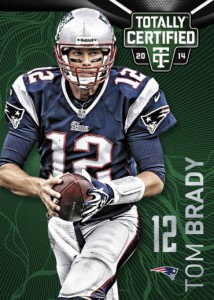 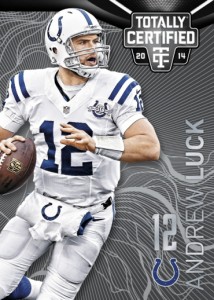 There is also a large assortment of rookie autograph and jersey cards featuring the biggest names to come out of the draft (Watkins, Bortles, Manziel, etc.). Look for 1-of-1 Nike Swoosh Platinum Black parallels of 40 top rookies.. 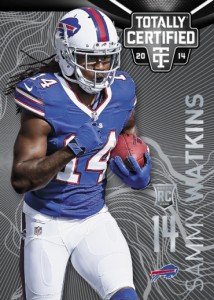 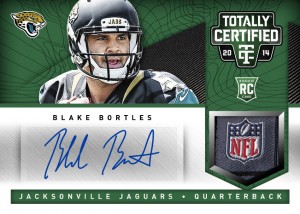 Just like the Totally Certified Basketball set Panini has reintroduced Epix Memorabilia into this year’s football release. Fifteen players are featured in the set with four relic cards devoted to each player. The cards range in number of swatches from one to four and increase in rarity based on the amount of swatches. Epix Play Red comes with one piece, Game Blue (#’d to 50) has two pieces, Season Gold (#’d to 25) has three pieces and Moment Green (#’d to 5) has four pieces. 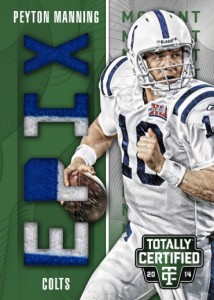 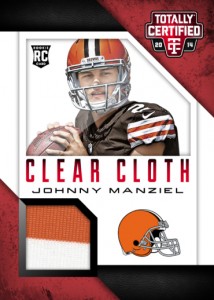 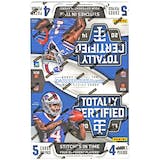 Dave and Adam's is one of the largest sellers of trading cards and collectibles in the world. Located just outside of Buffalo NY, the company operates two retail stores as well as the e-commerce website www.dacardworld.com
View all posts by Dave and Adam's Card World →
2014-15 Panini Hoops Basketball preview
Upper Deck teases big hits from 13-14 The Cup Hockey