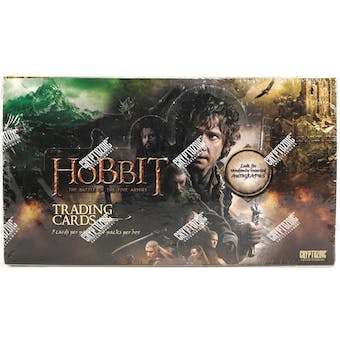 The Hobbit: The Battle of the Five Armies Trading Cards Box (Cryptozoic 2015)