By Dave and Adam's Card World on August 30, 2018 in Blast from the Past, Gaming News & New Products, Video Games

Pop Quiz Time: What was the first home console Sega produced for the North American market? Many casual gamers and collectors might think that was a softball question and answer with 1989’s Genesis. They, however, would be wrong as it was the Sega Master System released to compete with Nintendo’s NES in the Fall of 1986. Our head video game buyer Tony Meyer has recently been following the renascence of this system and has some interesting thoughts on its legacy. Take it away Tony! 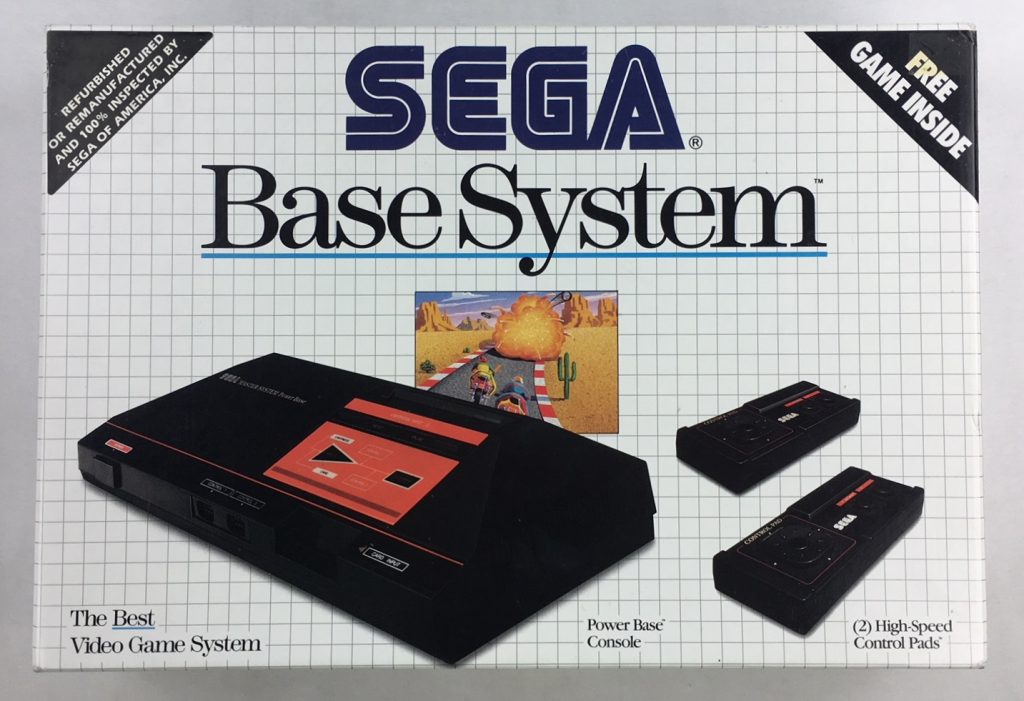 Growing up I had no idea about this system, you either had a Nintendo NES or a Sega Genesis. Once I started collecting I kept coming across these strange packaged Sega games from time to time and thought they were imports – but they were in fact Sega Master System games! The Sega Master System was originally named the Sega Mark III in Japan upon its release in 1985. Before it was released here in the US (North America), Sega redesigned and renamed it to the Sega Master System. It was released in 1986 to a lackluster response, by this time the video game market was just starting to turn around and most home video game console owners had a Nintendo NES already. This was the first chapter in the console war between Sega and Nintendo that would last two decades before Sega ceased console production after the Dreamcast release. 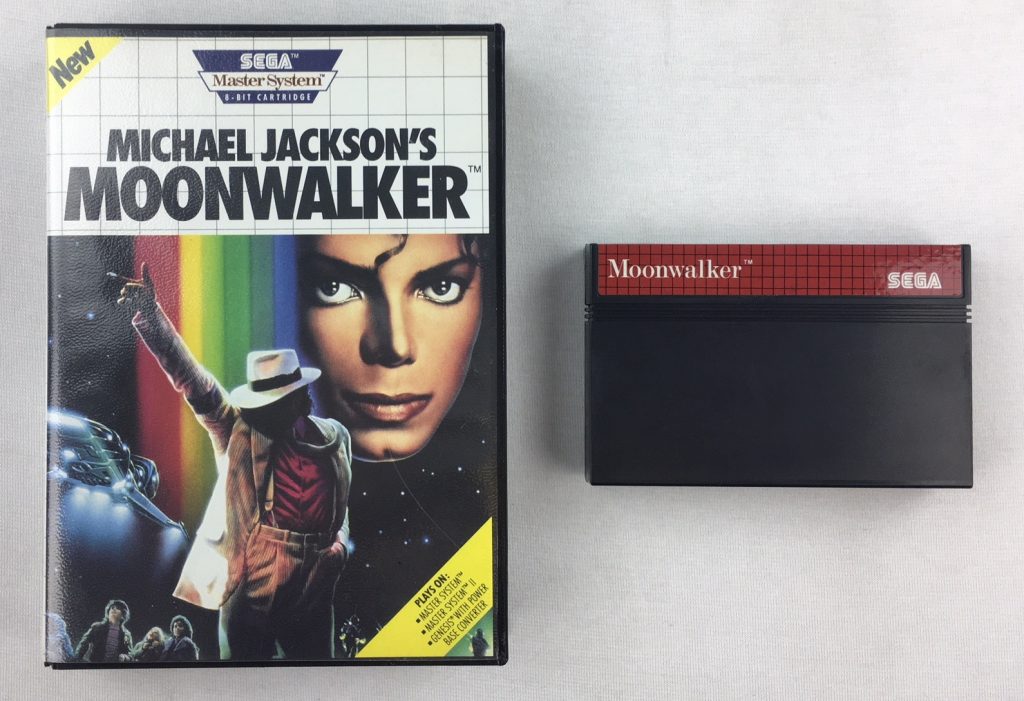 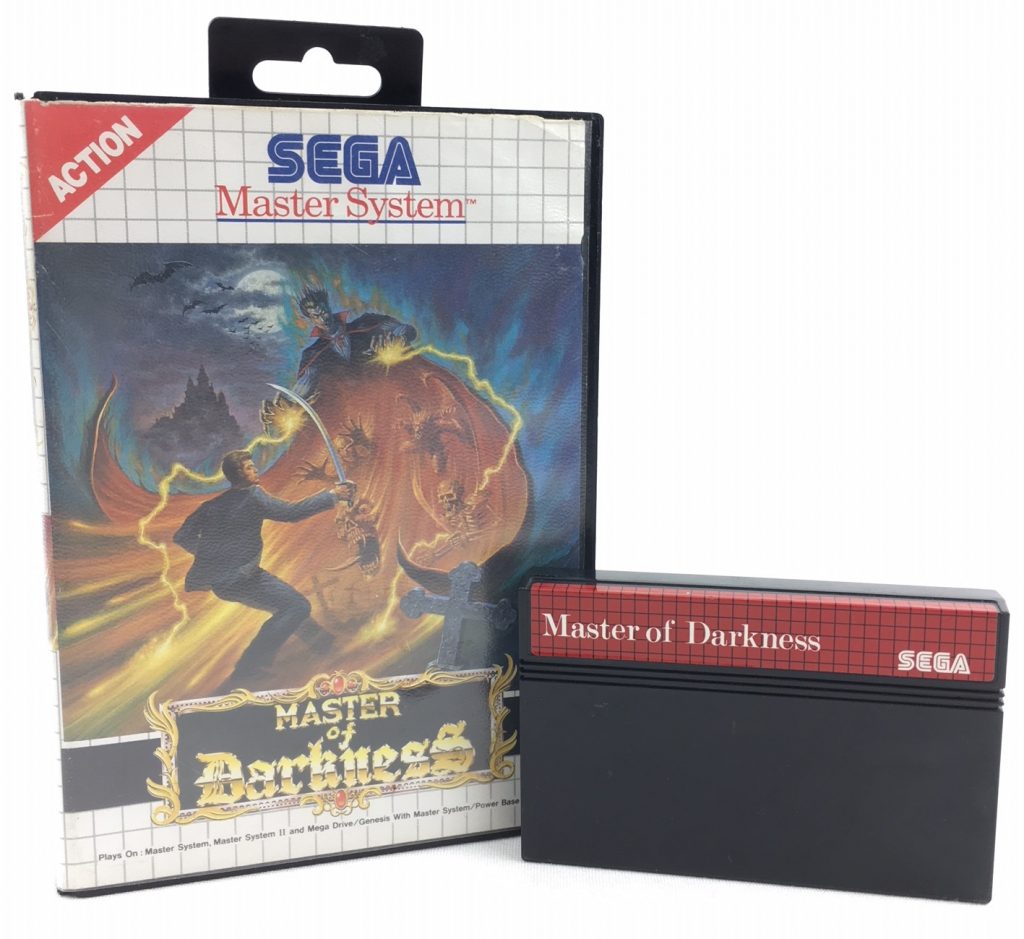 Despite having superior and more up to date hardware than Nintendo, Sega still failed to sway the average American family to their home console. With that being said the system still sold over 13 million units in North America which could be considered successful on its own, but when comapred to the Nintendo NES (which sold more than 7 Million consoles in 1988 alone) you start to see the reason for it’s forgetfulness. While most consumers that purchased the first Sega console were happy and pleasantly surprised there was still no comparison to the Nintendo NES especially when it comes to the games itself. Fast forward to today the Sega Master System has been gaining a little bit of a resurgence in the collecting market. Working consoles that are complete are increasingly becoming difficult to find, and the prices are starting to climb on them. I have talked to a few Sega Master System collectors asking them why they are getting into collecting this system right now and this is what they had to say… One collector told me they use to have a Sega Master System and it was their favorite console growing up and right now is the time to get one before they are to expensive. Some other collectors told me they have always wanted to play the first Sega console and experience some one of a kind games.

The Sega Master System is quickly becoming one of the most popular and hardest to find systems on the market. Here at Dave and Adams we are having a tough time keeping them in stock when we do find them. If you have any other additional questions about the console, its games or Sega please email Tony at [email protected].

Dave and Adam's is one of the largest sellers of trading cards and collectibles in the world. Located just outside of Buffalo NY, the company operates two retail stores as well as the e-commerce website www.dacardworld.com
View all posts by Dave and Adam's Card World →
Product Preview: 2018/19 Panini Donruss Basketball coming this November!
Hit Parade Graded Comic Edition is back with Spider-Man Series 7!