DuckTales is one of the most recognizable franchises that exists whether the cartoon show, the toys, the catchy theme song and of course the video games. The DuckTales craze was at it’s peak during the late 80’s and early 90’s and was seemingly everywhere. When it comes to Nintendo, anything popular during that time period had a Nintendo Entertainment System (NES) video game and DuckTales was no exception. Our head video game buyer Tony Meyer recently purchased a great boxed copy of DuckTales 2 and he has been getting a lot of questions as to why it is so expensive. So without further ado here is some more information and background on the game courtesy of Tony himself! 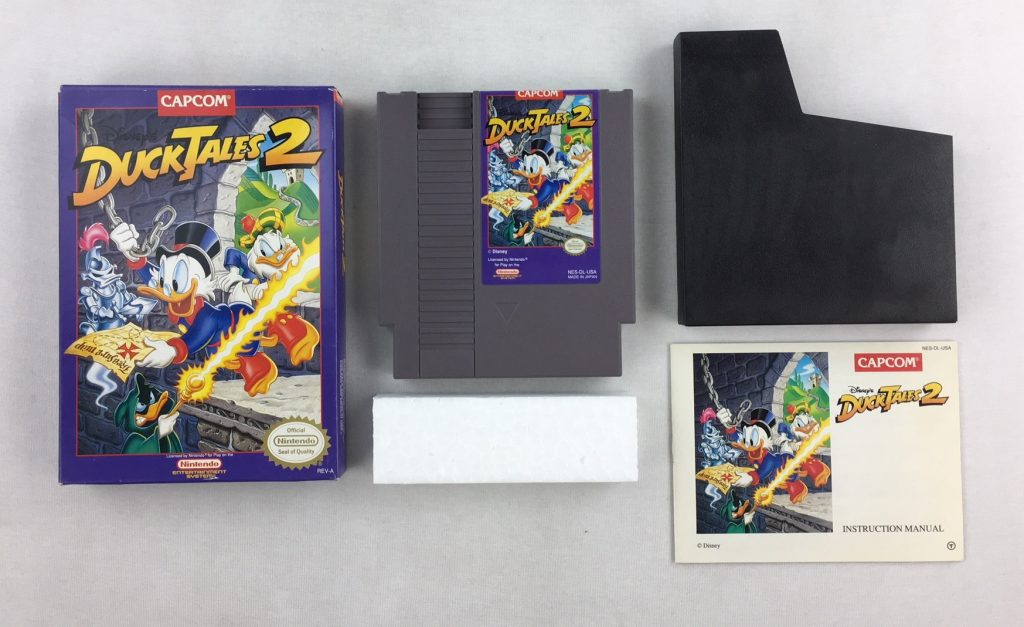 The first DuckTales game for Nintendo was released in 1989 on the NES, the game was published by Capcom and was an extremely popular game upon its release. Capcom was producing some of the best games for the NES at the time and could seem to do no wrong. They also published other classics like Chip & Dale Rescue Rangers, G.I. Joe, Darkwing Duck and of course the Mega Man series. The first DuckTales game went on to sell over a million copies worldwide and was one of Capcom’s best selling titles on the NES. With the success of the first game Capcom began production on the sequel to the smash hit which would be released in June of 1993 near the end of the Nintendo NES life cycle. Everyone at that point was waiting for the Super Nintendo to be released so most NES games had a limited production run. Because of Nintendo cutting back the production on NES games in favor of SNES games at the time, the sales were extremely low. Despite the game having great game play, graphics and the same style as the original it still had poor sales. One factor that also contributed to this was the very similar covers and art work of both games. Parents often used the excuse saying “we already bought you that game” because they looked the same. The two Chip & Dale Rescue Rangers games have the same exact problem. You can see in the side by side comparison of the front of the boxes they do have some similarities. 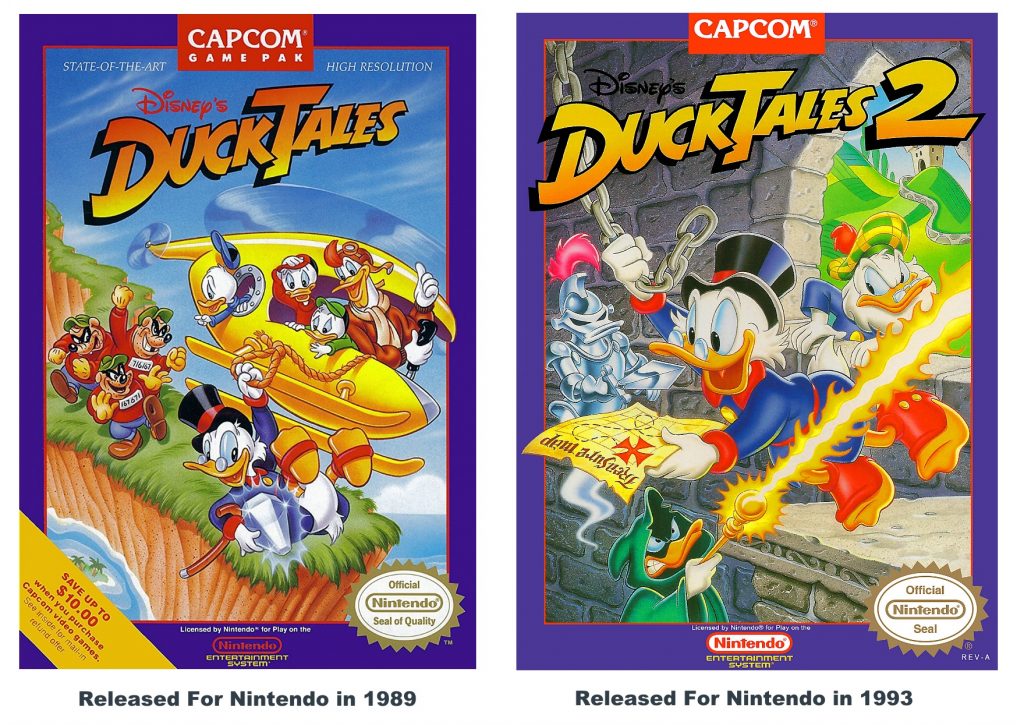 Thanks Tony! The boxed complete copy of DuckTales 2 is on our website for sale right now. It is very rare to find a copy of this game especially with the box and manual. The game itself is just absolutely beautiful with no flaws on the cartridge at all and tests great. If you have any questions about this game or are looking to sell some unwanted video games please contact Tony at his email address [email protected]

Dave and Adam's is one of the largest sellers of trading cards and collectibles in the world. Located just outside of Buffalo NY, the company operates two retail stores as well as the e-commerce website www.dacardworld.com
View all posts by Dave and Adam's Card World →
Hit Parade POP! Vinyl Signature Edition Series Two releases this Friday!
Eric’s Travel Journey – Calgary Comic Expo 2018