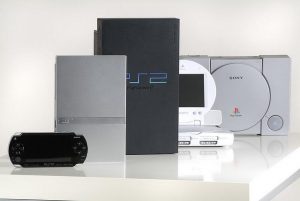 When Sony announced that the new PlayStation system would have the power to play your old games the industry erupted. At this time Nintendo was still the powerhouse in video games and they had never attempted to do anything like this before. Could you imagine being able to play your Super Nintendo Games on the Nintendo 64? This was a huge marketing tool for Sony and a selling point for the system. Consumers that already owned Sony PlayStation games did not have to discard them; they were still useful and could be played. On the opposite hand as well, new consumers were basically getting two systems for the price of one. Sony were basically geniuses for making this possible, and for every new system released since then, the question is always asked “Is this going to be backwards compatible?” 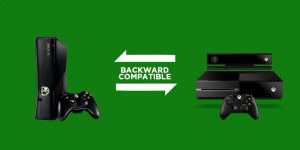 After seeing the success and popularity of backwards compatible systems Nintendo, and new comer, Microsoft saw they had to follow. Nintendo did not have a backwards compatible system until the Wii which also played GameCube Games. GameCube was Nintendo’s first disc based console which is why it took them such a long time to catch up. Microsoft has always made sure that its systems are backwards compatible with each other from their launch. Xbox 360 can play original Xbox games, Xbox One can play Xbox 360 games and so on, the one criticism Microsoft gets is that not every game is compatible. Last month at the Electronic Entertainment Expo (E3) Microsoft announced what all Xbox One owners will be happy to hear: Xbox One and the new Xbox One X can play original Xbox games on it again. Microsoft has not said much about which games can be played yet but has teased two games that will be available – Crimson Skies and Fusion Frenzy. The ability to be able to play more than one video game system on a single console is a concept that is convenient for collectors and gamers alike. Being able to save space and money by not having 12 consoles hooked up to your TV is a win for everyone. Why plug in a PSOne console and wait for the long load times, when you have a PlayStation 2 already hooked up, etc. Some collectors will own every system but only have one or two hooked up at a time to play. Even third party companies have started making consoles that can play three or five different game systems on them.

Is the backwards compatible trend for video game consoles going to continue into the future? The Nintendo Switch that just came out recently does not have the ability to play old physical games on it, but the new Xbox One X will. After the announcement by Microsoft, the price of original Xbox consoles and games has risen, and it looks like it is not going to slow down anytime soon.

Dave and Adam's is one of the largest sellers of trading cards and collectibles in the world. Located just outside of Buffalo NY, the company operates two retail stores as well as the e-commerce website www.dacardworld.com
View all posts by Dave and Adam's Card World →
Dak Prescott Auto’s – It’s Not Panini’s Fault
2017 Hit Parade Baseball Graded Card Edition – there’s no waiting for the hits!