Upper Deck shared some jaw-dropping previews of 2014-15 Premier Hockey, which releases next week, on its Facebook page. We’ve plucked out a few of our favorites to share here, but you can check out the entire gallery on the UD Facebook page. 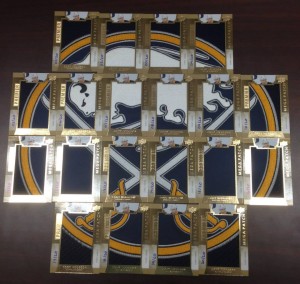 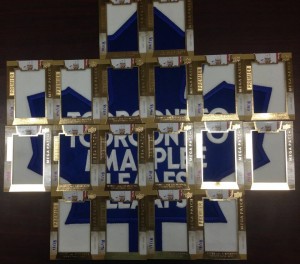 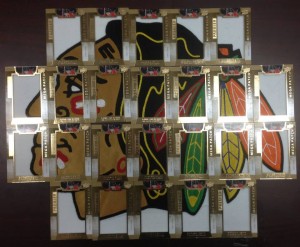 2014-15 Premier Hockey is going to have some monstrous Mega Patch cards. These have jumbo-sized patch pieces, and are hand-numbered. As you can see from the pictures above, you can assemble an entire team logo patch if you collect all of the patch cards for a particular player. 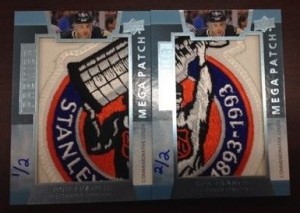 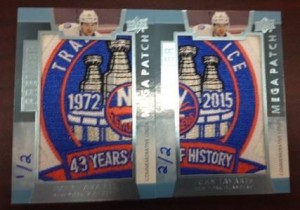 There are also some great commemorative patch cards to find. These can be from team anniversary logos, alternate logos or special events (outdoor games, playoffs, etc.). 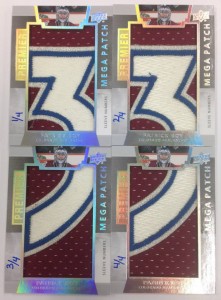 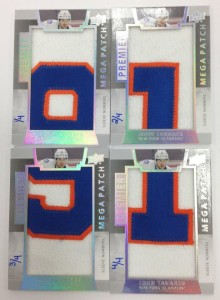 Premier has some fantastic looking autograph booklets as well. Rinks of Honor salutes great arenas from the NHL’s past and the legendary players that played in them. 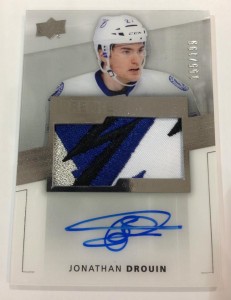 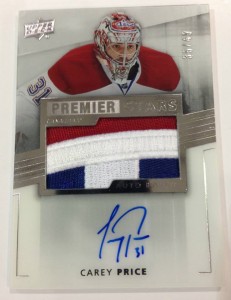 To see more of 2014-15 Upper Deck Premier Hockey check out DACW Live’s case break when it releases on July 22. 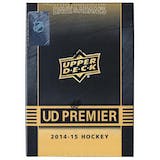 Dave and Adam's is one of the largest sellers of trading cards and collectibles in the world. Located just outside of Buffalo NY, the company operates two retail stores as well as the e-commerce website www.dacardworld.com
View all posts by Dave and Adam's Card World →
Dave & Adam’s Buying Team: Rare, sealed box of MTG Antiquities
Upper Deck shares first glimpse of design for 2015-16 Young Guns