Tiger Woods returns to golf this week after a long hiatus. Everyone will be watching the world’s greatest golfer next week as he competes in the 2009 WGC-Accenture Match Play Championship in Marana, Arizona. Upper Deck is celebrating Tiger’s return with several new insert cards that can be found in the company’s newest baseball and football trading card releases.

As a way of commemorating Upper Deck’s 20th Anniversary, the company has produced a gigantic, 2,500-card set that chronicles the last 20 years of sports, politics, pop culture, world history and technology. The 20th Anniversary cards are inserted randomly into all 2009 Upper Deck Baseball releases. Tiger Woods cards in the set show his start in the professional ranks from 1996 to his rise to legendary status today.

The 20th Anniversary insert set also has a memorabilia card subset which includes two Tiger Woods cards. These cards include a swatch from one of Tiger’s tournament-worn shirts embedded on the card front. 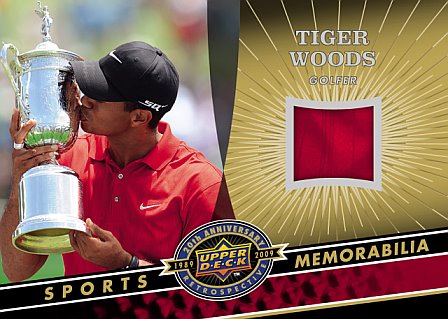 In late April, collectors can search for rare Tiger-signed cards in 2009 Upper Deck Goudey Baseball where he appears in the “Sports Royaltyâ€ insert set. In the past, Tiger Woods autographed cards from this set have sold for thousands of dollars due to their rarity and the high-demand for his collectibles. 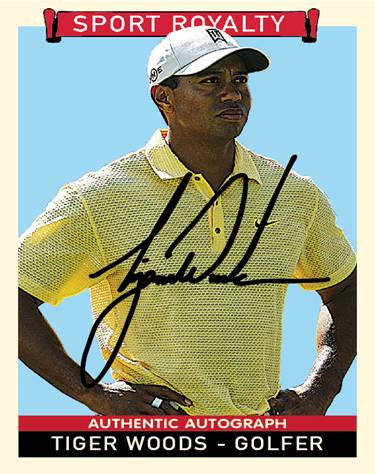 Two limited signed insert sets of Tiger are included in 2008 Upper Deck Ultimate Collection Football, which released last week, and 2008 Exquisite Football which releases on March 4. The signed Tiger Woods “Ultimate Championsâ€ cards from 2008 Upper Deck Ultimate Collection shows Tiger as we last saw him, celebrating the putt that forced a one-round playoff at the 2008 U.S. Open. The Exquisite Signature Patch cards include not only Tiger’s signature, but a swatch from one of his match-worn shirt as well. 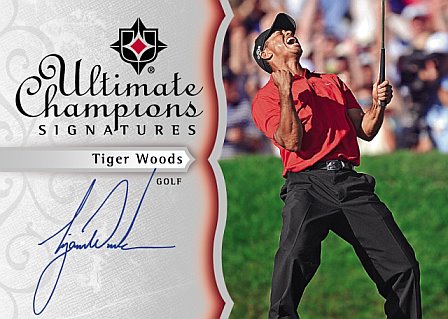 It is important to note that Tiger added a special inscription to one card from each of these sets. The inscription reads: “08 U.S. Open Champion.â€ 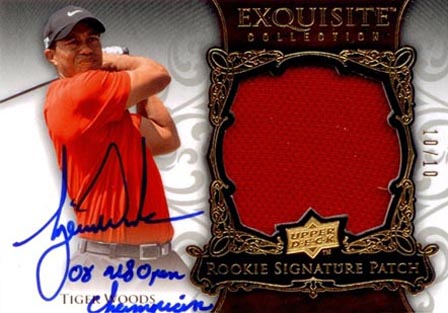 “Trading cards of Tiger Woods remain a huge draw for collectors and golf fans around the world,â€ said Jason Masherah, Upper Deck’s senior brand manager. “Upper Deck is excited to bring his fans so many unique offerings in a variety of our products this year. We are proud to be partnered with such a great champion.â€