What’s Up in the DACW Live Lounge – September 21st

By Dave and Adam's Card World on September 21, 2016 in Uncategorized

What a week of releases here in the lounge, two hobby (and personal) favorites Panini in 2015/16 Immaculate Basketball and 2016 Spectra Football. Those coming out on the same day could no doubt be considered an early birthday gift for Sean and I as well as the awesome hits we pulled for our breakers!

I’ll start out with Immaculate Basketball, which every release since its inception four years ago makes the hobby stop dead in its tracks and the insane rush for 1/1 Logoman cards is on. Rarely do new-high end products just burst onto the market and almost set the standard for the highest of top end rookie cards, but no doubt Immaculate Basketball has. I think that it was able to vault above National Treasures with unbelievable relics and a stronger emphasis on the Logoman cards really increases the “drool factor” that drives the product. We were lucky enough to pull I guess a “half Logoman” relic auto from our breaks. But it no doubt does not take away from the insanity that is pulling a 1/1 Kyrie Irving! Like c’mon is there a better time to pull this? Coming off an amazing NBA Championship and a Gold Medal at the Olympics? Such a ridiculous card it would almost seem unfair to show any other hit that we pulled. Congrats to Eli for pulling this insane hit! 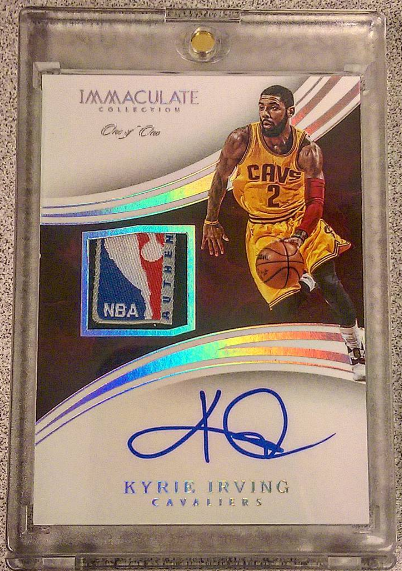 On to Spectra! I can’t say enough about this product, because Sean and I just love it so much. Last year’s release was so different and such a drastic upgrade from the 14 Spectra that it was without a doubt the best product of the year. We couldn’t open enough of it and this year Panini stayed the course and delivered another release of a fantastic product. I can’t tell you how huge the inclusion of Superfractors in this set is. For years they drove the market and putting them in this product tops off its beauty. They aren’t the hardest to come by either since there are so many parallel sets of base, relics and autos we’ve pulled several of them. You just get a real satisfactory feeling when you open it because the cards are so fun looking even if it isn’t the best of boxes. Check out the great pulls we’ve had so far as I’m sure that there will be more! 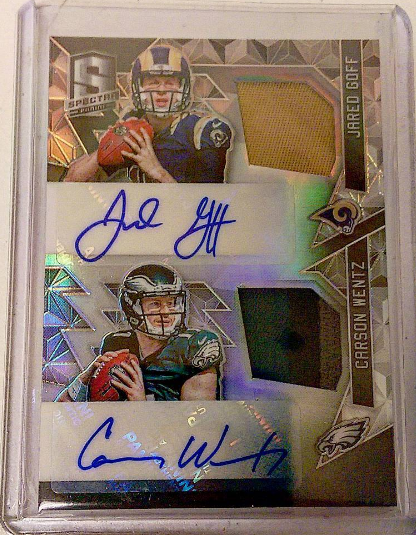 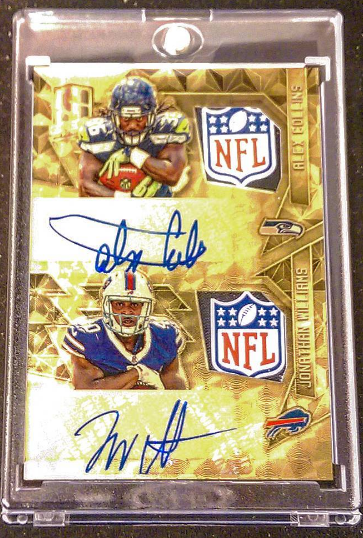 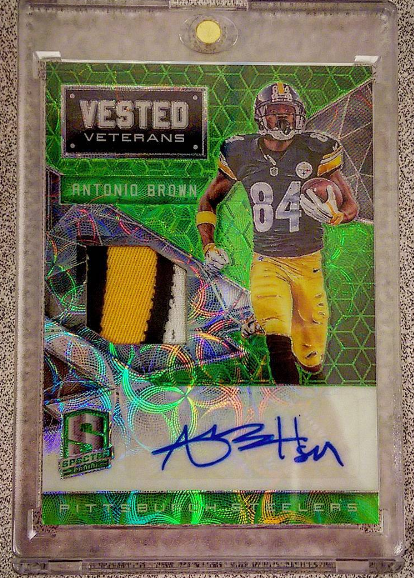 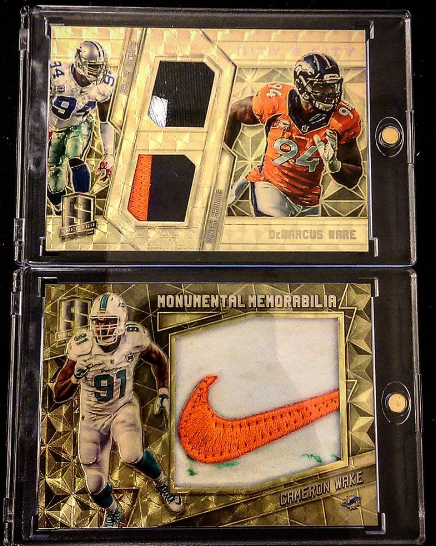 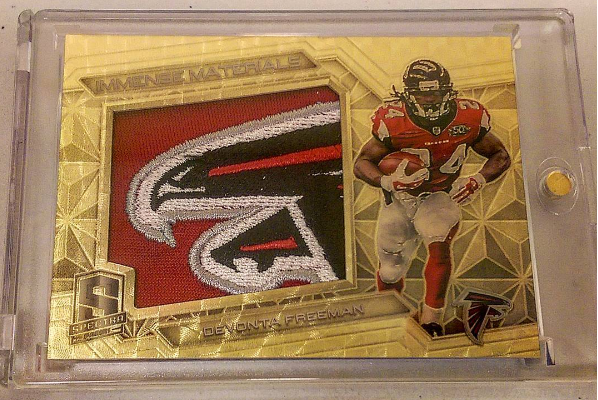 Before I get to my favorite hit of the week, I just want to commemorate a really cool moment in the Lounge. We opened cases of Lounge classics; 2014 Absolute Football and 2015 Topps Five Star Baseball back to back. In both cases Bo Jackson autos popped up. Bo Knows the Lounge and it’s always awesome to pull hits from one of the greatest athletes of all time. 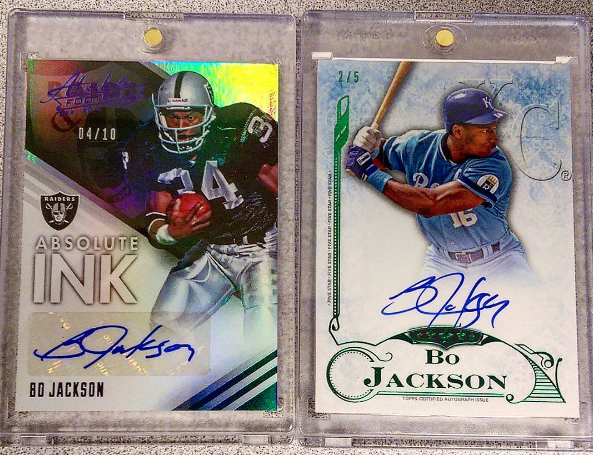 My favorite hit is without a doubt this 2016 Donruss Brett Favre 4/4 auto. We haven’t opened that much Donruss in here but this certainly makes us want to open some more! Honoring Brett’s induction into the Hall of Fame this past summer the card is incredibly sharp and with Donruss being such a big set the idea of actually pulling it (let alone the jersey numbered one) kind of ridiculous. 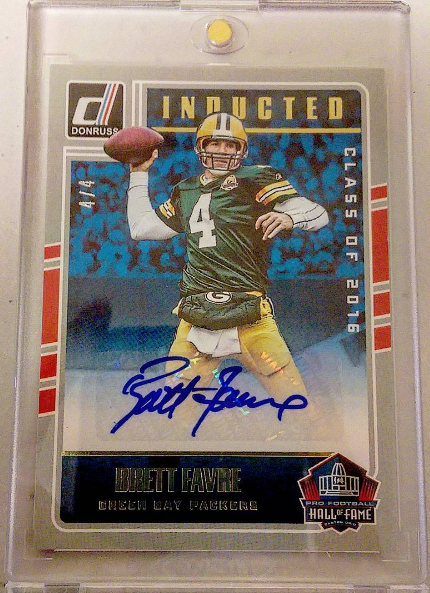 That’ll just about wrap up this edition don’t forget to join our weekly fantasy football breaks as well as joining our Sean vs. Alex Hockey Mixer breaks! Make the right choice and join my break. Also always check out the great hits not shown here on our Instagram page!

Dave and Adam's is one of the largest sellers of trading cards and collectibles in the world. Located just outside of Buffalo NY, the company operates two retail stores as well as the e-commerce website www.dacardworld.com
View all posts by Dave and Adam's Card World →
Dave & Adam’s Video Game & Toy Buyers Headed to Cincinnati Comic Expo
Buying Team Stories – A Unique Piece of Women’s Golf Memorabilia