By Dave and Adam's Card World on November 4, 2014 in Uncategorized

2014-15 Upper Deck Hockey Series 1 will be available starting tomorrow (11/5). UD has been posting teaser pics through its social media channels, but if you missed them here are a few of our favorites. 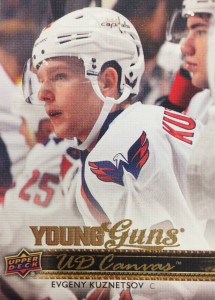 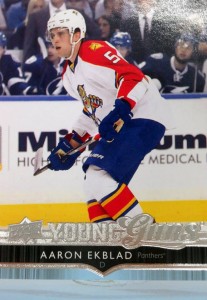 Upper Deck Young Guns has traditionally been some of the best releases of rookie cards each year. 2014-15 Hockey Series 1 features the top three overall picks from this year’s NHL draft, Aaron Ekblad, Sam Reinhart and Leon Darisaitl, as part of their Young Guns series along with top prospects, including Anthony Duclair, Evgeny Kuznetsov and Curtis Lazar. 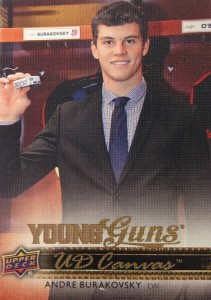 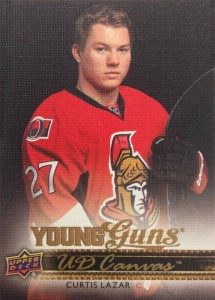 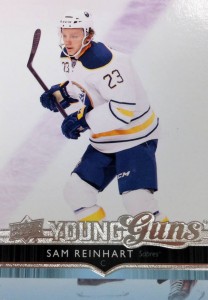 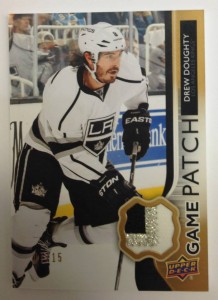 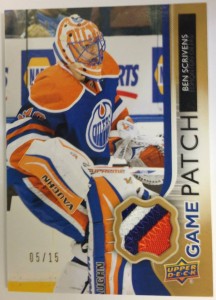 As we have documented in the past few weeks this is the 25th anniversary of Upper Deck. To commemorate this in 2014-15 Series 1 Hockey UD has included autographed buyback cards from their initial hockey release, 1990-91 Upper Deck Hockey. These are exclusive to hobby boxes and come numbered to 25. 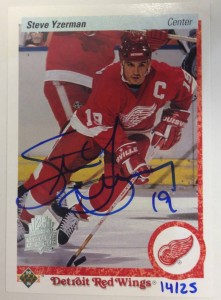 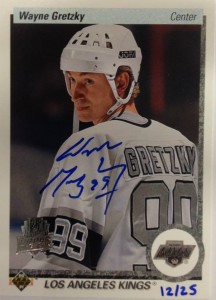 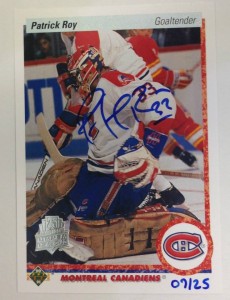 The 1990-91 Upper Deck Hockey featured the rookie cards of two hockey greats: Jaromir Jagr and Ed Belfour. It’s hard to believe that 25 years later that Jagr is still playing in the NHL. Both of these buyback cards are hidden in 2014-15 UD Hockey Series 1. Joe Sakic buyback cards are available as well from before his move to Colorado along with the rest of the Nordiques franchise. 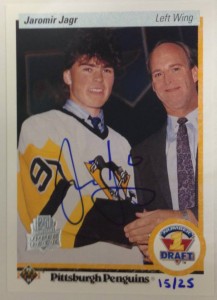 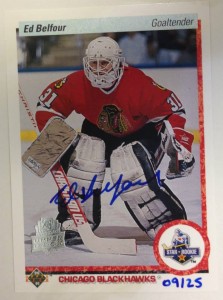 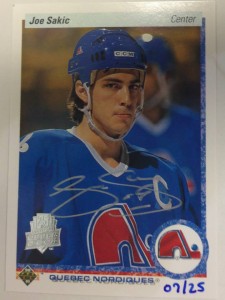 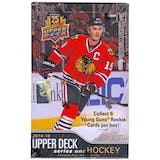 Dave and Adam's is one of the largest sellers of trading cards and collectibles in the world. Located just outside of Buffalo NY, the company operates two retail stores as well as the e-commerce website www.dacardworld.com
View all posts by Dave and Adam's Card World →
Panini Locks Up More Exclusive College Deals
Dave & Adam’s buyers hitting the road in two countries this weekend